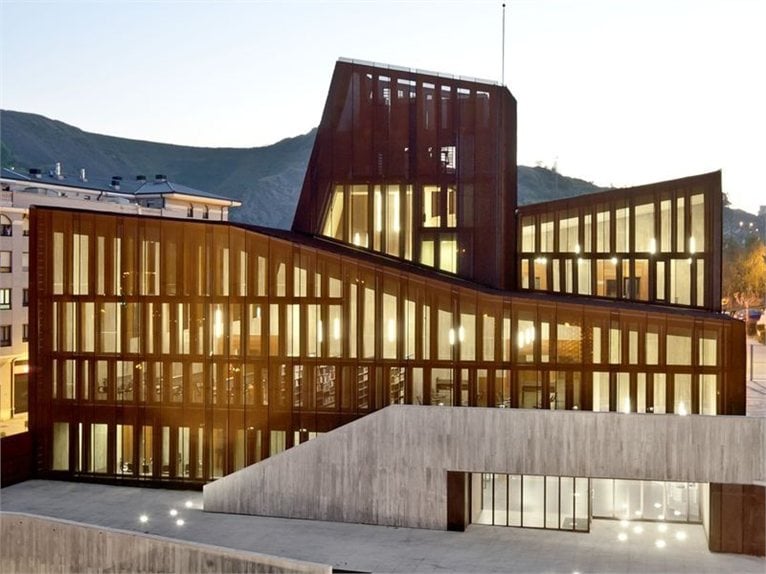 The young architectural office aq4 arquitectura has designed OKE the new Culture house and library in Ortuella, a small town in the Basque Country which is part of the “Greater Bilbao” area.

Culture is at home in the Basque Country, at least since it was decided to make it the driving force to revitalize the entire area, which in the past was only plundered by mines and polluted by heavy industry. This interesting experiment shows how this recovery will be widespread, even managing to involve a very small town, albeit just a few kilometres from Bilbao.

After Gehry's Guggenheim Museum, investments in culture have never stopped, demonstrating that an evolution in this direction can be sustainable in the medium/long term due to its positive impact in terms of tourism and image.

The architects, aware of the size of the “underground infrastructures” that have dug into the hills and mountains surrounding the town, the architects decided to leave a new and finally visible sign on the territory. The angular shapes in Corten interact with the surrounding landscape, but especially with the urban fabric, opening both to the main square and to the main road running through the centre.