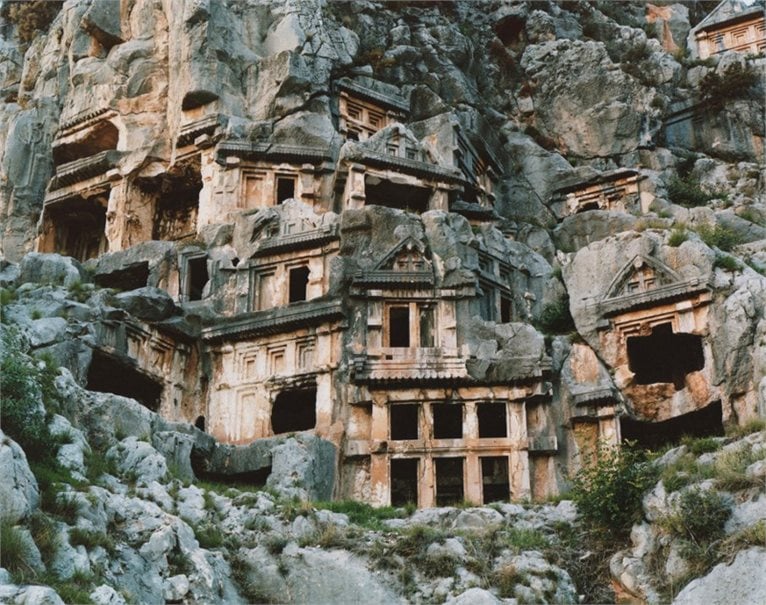 Domingo Milella's forthcoming solo exhibition at Brancolini Grimaldi, his first in the UK, features new images of important ancient sites in the Mediterranean, where remnants of power, culture, life and death are captured. Over the last ten years, Milella's subjects have been cities and their borders, cemeteries and villages, caves and homes, tombs and hieroglyphs - in short, signs of man's presence on earth.  His interest lies in the overlap between civilization and nature and how landscape and architecture are invested with individual and collective memory. 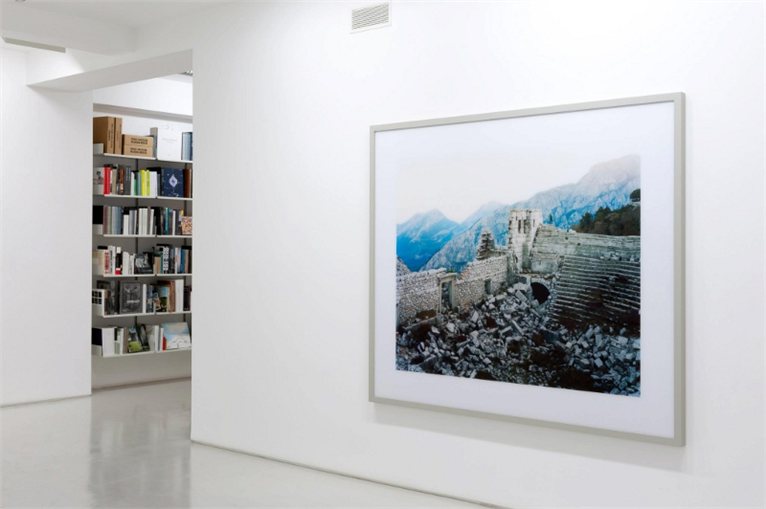 In the ancient Turkish city, Myra, Milella has photographed the spectacular tombs that are carved into stone cliffs, as if they are part of the mountain. The carved facades appear almost like a cluster of homes, the design reflecting how the wooden houses of the period would have looked.  In another image, Milella has photographed a sanctuary in Phrygia, a lime stone formation filled with ancient holes, shaped by both natural and human interaction.  A place of refuge, of spiritual purpose and sacrifice, the sanctuary encapsulates Milella's enquiry into an identity which is simultaneously archaic and contemporary. 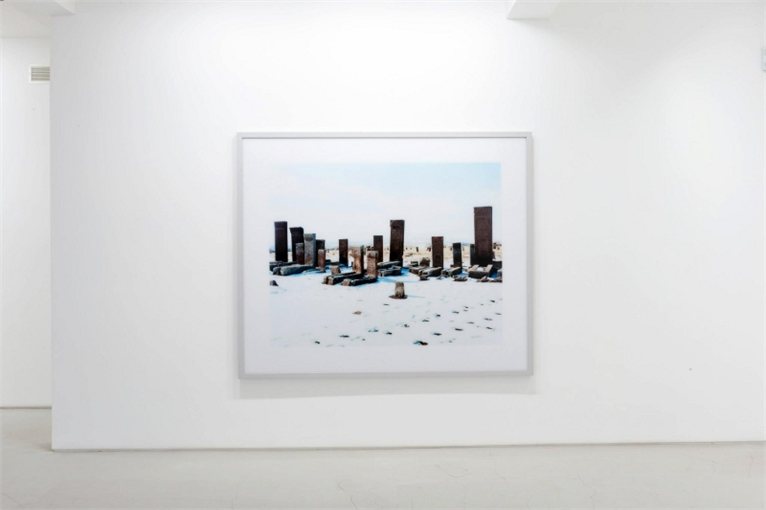 The fallen ruins of the Greco-Roman theatre of Termessos stand at 1600m above sea level and almost appears to be part of and contained by the Taurus mountains that surround them. They have endured over two thousand years of elemental weathering, frozen in time on the day the city was abandoned. The idea of durability and the passage of time on language and culture are also present in the image of the cemetery at Van, a city on the border between Turkey and Iran. Muslim graves stand in a snowy field.  Their height and dark, monolithic presence make them appear like the skyline of a modern city. Inscribed with Selgiuchid writings, the graves are an architectural model of time, of memory and of survival. 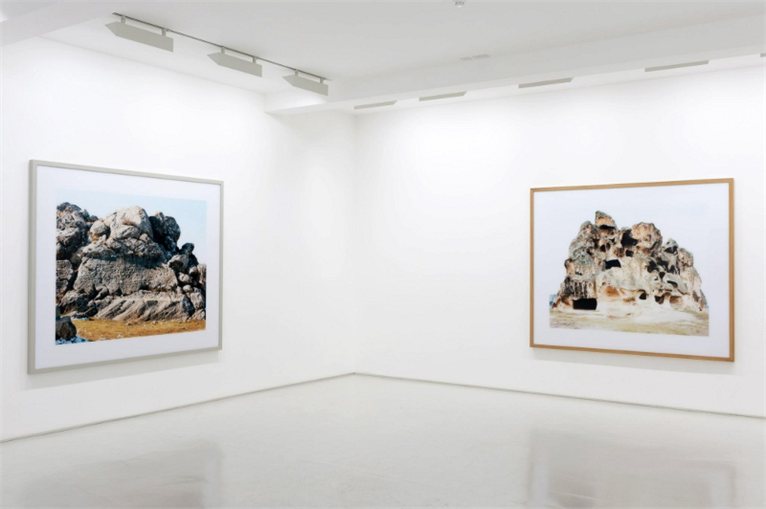 The hieroglyphs of Hattusas date from 1200 BC and tell the story of military glory of the last Hittite emperor. Milella's image reflects on the physical achievement of carving a rock with language, but also on a message that has survived thousands of years, whose meaning is almost lost, but which has survived the collapse of empires, nations, culture and languages. In an image taken in Cavustepe in the Neoassiro area of now modern Kurdistan, we see conic writing inscribed in granite, the first form of writing invented by human kind and still intact despite being exposed to the elements.  While in the 21st century much of our communication is transitory, instantly forgotten and lost in the digital ether, these ancient examples of writing make us question how we are writing our present, and how we are building memories in this digital era. 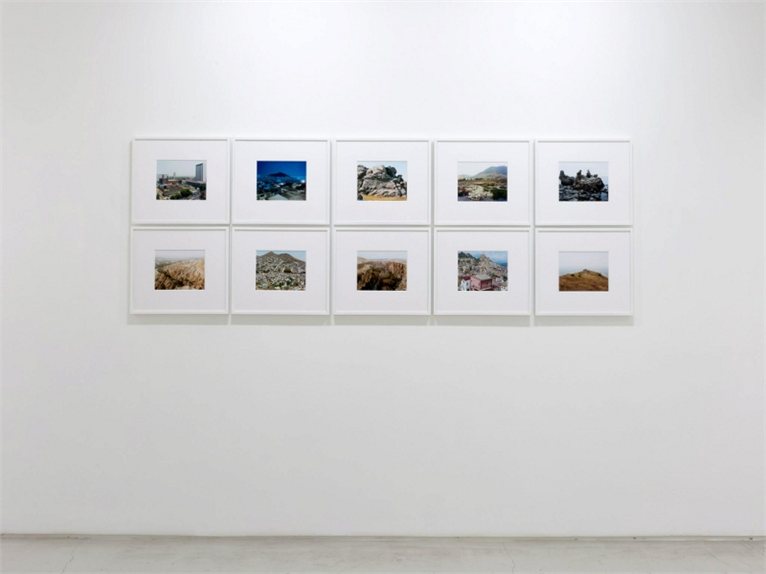 The exhibition will also include Milella's Index, a compendium of 30 of the most evocative images from his last decade of work, presented as a visual sequence of the themes and subjects that constitute his vision and quest.  Milella has said of his work, "Making images doesn't only mean documenting or taking photographs. It's also a possibility for contemplation and recollection. Building an image of the past is to face the present, and activate the possibility of the future." 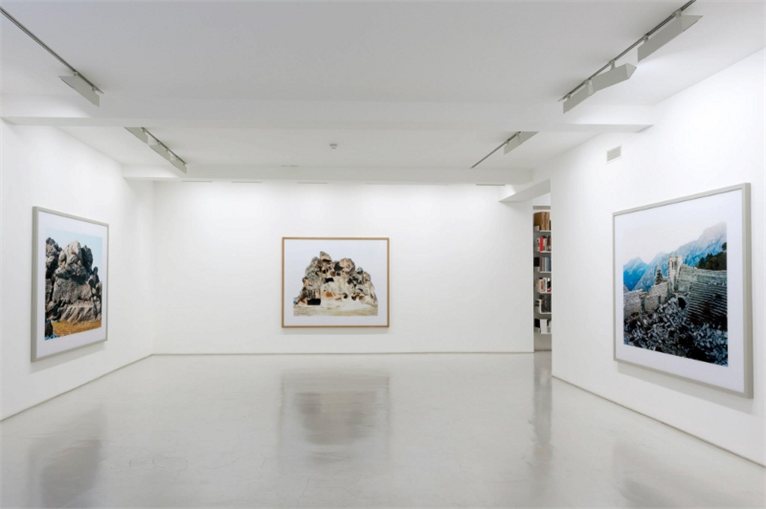 Milella's upbringing in Bari, a port town in southern Italy, has informed his work from the beginning.  Modern apartment blocks, bunkers left from the Second World War and industrial waste lay alongside olive fields, crumbling churches and the wild Adriatic Sea.  Bari continues to be a source of fascination to Milella though he has also made work in Mexico City, Cairo, Ankara, Anatolia, Sicily, Tunisia, Mesopotamia and now Turkey. 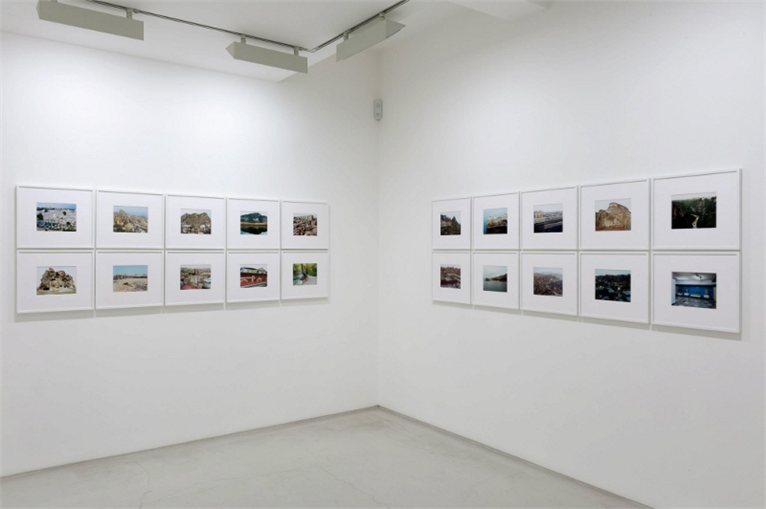 Milella, born in 1981, in Italy, divides his time between Bari and New York.  At the age of 18, Milella moved to New York to study photography at the School of Visual Arts (BFA 2005), where Stephen Shore was one of his teachers. He has since worked with Massimo Vitali, and Thomas Struth has been an influential mentor. Milella has exhibited at Brancolini Grimaldi (Rome), Tracy Williams, Ltd. (New York), Foam photography museum (Amsterdam), the Venice Biennale and Les Rencontres d'Arles where he was nominated for the Discovery Award in 2011.