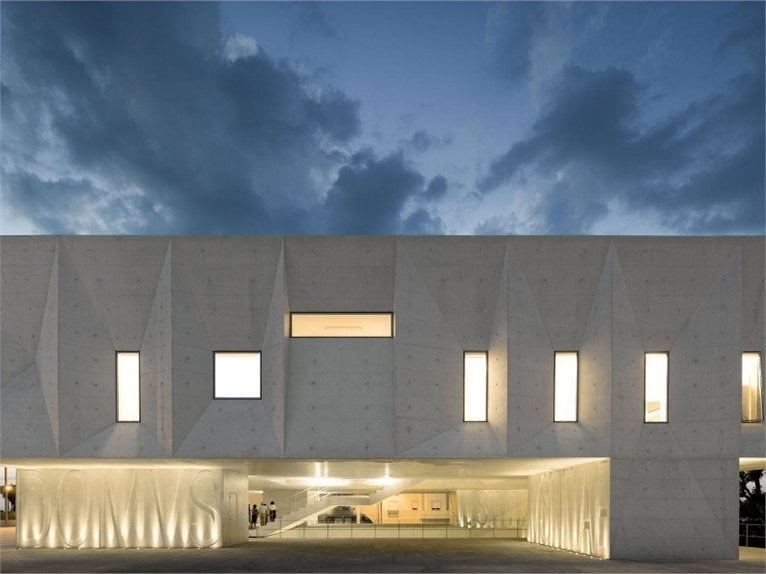 The new Gouveia Law Courts in Portugal inaugurated last year, were designed by Barbosa & Guimarães Arquitectos. The project, which replaced a demolished building, was built on a plot located between two public parks, at the end of Rampa do Monte do Calvário.

The building stands on four large “pillars” to ensure transparency and a connection between the two gardens that enclose it to the north and the south.

The features of dignity and significance that typify a building like a Law Court, are obtained by creating a single monolithic, white cement building, whose compact façades, consisting of “empty spaces deeply excavated”, make it seem to be suspended above the plaza.

A large staircase opens onto a patio that gives access to the Court floor. The lobby crosses longitudinally the entire building, communicating directly with the garden to the north and establishes a close relationship with the existing gardens.

Inside the volume, the courtroom stands out with its series of vertical skylights that cleverly illuminate the entire space.