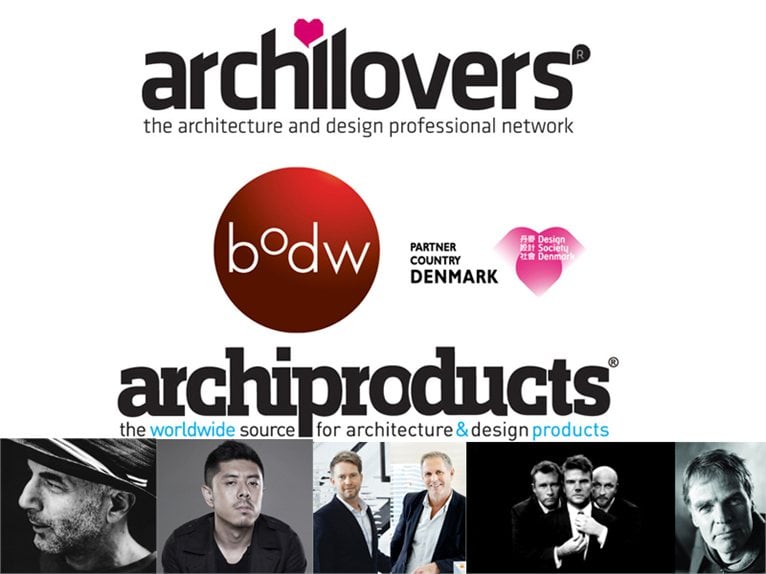 Now in its 10th year, BODW – to round off the Hong Kong 2012 Design Year – continues to inspire valuable dialogue through an unrivalled blend of forums, seminars, exhibitions and outreach programmes for designers, business leaders, educators, SMEs and the public to exchange ideas and address a wide array of 21st century challenges.

The BODW forum features a series of particularly high profile speakers over the three days 6th, 7th and 8th December including: Kim Herforth Nielsen and Kasper Guldager Jørgensen of 3XN Architects, who made the headlines recently for their Green School Stockholm, shortlisted for the Emirates Glass Leaf Awards (where Archilovers again features amongst the media partners), then there will be designer and architect Ron Arad best known for the Design Museum, Holon Israel – the First national museum dedicated to design and architecture in Israel, Thomas Heatherwick fresh from his efforts at this year's olympics and his design of the new hop-on hop-off travelmaster London Bus, which will be filling the capital's streets over the next few years, much to the delight of the younger commuters. Then there will be Bjarne Hammer - co-founder of SHL - schmidt hammer lassen architects - whose striking New University of Aberdeen Library in Scotland was officially opened by the Queen in september (see archilovers story), Ma Yansong - founder of Chinese firm MAD architects – whose Absolute Towers - Marilyn Monroe Penthouses in Canada were reported by the Chicago-based Council on Tall Buildings and Urban Habitat, a non-profit group of architects and engineers, as being among the world's best new skyscrapers and also Andrew Grant of Grant Associates - a company formed to explore the emerging frontiers of landscape architecture within sustainable development. They have worked on a number of award-winning projects, including the Cooled Conservatories, winner of the WAF building of the year and the Gardens by The Bay project at Marina South in Singapore. Winy Maas from Dutch Architects MVRDV, whose latest project is Book Mountain and Library Quarter Spijkenisse in Rotterdam, will also be speaking.

This year, BODW is partnering with Denmark.

However Business of Design Week is not just this, it has collateral series of events running parallel to it called Detour.

They incorporate the most original, bold and stimulating ideas from both Hong Kong and across the globe. This year, 2012 has been declared “Hong Kong Design Year” by the government and this year's DETOUR running from 30th November to 15th December will be the biggest ever to showcase China’s design capabilities.

In addition to forum and DETOUR, there will be the BrandAsia Forum, the Technology For Design seminar, and, this year, the Hong Kong Design Centre (HKDC) Awards with 10th Anniversary Gala Dinner.

Basically there is something for everyone: for Champions and connoisseurs of design, for companies looking for inspiration, for Entrepreneurs, innovators, highly-motivated business leaders, for CEOs and senior management interested in unleashing the power of design, for Policy makers and influencers, trade association leaders, for Academics and design educators and Students and all creative individuals.

Archiproducts and Archilovers are media partners of the event