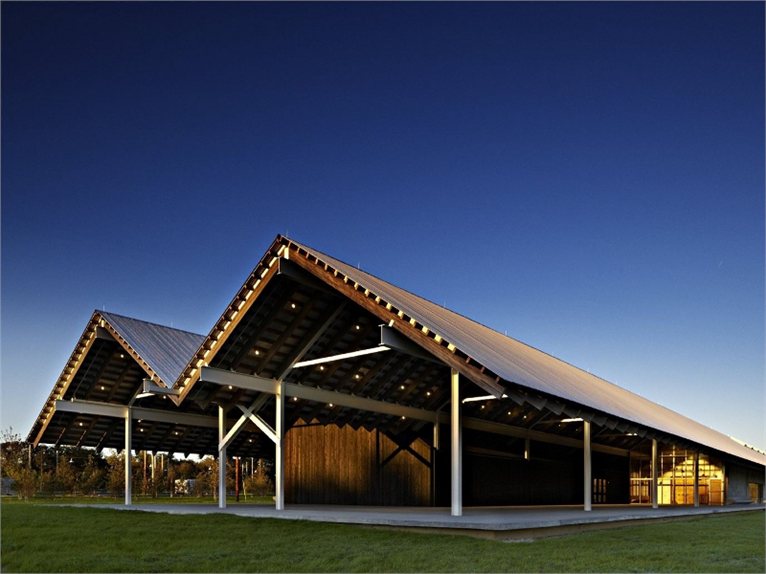 On November 10th Herzog & De Meuron Architekten inaugurated the New Parrish Art museum in Water Mill, a place near the town of Southampton, on Long Island, in the state of New York.

The new Parrish Art Museum is a commendable foray of contemporary architecture into the peninsula made famous by so many films with New Yorkers on the run from the Big Apple. Over the past hundred years, this is the first museum created from scratch on Long Island.

But that's not the only reason why it will be remembered, and maybe not even the most important one. Indeed the up and running building cost 26 million dollars, not a small amount in absolute terms, but 70% less than the originally planned budget.

This unique record in a category in which it is difficult to find fierce competitors derives from a careful review of the project made by the Swiss Starchitects. Far from the "Happy Isles" in Asia and the Middle East, the Parrish Art Museum has had to cope with the same hardships that many of their counterparts around the world had to face up to with the start of the economic crisis.

The new museum is in continuity with the architectural style of the East End, from the gabled roof, serving as a compact and lowered volume, which is over 600 meters long. The entry of natural light is favoured by the presence of skylights and large glass walls, from which you can observe the slightly melancholic beauty of Long Island.