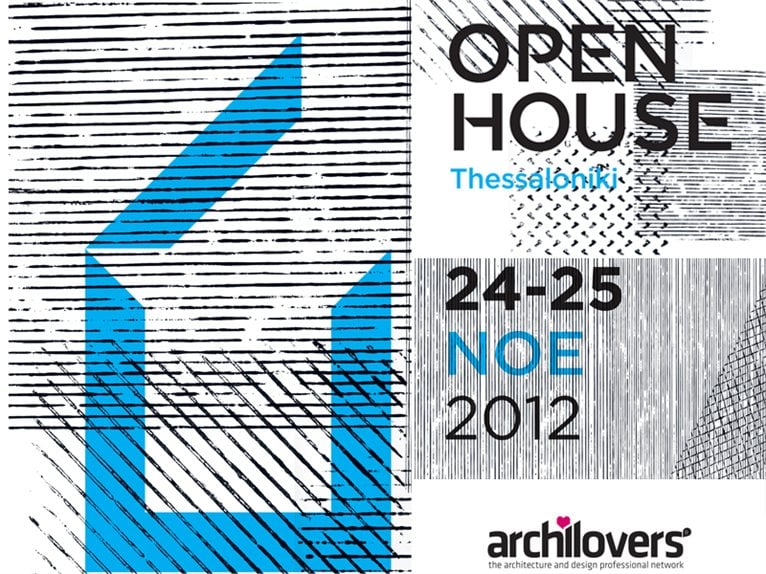 The Open House project, which began in 1992 in London is a marvellous project. The family now comprises 21 cities all over the world and provides an outstanding opportunity for promoting and advancing architecture. For a weekend a year the city becomes an open museum inviting people to explore and understand the value of architecture in their city or the city they are visiting.

This weekend (24th-25thNovember) Thessaloniki in the Region of Central Macedonia in Greece is hosting its first open house and the first to be held in this country.

Thessaloniki, like many other cities in Greece is more famous for its ancient architecture, indeed visitors will be able to visit places like Saint Sophia's church, built in the first quarter of the 8th century. A basilica with a dome, it is a transitional type from 'domed basilica' to domed cruciform church. Then there is the Latomou monastery, one of the oldest christian buildings in the city dating back to the end of the 5th century. It also contains hosts of outstanding works of art including the famous mosaic of “Ezekiel’s vision”, one of the oldest paleochristian artworks. It can be visited on Saturday morning 23rd November. However, the open house also includes more modern architecture including the neoclassical Excelsior hotel built in the 1920's but which was refurbished in 2010.

What makes Open House a unique event though is the presence of the architects in loco to explain to visitors everything that is behind an architectural work. In Thessaloniki visitors are also invited to visit architectural offices like that of schema4 architects who created their office in a disused brewery building, converting it to accomodate the needs of an architectural office. This young firm, established in 2001 will also be showing off the Thessaloniki Concert Hall Building they designed in collaboration with the famouse Japanese architect Arata Isozaki. Another architectural office OFFICETWENTYFIVEARCHITECTS – a Greek and German based group – will be present at their Private residence in the southern suburbs, a private residence, which is developed in four different levels and is designed to house a family of four. It is located in a hilltop near Macedonia airport with great panoramic view of Thessaloniki city and Mount Olympus.

If you are in the area, why not take a look. You will find the pocket guide in each of the project sheets indicated in this story.

Archilovers is delighted to be media partner of this and other Open House events.