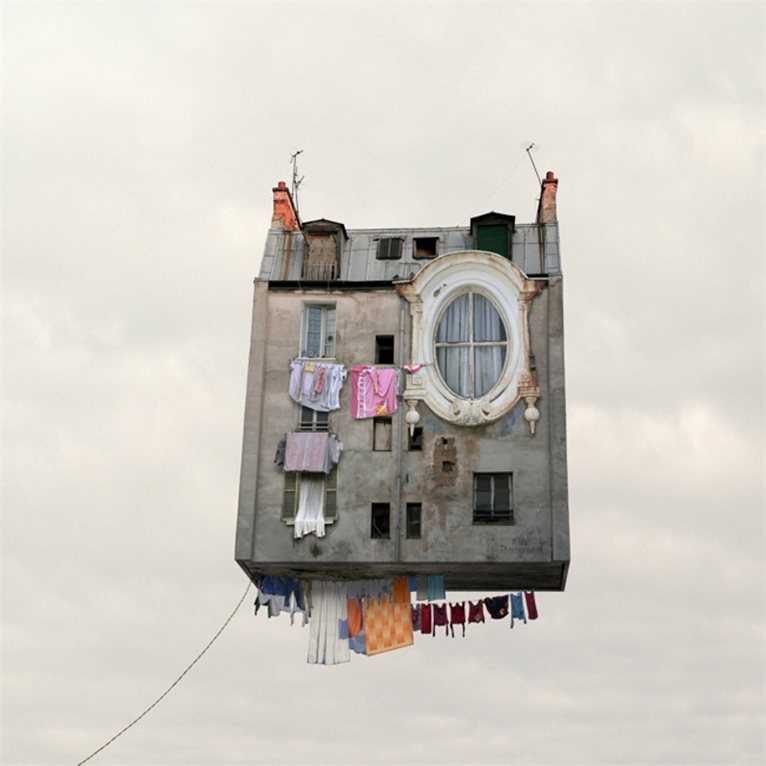 Employing traditional photography and digital manipulation, his surreal series, "Flying Houses", elevates architecture to a new level. The artist takes a variety of residential structures out of their defining neighbourhood. Released from the choked streets, the houses float amidst the clouds, like kites. 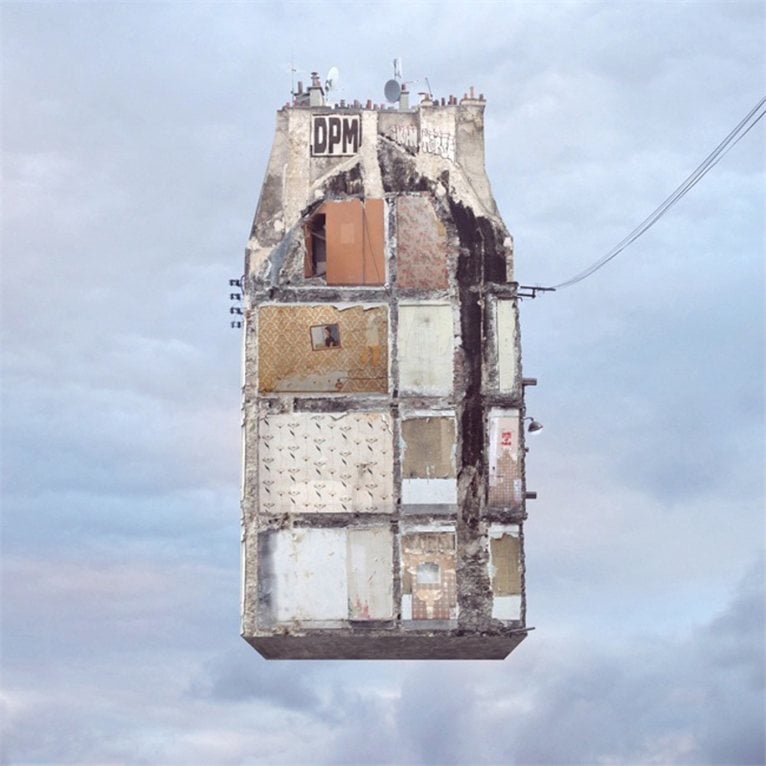 Inspired by the poetic vision of the old Paris and by the famous short-length film The Red Balloon directed by Albert Lamorisse, Laurent Chéhère has strolled around the Belleville and Ménilmontant neighbourhoods, glancing at their typical and “tired” houses. 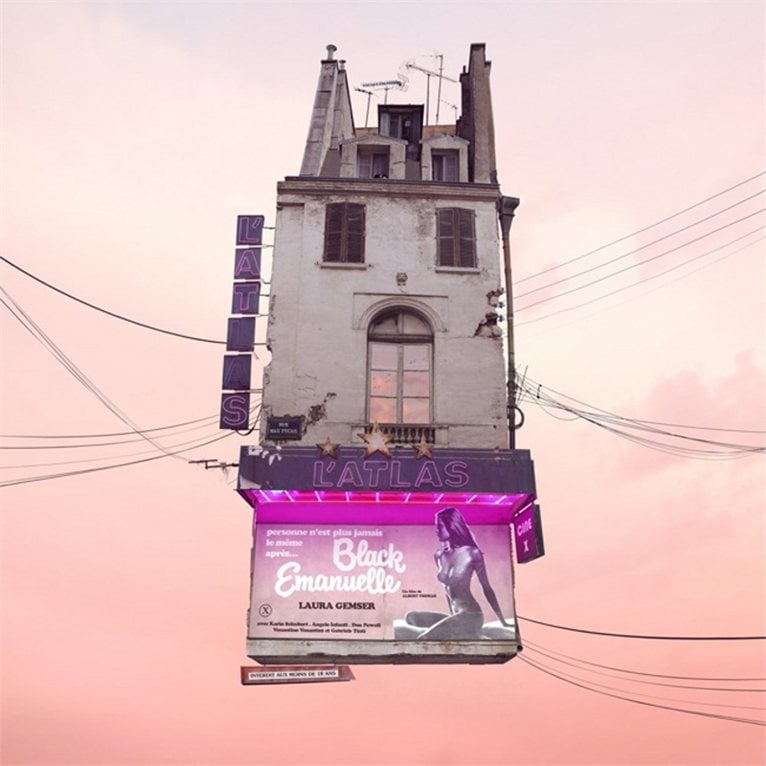 Captured mid-journey, moving above the clouds as they remain tethered out of frame, like balloons to their thin strings, these old edifices glide high above the surface, revealing their hidden beauty. 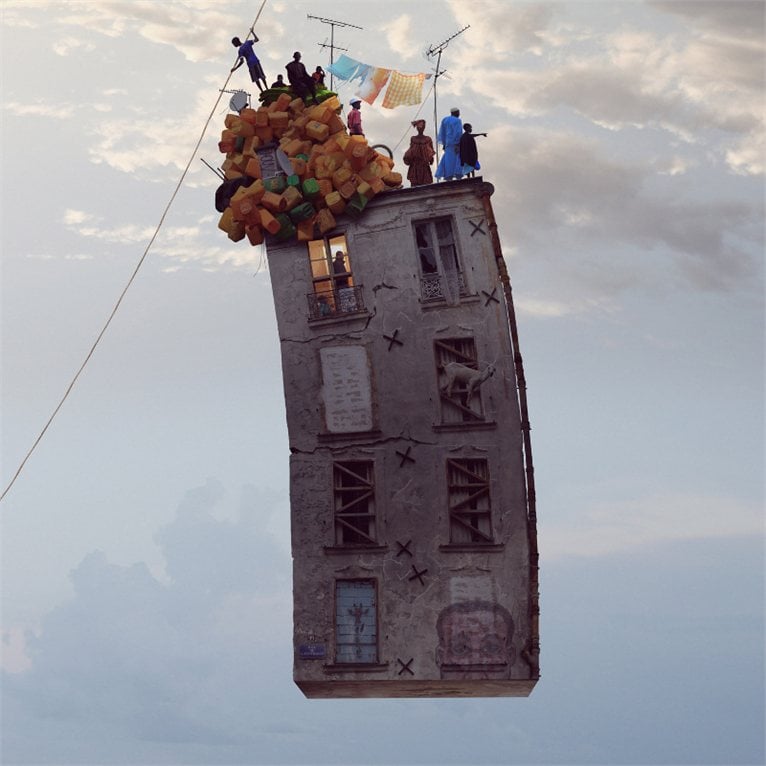 Some of the flying houses are adorned with clotheslines and flowers pots, while others carry signs and businesses away from the fire flames… 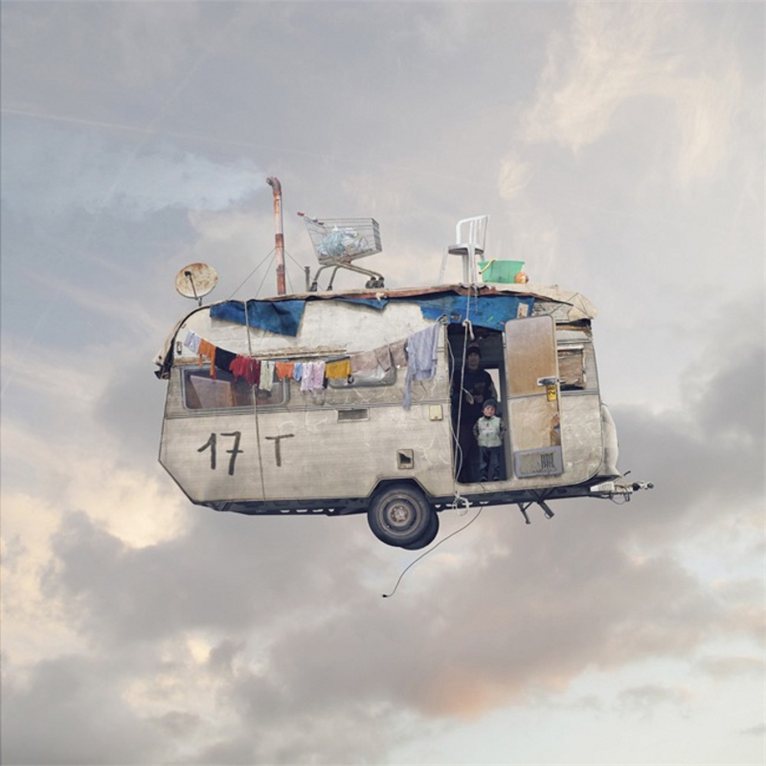 All of them seem to find a second life, uprooted from their native city and heading for other skies.  Laurent Chéhère's Flying Houses are a real invitation to travel and a metaphor of the fleetingness of the world that allow us to plunge into a dreamlike and moving world full of cheerfulness and humour. 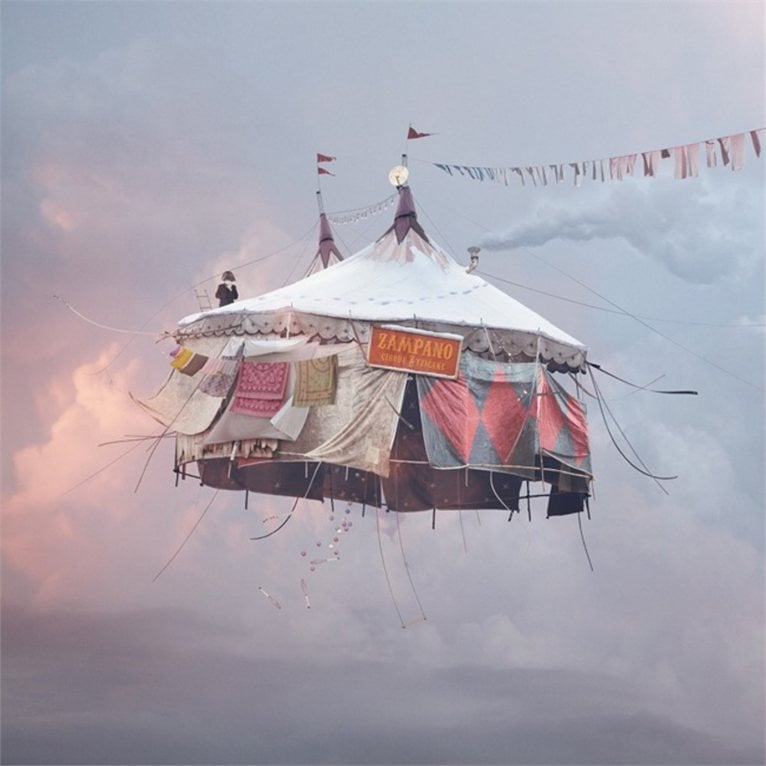 Laurent Chéhère (Paris, 1972) is an award-winning creative advertiser and tireless traveller. From Shanghai to Valparaiso, from La Paz to Lhasa, from Bamako to Bogota, he feeds his imagination and gives us his view of the world. He loves exploring the cities, suburbs, countries, as he likes to explore all fields of photography from reportage to conceptual image. Laurent Chéhère exposed the series Flying Houses at Dock en Seine City of Fashion and Design in June 2012 where he won the Prix Special. The series is being shown in China at the 2012 Pingyao International Photography Festival. 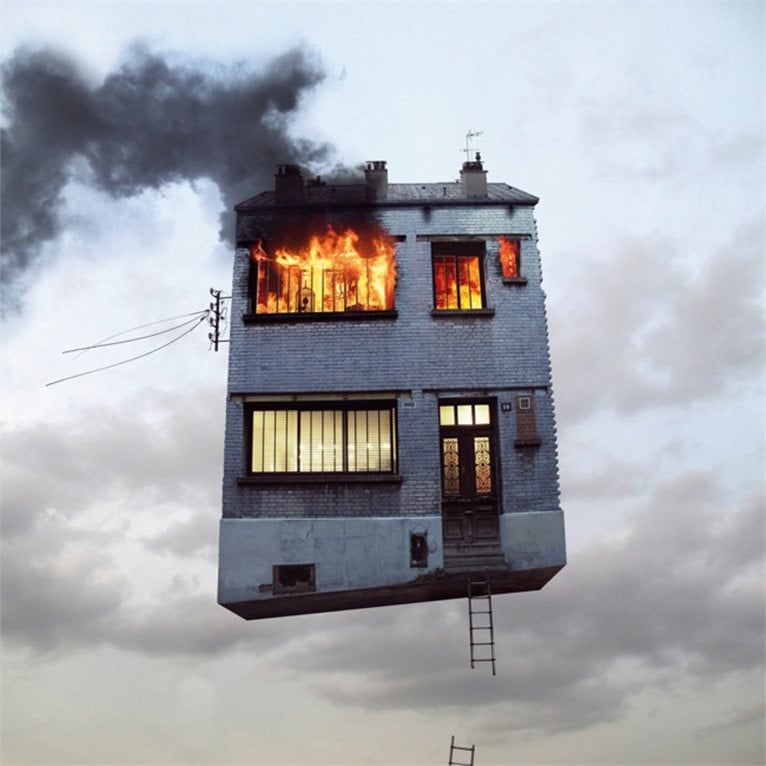 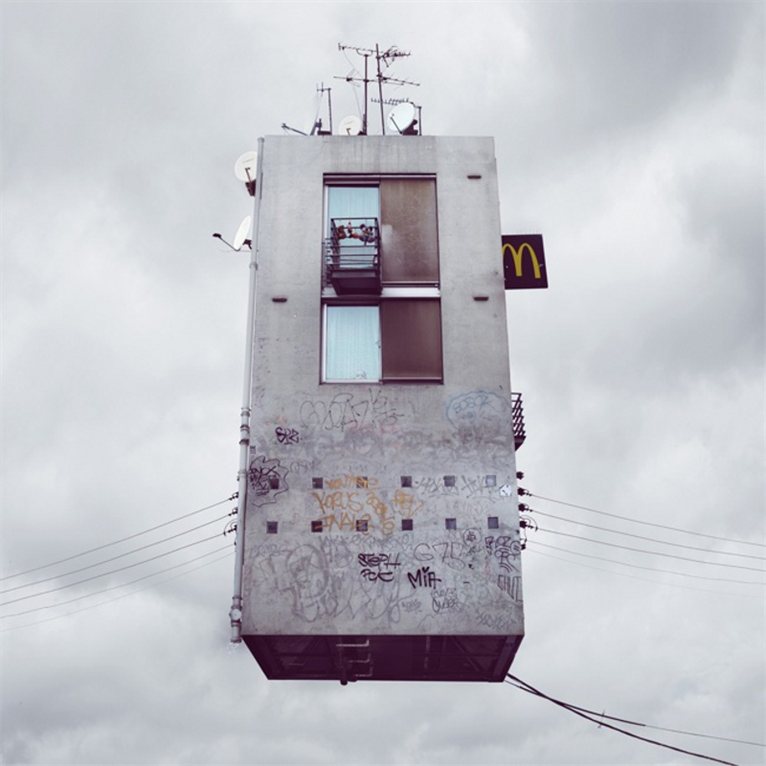 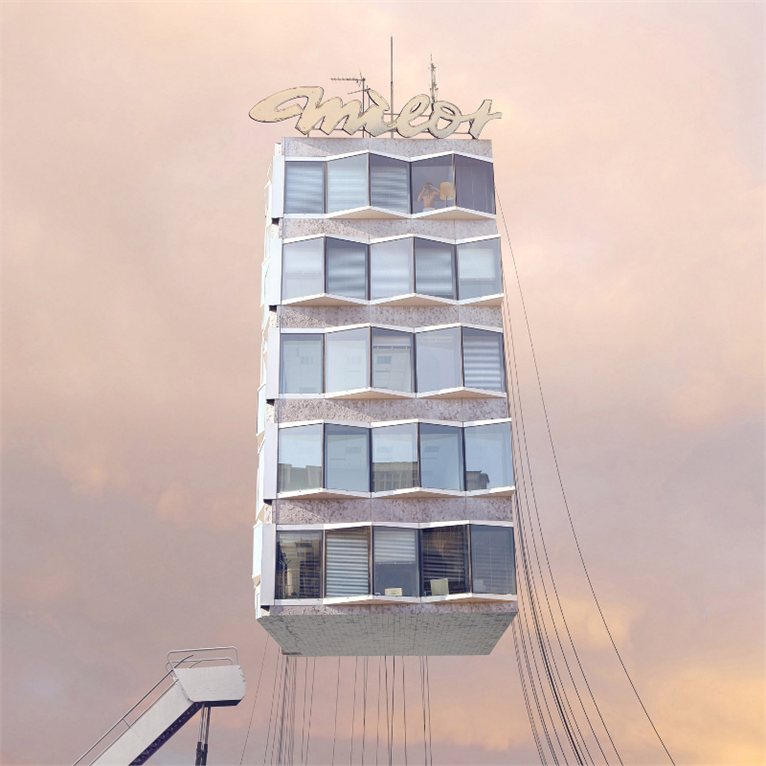