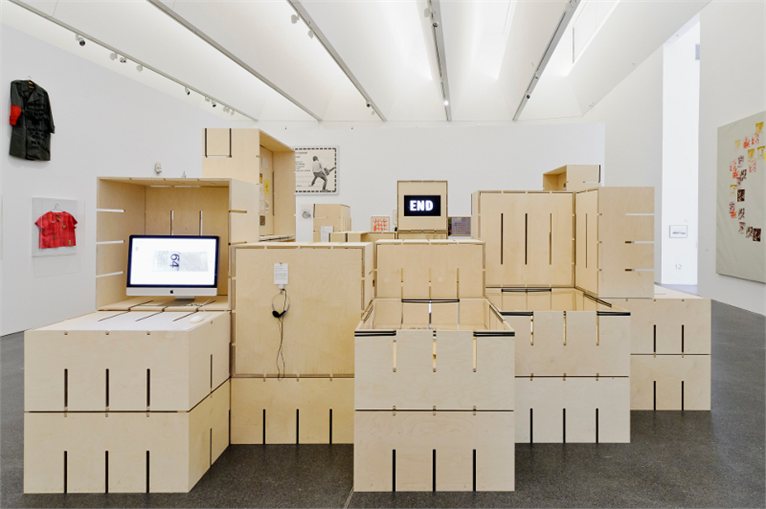 For the exhibition "FLUXUS – Art for Everyone!" at Museum Ostwall in the Dortmunder U, the Münster-based studio modulorbeat - ambitious urbanists & planners was commissioned to develop an exhibition architecture.

The exhibition architecture works with a modular plywood element, named The Fluxus Module, that was especially developed for this Fluxus exhibition. The plywood modules are playfully implemented in a variety of ways – horizontally, vertically, as a shelf, display case, and platform – coming together in an impressive spatial structure in the large skylit hall of the Dortmunder U.

The basic elements are adapted to each particular arrangement with inlay shelves, walls, and acrylic panes. Ordinary tension straps are used to secure the exhibition elements as well as to join the modules. 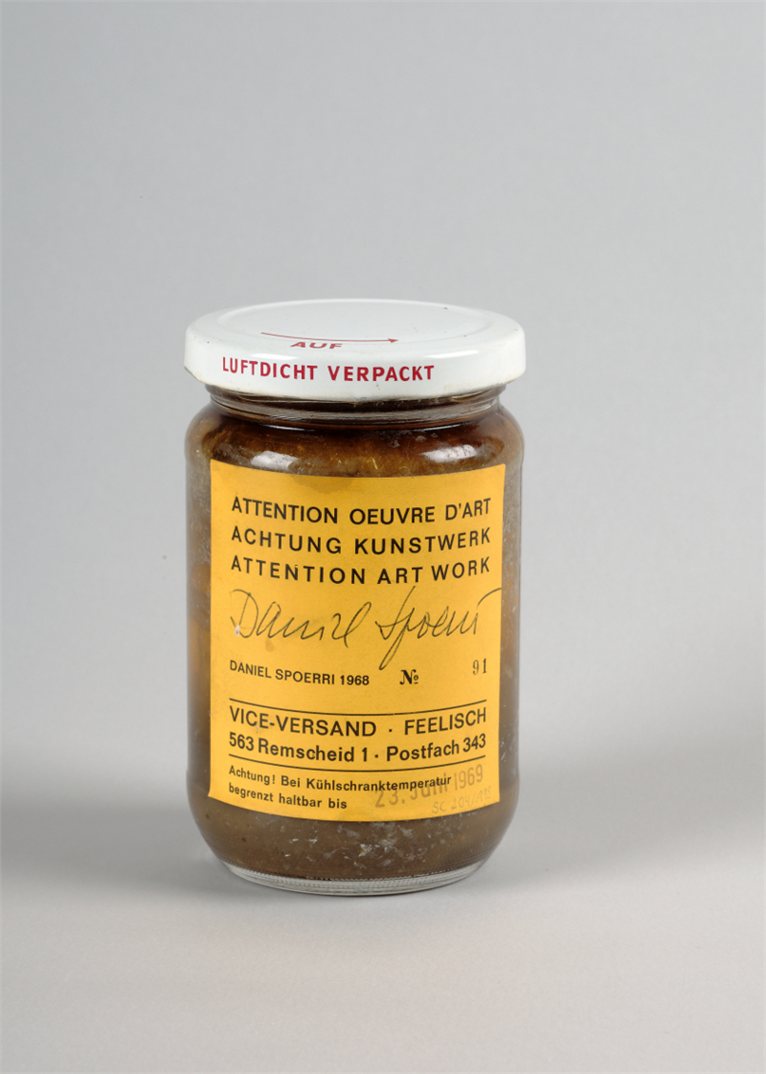 50 years ago U.S., European, and Asian artists came together for the first time to share their corporate and innovative actions called “Fluxus”, by presenting short but eye-catching performances. Impressed by John Cage whose compositions of common sounds, in which the fortuity as well as the audience played an important role, emerges a boundary transcending art movement whose members radically questionend the existing art terms.

The exhibition includes recent artworks from the Collection Feelisch, Remscheid, which were purchased with funds from the Friends of the Museum of East Wall and with the help of the city of Dortmund, as well as artworks from the extensive collection on permanent loan of the Brown / Lieff, Düsseldorf.