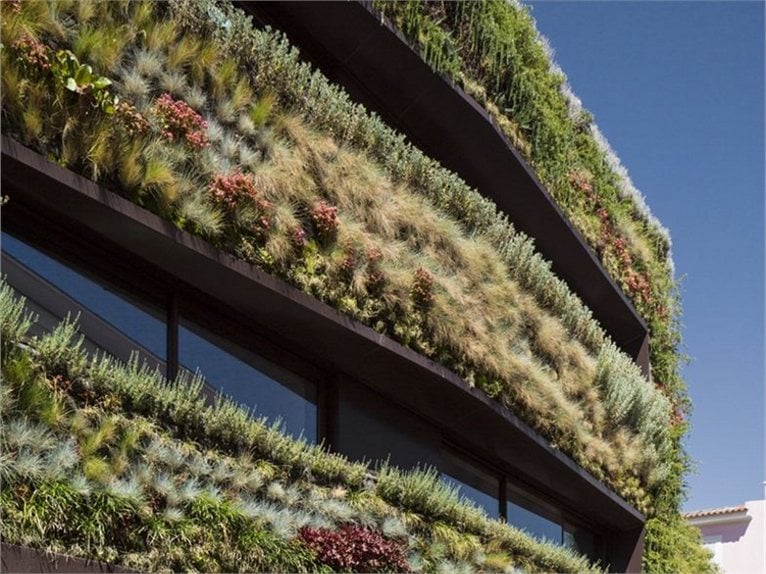 The House In Travessa Do Patrocínio is an exceptional intervention in the heart of Lisbon, designed by a collective of architects who joined forces for the occasion: Luís Rebelo de Andrade, Manuel Cachão Tojal and Tiago Rebelo de Andrade.

Two generations of designers working together on something more than just a small house. The Alfama district, of which this project is to reconstruct a piece of the jigsaw, is the oldest district of Lisbon and is located on a slope enclosed between the Castle of São Jorge and the Tagus River.

Even today, the district lives in the balance between its new tourist vocation, with its traditional venues for Fado music and Lisbon's cuisine, and a recent history of neglect and decay, of which many of the houses still bear the scars.

The house is built on a very small plot and develops vertically, with four floors connected by straight flights of stairs reminiscent of those that climb up around the district. However, the most striking feature is to have the entire perimeter covered with vegetation, a vertical garden of about 4,500 plants coming from all over the Mediterranean climbing over more than 100 square meters.

A predominant plant and thus a different aroma corresponds to each floor: for example, in the pool you will have the scent of saffron, lavender in the bedroom and rosemary in the living room. Located in the heart of a city now more than ever poised between past and future (and between abandonment and trust), the vertical garden adds an unexpected touch amongst the ancient streets of the Alfama. It is not at all out of tune...