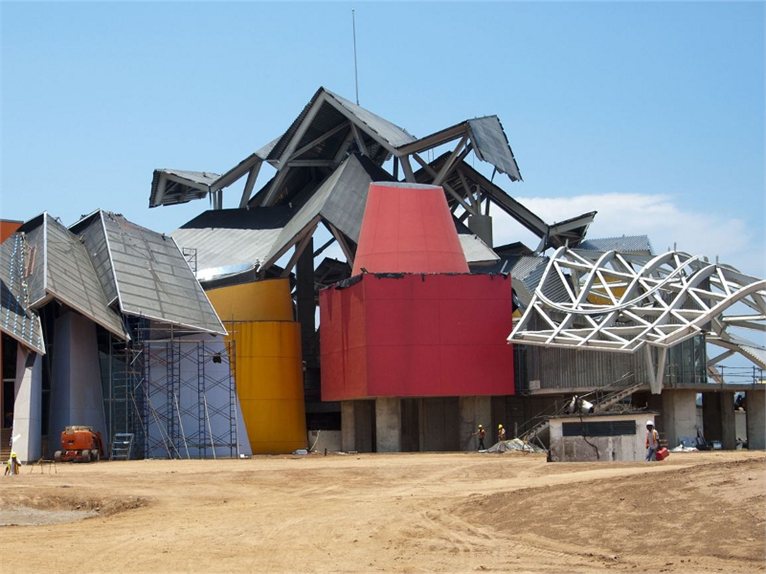 Frank Owen Gehry will complete his first project in Latin America by the end of 2013. The new Biomuseo Panama is a structure whose purpose is to teach and spread the importance of biodiversity. The new building is inspired by the prehistoric geological event that generated the Isthmus of Panama, separating the waters of the North and those of South America.

Located near the beginning of the Panama Canal, Biomuseo, an asymmetrical composition of different sized buildings with bright colours, develops over three floors, occupying an area of four thousand square meters.

The project involves the construction of eight permanent galleries, a space for temporary exhibitions, a café, shops and a botanical garden designed by Edwina von Gal, alternating exhibition halls with natural environments, in order to create an emotional journey inside and outside the museum.

In addition to two large aquariums that will house the various Caribbean and Pacific aquatic species, the new facility will host the 'panamarama', a covered area with sixteen screens that will project the history of the place in digital format, providing visitors with an audiovisual story too.

The construction of the Biomuseo, already destined to become a new pole of attraction for the Country, is financed by the Foundation Amador with the scientific support of the Smithsonian Institute and the University of Panama.