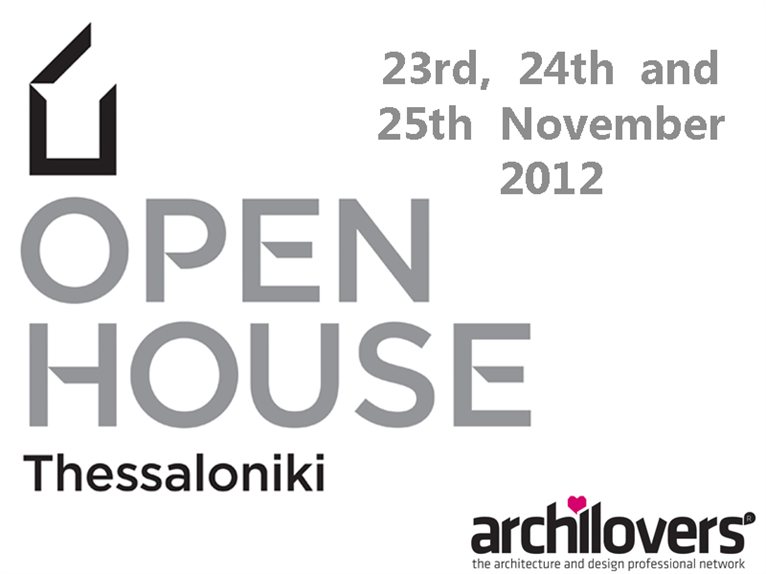 The Open house family comprises 21 cities all over the world and has been internationally among the most outstanding venues for the promotion and advancement of architecture. The idea initiated in London in 1992 and since then it has been spread to many cities around the world, acquiring regular visitors and supporters, gaining great appreciation and support. The Open House event invites people to explore and understand the value of architecture and built environment within the cities that host it.

For one weekend the city turns into a big museum. Private and public sites are open to the public for free exhibiting its buildings and architecture. Open House highlights the importance of architecture in everyday life and provides both residents and visitors with the opportunity to acknowledge their city through architecture.

After Open House Slovenia, Thessaloniki, the second largest city in Greece, and the capital of central Macedonia is hosting the event on 23rd, 24th and 25th November 2012. It aspires to expose the architectural treasures of Thessaloniki, and make its architecture accessible to all, aiming to contribute to the deeper understanding of urban design and public space.

This first event in Greece will provide the opportunity for visitors to visit all kinds of buildings ranging from 16th churches to ultra modern hotels. The city is getting ready for the event, the first Open House in Greece, by enrolling volunteers to help the organising team to guide visitors around the architecture and sort out any problems they may have. The importance of these volunteers cannot be stressed enough, as was shown this summer in the London 2012 Olympics, where without the volunteers the event wouldn't have been half the success. The architects of the more modern architecture will also be on-site to give more information on their work.