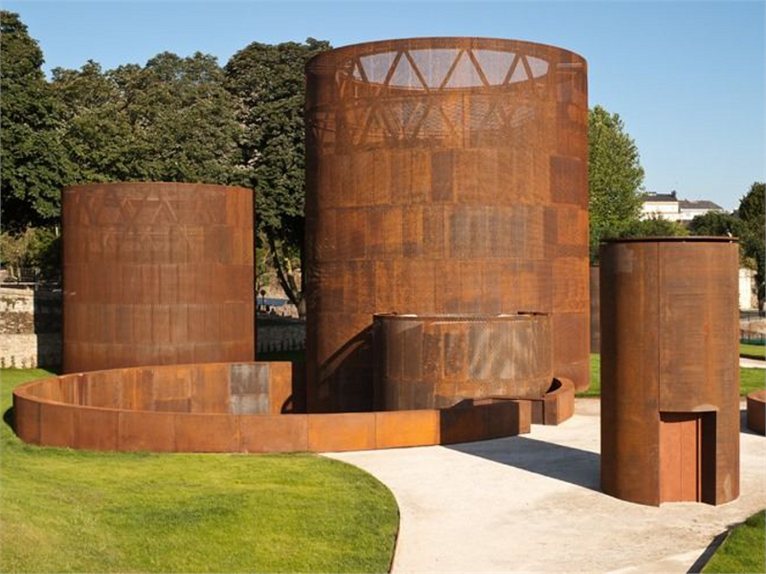 The History Museum designed by Nieto Sobejano Arquitectos is located in the Spanish city of Roman origin Lugo, whose ancient but intact walls were declared World Heritage by UNESCO in 2000. This is a museum-park which is made up of several cylindrical objects of varying heights and sections, in relation to the green areas of the urban context.

The work was conceived according to two main functions, one destined to the visitor center and the other reserved to the car park. The height difference proceeding from the eastern edge to the western edge of the site on which the structure is located, has led to the construction of the half-underground garage with access to street level.

The museum is arranged on a single level, illuminated by natural light that passes through the internal circular courtyards. The metal clad cylinders represent unusual exhibition space, as if they were themselves works set up in the countryside, linked by multiple paths, or allusions to the ancient walls of Lugo.

Nieto Sobejano paid particular attention to environmental impact, hiding the parking area under vegetation and creating the exhibition spaces of the museum in the basement, leaving the gardens as protagonists and, at the same time promoting the thermal inertia of the buildings by reducing energy consumption.