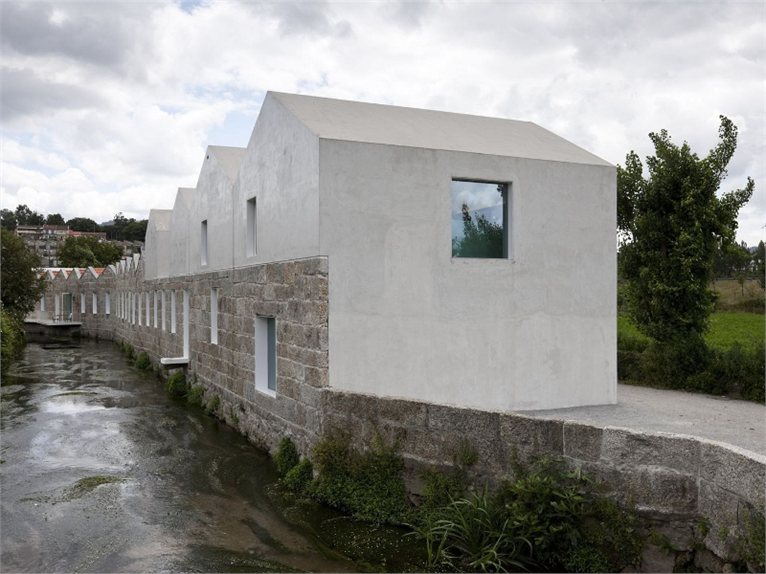 The LABORATORY OF LANDSCAPE project is designed by the Italian-Portuguese office CANNATÀ & FERNANDES. The building is located in the vicinity of Guimarães (Portugal), in a national ecological reserve, characterised by differences of heights, by the presence of a channel and large green areas. The visibility that the building has taken on over time with respect to the road, assumes that it is a 'building' that is distinguished in the territory.

The access to the laboratory is on the east side and, through a passageway, leads the visitor/user towards the most significant element: the Ribeira de Selho façade.

Inside, the main objective was to improve the spatial character of the architectural type. An open and bright space, ready for new uses and functional requirements, by means of a simple yet rigorous restoration.

The division of different functional modules follows the structure of the roof in order to establish a balance between the different spaces of the existing structure and in particular with its character.

The volumes of the upper floor to the west have been rebuilt and reorganized. Before they were in poor condition and had no architectural and constructive quality.

The project recovers the architectural character of the existing building and, at the same time with the new roof and with the volumetric reconstruction, intends to assert the contemporary character of the intervention preserving the legibility of the history of the building.