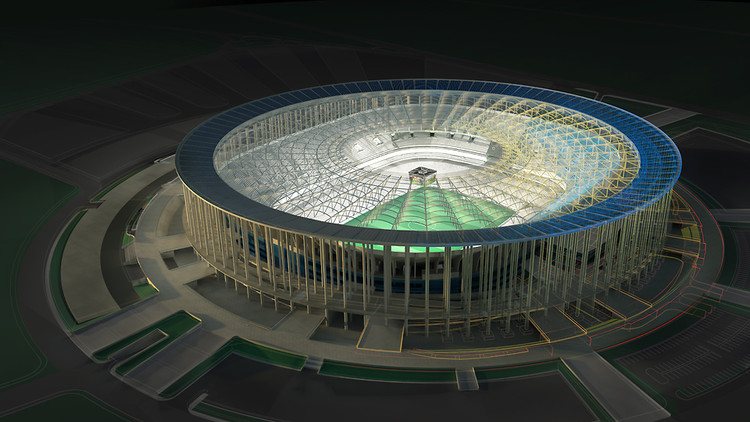 Brazil is about to do double-duty hosting international sporting events--first, the 2014 World Cup and then the 2016 Olympics. That means some serious sports center remodeling is in order. The Estádio Nacional de Brasília, a stadium in the middle of Brazil’s capital (Brasília), is getting the most impressive upgrade, at least in our eyes. When it’s finished, the stadium should reach LEED Platinum certification and become the first net-zero-energy stadium in the world.

The stadium, designed by Castro Mello Architects using Autodesk software, will be the second-largest World Cup stadium in the 2014 games. The remodel (the stadium was formerly known as Estádio Mané Garrincha Stadium) will bring seating capacity up to just over 70,000 seats.

That LEED Platinum status will be achieved through a number of design elements: 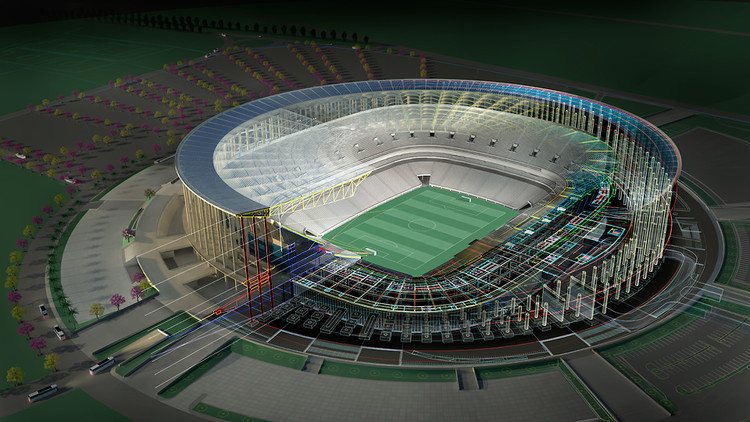 Castro Mello aims to fix some of the features that traditionally have stopped the elite in the country from going to games at stadiums. "They’re considered unsafe and more of a lower to middle income person activity [in Brazil]. Athletic tracks within the stadium are between the stands and soccer fields, which destroys sight lines," says McKee. Safety fears are warranted; in 2007, seven people died when a stand at the Fonte Nova stadium in Salvador collapsed. The new stadium, in contrast, is built with safety in mind and has a lowered pitch that allows for clear views from all seats.

None of this comes cheap. The stadium is expected to cost more than $400 million to complete. But the solar panels, at least, are expected to provide a return on investment in 10 to 12 years, with the panels themselves able to perform well for at least 25 years.

The Estádio Nacional de Brasília is expected to be completed at the end of the year.