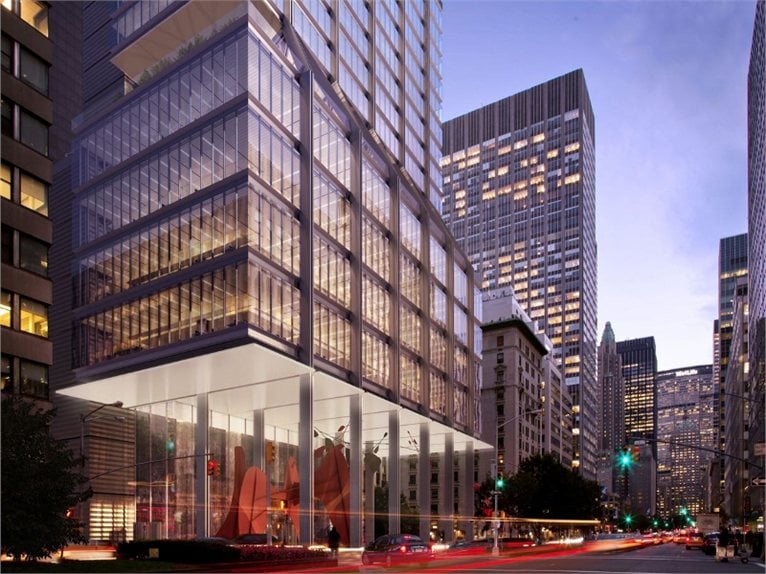 A new assignment sees Norman Foster once again protagonist on the scene of contemporary international architecture: Park Avenue, one of the main thoroughfares in Manhattan, will house the new 200 meters-high skyscraper 425 Park Avenue tower by 2017, designed by the London archistar.

Indeed, Foster won an international invitational competition beating other famous participants from the star system including Richard Meier, Zaha Hadid, Jean Nouvel, Rem Koolhaas and Renzo Piano. The new skyscraper, whose construction will begin in 2015, will house the offices of Lehman Brothers, with the aim of renewing the office concept in terms of sustainability and functional flexibility.

The geometrical shape of the new building will feature a steel and glass structure with a tapering line, divided into three levels of a tapering width, each with its own landscaped terrace with a panoramic view. The skyscraper will also replace, the 31-story tower designed by Ely Jacques Kahn and Robert Allan Jacobs in 1957.

Norman Foster expressed his satisfaction in this way: “I have a personal connection with New York, which has been a source of inspiration since my time at Yale, when the new towers on Park Avenue and its neighbourhoods were a magnet for every young architect. Seeing first-hand the works of Mies van der Rohe, Gordon Bunshaft, Eero Saarinen and Philip Johnson was tremendously exciting then – I am delighted to have this very special opportunity to design a contemporary tower to stand alongside them.”

Sir Norman then pointed out that their aim is to create an “exceptional building, both of its time and timeless, as well as being respectful of this context. A tower that is for the City and for the people that will work in it, setting a new standard for office design and providing an enduring landmark that befits its world-famous location.”