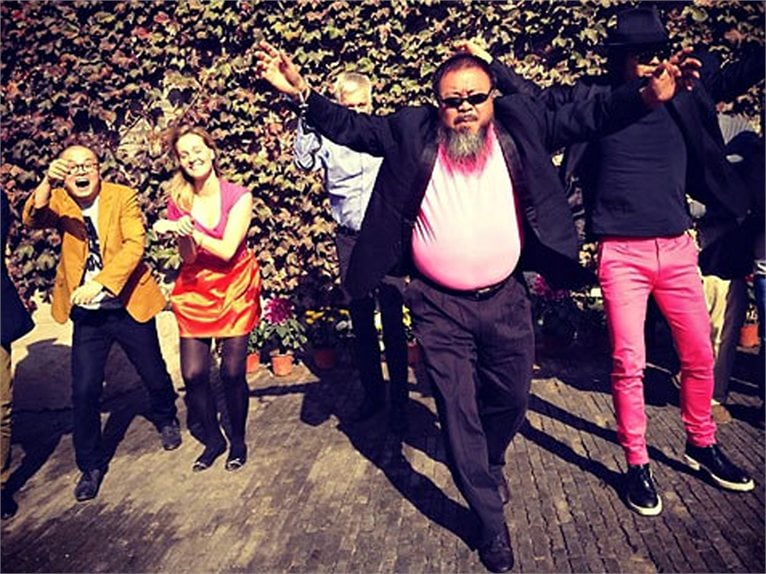 As my colleagues Jeff DelViscio and Shreeya Sinha reported last month, “Gangnam Style,” a music video by a South Korean rapper known as PSY with more than 530 million views on YouTube, has been “remixed and redone by motivated fans” around the globe. On Wednesday, Ai Weiwei, the Chinese dissident and artist, joined in, uploading his own cover version of the rap video to YouTube.

The artist, who mimics the mock horse-riding dance moves of the originalwhile wearing handcuffs in his remix, calls his version “Grass-Mud Horse Style,” a reference to a Chinese Internet meme that employs a pun on an obscene phrase to mock government censorship of the Web.

As my colleague Michael Wines wrote in a thorough explication of the meme in 2009, the grass-mud horse is “a mythical creature whose name, in Chinese, sounds very much like an especially vile obscenity.” Chinese bloggers invented the alpaca-like creature to demonstrate the absurdity of censorship by embedding foul language in an innocent-looking video for a children’s song about its adventures. That same year, Mr. Ai took part in the anti-censorship protest by posting a self-portrait on his blog in which he was naked, with a stuffed animal described as a grass-mud horse covering his genitals.

In a video interview with Evan Osnos of The New Yorker recorded in the artist’s Beijing studio on Oct. 9, Mr. Ai explained what it is about communicating via the Internet that he finds “so beautiful.”