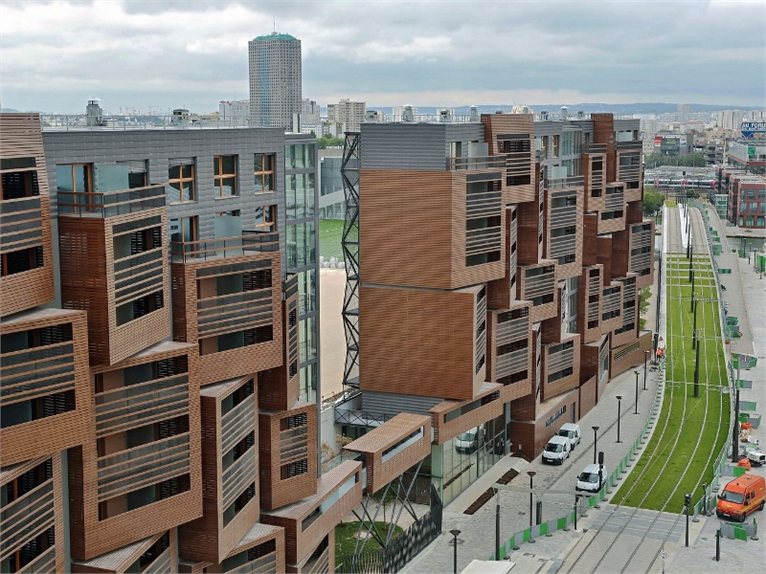 OFIS Arhitekti's student housing project Basket Apartments in Paris is on the edge of the La Villette Park in the City's 19th arrondissement. The new city tramway passes on the north-east side and there is a football pitch and below it a tram depot on the south-west side. The lot has a very special configuration, it being about 200m long and only 11m wide.

Each volume of which the Basket Apartments complex is composed has two different faces. The façade overlooking the Route des Petits Ponts contains studio flats of various sizes, which look like superimposed and projecting boxes, made of wood. They are all randomly oriented to diversify the views and rhythm of the façade. These 'baskets', positioned in this way, create a dynamic surface and at the same time reduce the proportions of the building. The façade facing the football pitch, on the other hand, is enclosed in a three-dimensional metal mesh behind which there are the access corridors to the various apartments. The volumes are connected to the first floor with a narrow bridge which is also a common area for the students.