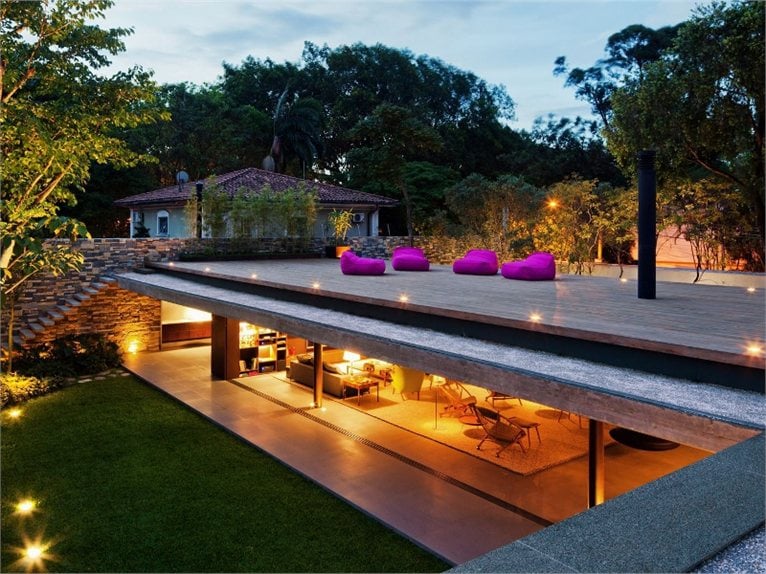 Unlike the surrounding houses, Casa V4, one of Marcio Kogan's most recent projects in Sao Paolo, consists of a garden on the ground floor, which is almost invisible from the street.

The living room has been designed under a delicate overhanging beam of exposed concrete: on both long sides of the volume, that overlook the garden, there are two rows of door and window frames on which glass windows slide, permitting the complete opening of the interior to the exterior garden, and thus the full continuity of the spaces.

On the roof of this volume a large solarium area has been designed. It is an essential element of the project, which emphasizes the home-garden character of Casa V4. To strengthen this design, the almost 'suspended' staircase leans against one of the outer boundary walls and acts as a link between the ground floor and the terrace.

The concrete beam seems to come out of a second block of wood, reserved for more private environments, which also overlooks the garden.

Despite its distancing from the idea of exploiting the useful area of the construction lot, the project of Casa V4 is capable of expressing the pursuit of dialogue with the site, according to an unusual formula that defines the relationship between the scale of construction of a private residence and that of the design of the whole area.