The labyrinth represents the unconscious desire of the human psyche to get lost and to find itself again.

The labyrinth has an history that is as fascinating and convoluted as its structure, traces and evidence of it are to be found in civilizations, eras and places far away from each other.

Anyway today I want to introduce the most beautiful botanical garden mazes in Italy, the most famous intrigues of hedges.

The first stop is Tuscany, a region rich in typical Italian beauties, among which are the Giardini della Petraia in Florence, a set of meadows and labyrinthine twists adorned with ancient trees. The geometric design complex is typical of the style of the Italian garden. 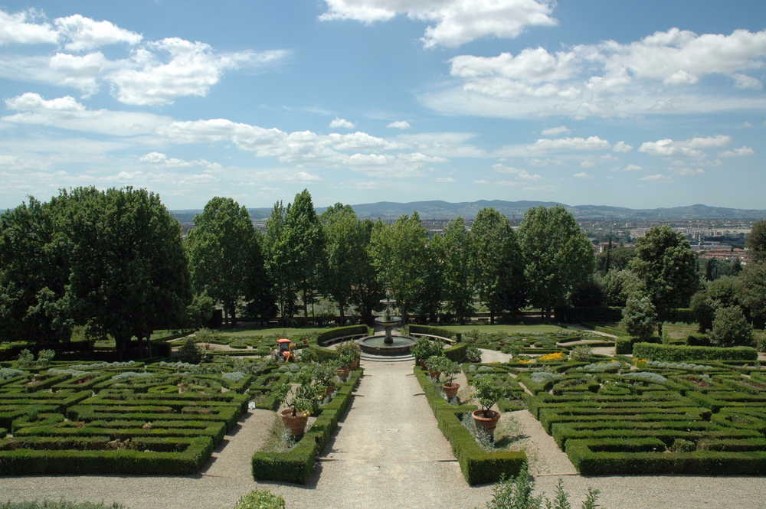 Also in Tuscany, but in the province of Grosseto, we find Sovana Hotel & Resort, a very particular structure that among its gardens houses a maze of hedges really fascinating to get lost in and enjoy the greenery immersed in a 10,000 sq.m. park that includes a rose garden, an amphitheater, a small botanical garden of medicinal plants and immense green spaces accented with contemporary art sculptures and Etruscan archaeological remains. 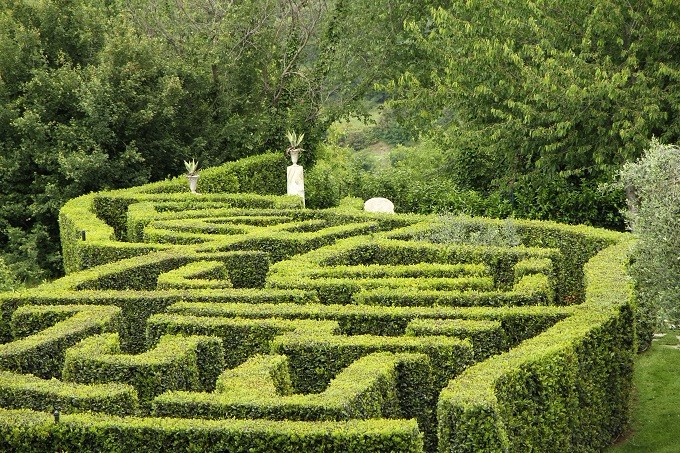 We move now to Venice, where the island of San Giorgio Maggiore is. At the Fondazione Giorgio Cini you can visit one of the most prestigious mazes in the country. It was designed by Randoll Coate in honor of Jorge Luis Borges, Argentine poet in love with Venice, to whom the city appeared like a kind of great labyrinth with narrow ways and canals. 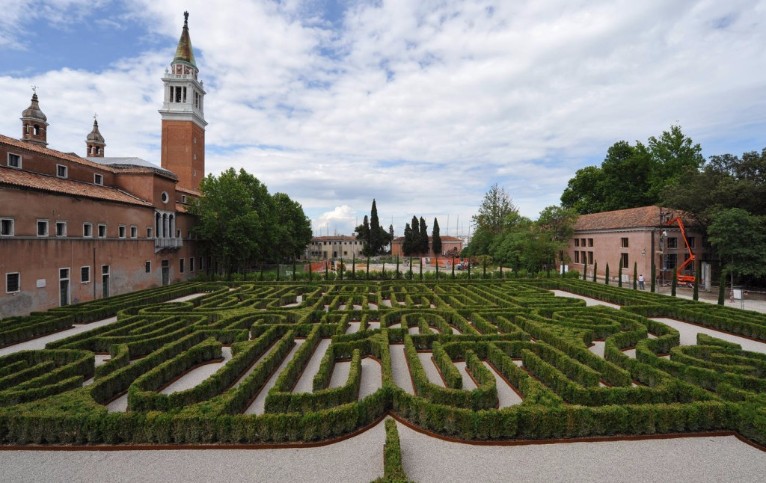 Villa Pisani is also known for the exciting maze of boxwood hedges. In this location – not far from Venice – during ancient times a traditional game was held, which starred a lady and a knight who had to go through the labyrinth in order to get a kiss from the lady! 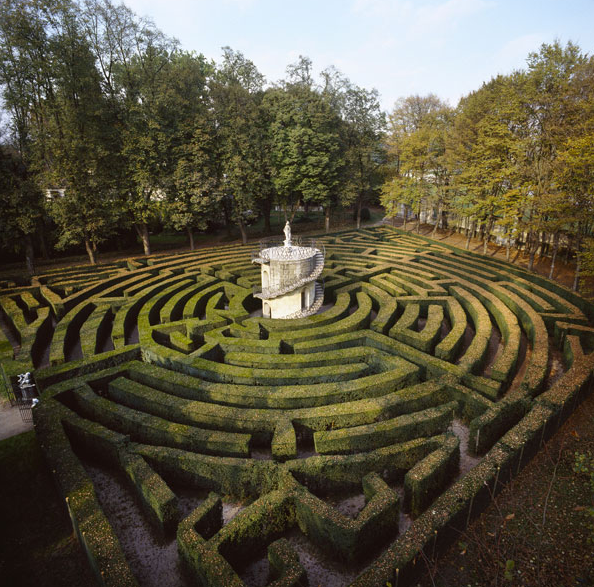 Also in Veneto, but in the village off Valsanzibio – in the province of Padova – we find the Barbarigo Historical Garden, made up of 6,000 box trees. Inside the maze a path meanders for almost a kilometer and a half and was created with the intention of representing the arduous mystical journey of human perfectibility. 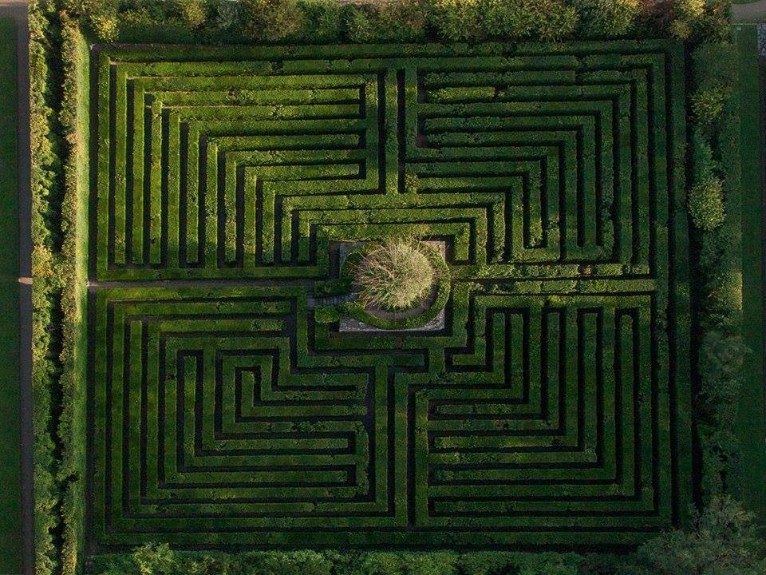 We remain in the province of Padova to explore the Castle of San Pelagio housing two labyrinths both rich in symbols to be discovered (as the small plane of photography): the first maze is created by mirrors, the other one is made of hedges and it is known as the labyrinth of the Minotaur. 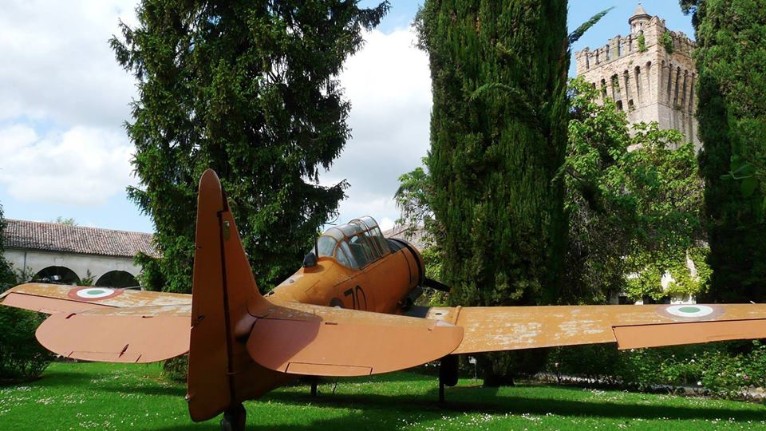 We change completely area and region and we go to Caravino (in the province of Turin) to visit the Castle of Masino, characterized by the presence of a beautiful botanical labyrinth open to the public. It is the second maze of Italy by extension with 1,000 meters steeplechase and 2,000 plants of hornbeam and has recently been restored by carefully following the original eighteenth-century drawings.

Last but not least, the Labyrinth of Masone in Fontanellato, province of Parma. It is the largest maze in the world. Designed by Franco Maria Ricci, a famous and refined publisher, it is made entirely of bamboo hedges. Its sizes mark the record with 300 meters per side and 3 kilometers to walk to get to the exit, it is part of a complex of museums dedicated to art and only recently opened. 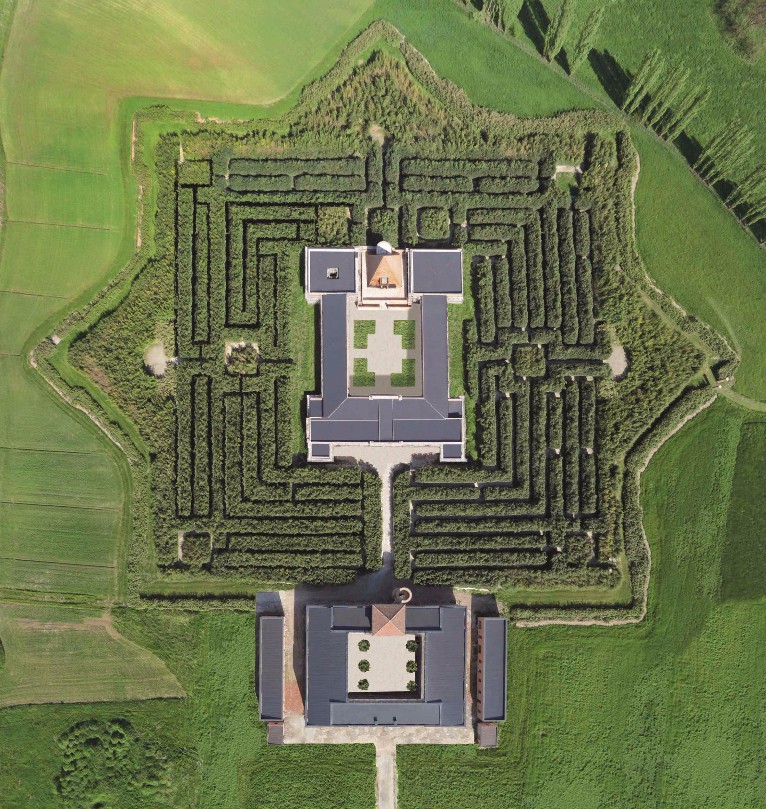