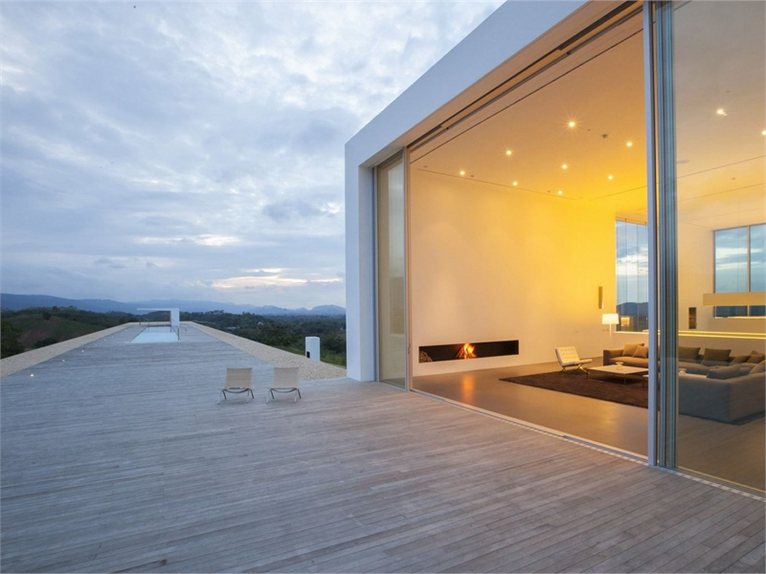 “the longest house of the century” is located in Khao yai, Thailand. This is how Shinichi Ogawa defines his recently completed project, called 150M Weekend House.

The house is located on top of a hill, surrounded by a lush natural environment. Weekend house consists of a white cube and two horizontal plates 11m wide and 150m long. A total of 1943 square meters which “support” a guest house of 305 square meters.

All the owner's rooms are positioned in line between the plates and face either the northern corridor or the covered terrace to the south.

A glass hall for the spa and a fitness room at the east end, 6 bedrooms with private bathrooms, a living/dining room and storage rooms at the west end.

The Weekend House was born from an admiration for the mountain scenery as a starting condition and imagining, in contrast, a seascape. Above the private rooms, in fact, there is a sand-covered terrace and a 40 metre long swimming pool as if it were a “floating beach surrounded by mountains.”