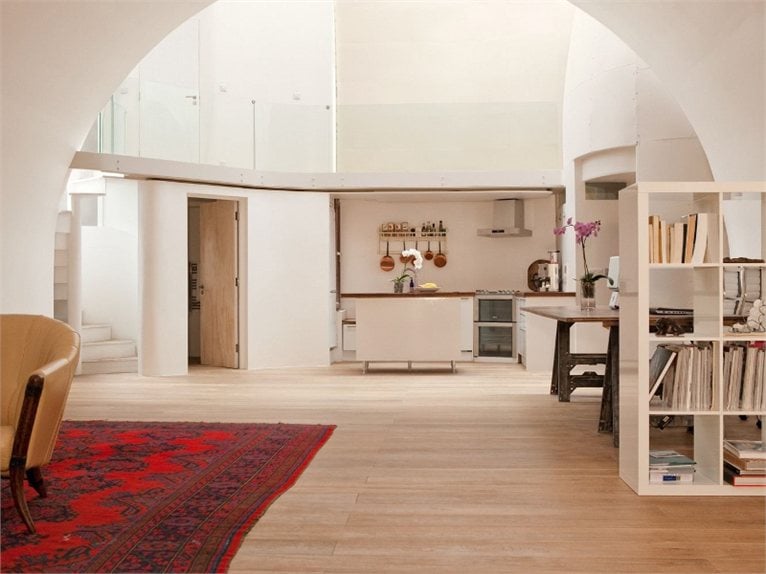 Archway Studios is a prototype live-workspace built in and around a 19th Century rail viaduct. Undercurrent Architects and Eckersley O'Callaghan have worked with the constraints of an inner-city industrial site next to a train line, and have had to overcome the challenges of a fortified design that engages its surroundings.

The city of London is crossed by a series of Victorian viaducts, which create corridors of conflict, compounded by industrial use of the viaduct arches. As a result of de-industrialization, there are many of these central “brownfield” areas and this prototype intends to give new answer and a new application to this type of structure.

Indeed, Archway Studios occupies part of the viaduct, a vaulted workshop linked to an atrium with residential alcoves. The design works with the contrast between the compressed, cavernous qualities of the arch and the slender, church-like spaces of the atrium and alcoves.

A ring of slender steel foils mould the narrow site, forming a protective acoustic shell cupped around interior spaces. Daylight filters into the building through slits in the segmented foils, acting to scoop light into the deep recesses of the arch.