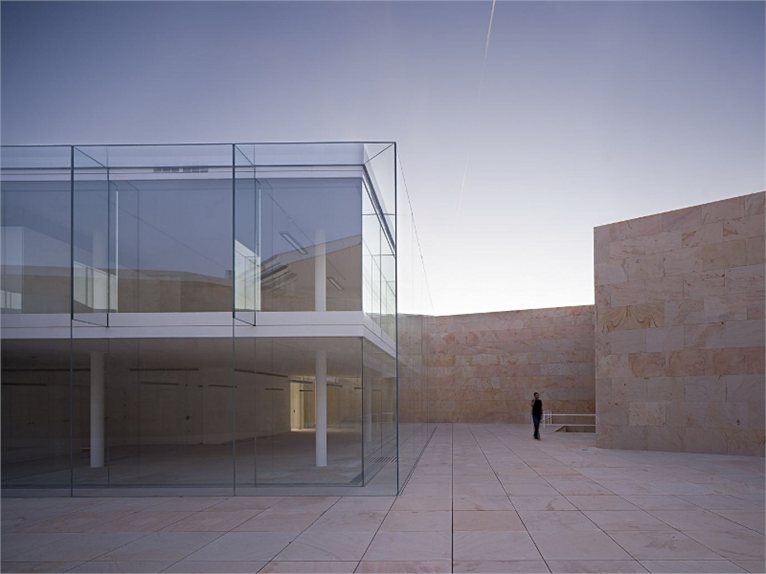 The new Offices for Junta Castilla León were recently inaugurated in Zamora, in northern Spain. Project architects, Alberto Campo Baeza, are well-known for the simplicity, purity and minimalism of their architecture.

They have created a hortus conclusus for the small city of Zamora, inspired by the gardens of the ancient medieval monasteries surrounded by high stone walls. And it is these stone walls (using the same stone as the nearby Cathedral) which have been erected to surround the new building as if it were an open-air box.

The result is a sort of 'secret garden' where trees and aromatic herbs are planted and preserved. Holes have been created in the outer walls which frame the cathedral, the landscape and the surrounding buildings.

Inside this stone box the offices of the Junta have been conceived as a simple clear glass “box”, as if it were made of air alone, creating the feeling, for its occupants, of working in the garden. The skin is made up of individual 6x3 metre sheets, 12 cm thick, joined together by structural silicone alone.

An active façade in terms of climate, as it remains warm in winter, thanks to the greenhouse effect, and dissipates heat, protecting the building in the summer.