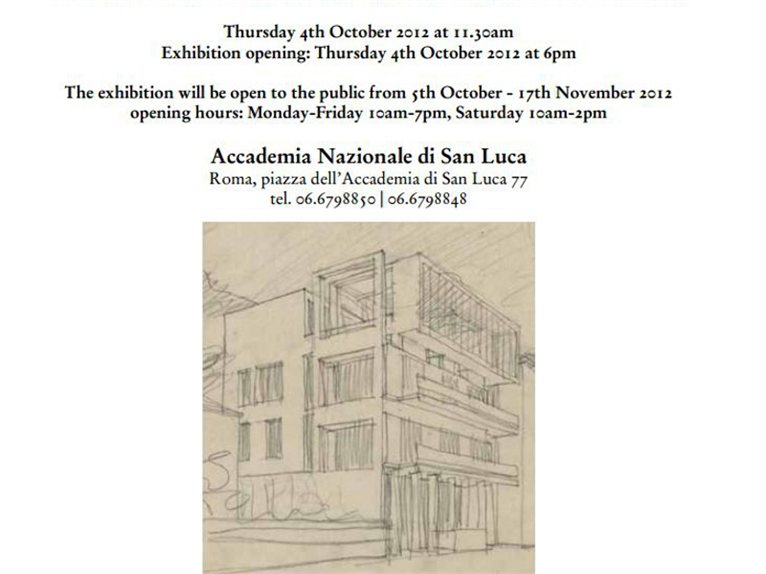 This year marks the centenary of the birth of the rationalist Como-born architect, Cesare Cattaneo, and to celebrate it the National Academy of San Luca in Rome is holding an exhibition called “Cesare Cattaneo 1912-1943 pensiero e segno nell’architettura”, which will be open to the public until November 17th.

Sketches, autographed drawings, theoretical texts, prints, photographs, quotes and videos make up the heart of the exhibition curated by Pierre-Alain Croset, which recounts the work of an architect who left an indelible mark on the history of modern architecture, despite his premature death at the age of just 31.

Cesare Cattaneo stood out for his innovative experimentation with plasticity in architecture, like in his Garbagnati nursery school project in Asnago; the Camerlata Fountain, the Casa d'affitto at Cernobbio, the Headquarters of the Industrial Workers Union of Como.

The exhibition, whose theme tends to emphasize the analogy between drawing and writing, is divided into two sections: the first, dedicated to his student years, includes a retrospective of about 90 sketches, while the second provides a more detailed examination of his most famous building, namely the “Casa d'affitto at Cernobbio, the “masterpiece of polydimensional abstraction”, which includes about 70 drawings, models, period photographs and videos.

Cesare Cattaneo graduated in 1935 from the Polytechnic of Milan and collaborated with architects such as Giuseppe Terragni and Pietro Lingeri and with the abstract artists Manlio Rho and Mario Radice. His intense professional career covered a period of just eight years, in which he distinguished himself for his theoretical research and consistency of construction, thanks to the introduction of his polydimensional concept. He died on August 24, 1943.