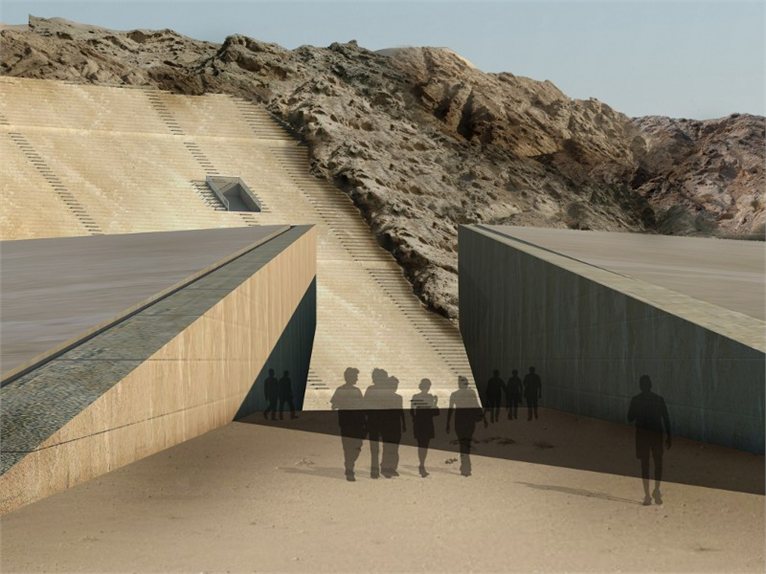 One of the flagship projects of MZ Architects - the Rock Stadium (Al Ain, UAE) was crowned the much coveted ‘Best Future Building’ in the 9th edition of the Emirates Glass LEAF Awards.

Marwan Zgheib, founder and principal of MZ ARCHITECTS, received the award on September 21st at a formal Awards Ceremony held at London’s Four Seasons Park Lane Hotel and attended by some of the world’s top architects. The LEAF Awards, operated by the Leading European Architects Forum, is an annual international architectural prize.

It recognizes and honours architects designing buildings that are setting the benchmark for the international architectural community of the next generation. Previous winners have included the likes of Zaha Hadid, David Chipperfield, SOM, Steven Holl and Terry Farrell.

The ‘Best Future Building’ category of the LEAF Awards celebrates innovative thinking and approaches to design for building concepts or projects yet to be built. The awards were open to all firms, technologies and individuals that had made an outstanding contribution to the world of architectural design and build. They recognized those that had not only had exceptional success, but also shown leadership within their respective fields.

The 2012 shortlist included some of the world’s most iconic buildings and designs. The judging panel chaired by Irving Brauer, principal of Brauer Associates, comprised a jury of distinguished, independent professionals looking for strategic excellence, marketplace impact and above all, innovation and practical developments that have challenged and changed the way buildings are evaluated nowadays. Members of the jury included: Phil Holden, Pascall+Watson architects; Lucy Bullivant, architectural curator, critic and author; Paolo Brescia, OBR Open Building Research; and Kasia Fiutowska, Sketch Design. The judges’ simply described MZ ARCHITECTS’ design of the Rock Stadium as “unique and dramatic”.

Set into the Al Ain desert landscape, the Rock Stadium sinks its 200,000sqm structure into the ground and turns the rocky mountain into one of its main features. Creatively working with the topography, the design relies on a series of emerging planes to mold the space and help cater for the 40,000 seats which it provides. The Rock Stadium maximizes the use of onsite material and its visionary design merges landscape and architecture, thus blurring the boundaries between the built and the natural and creating a space that allows the visitor to interact with the stadium activities as much as with the desert landscape itself. This is the second international design award won by the Rock Stadium to date, demonstrating once again MZ ARCHITECTS’ status as a leading practice within the international architectural community. The Rock Stadium had received earlier this year the Retail and Leisure Award at the 2012 MIPIM Architectural Review Future Project Awards and is currently shortlisted for the following awards: