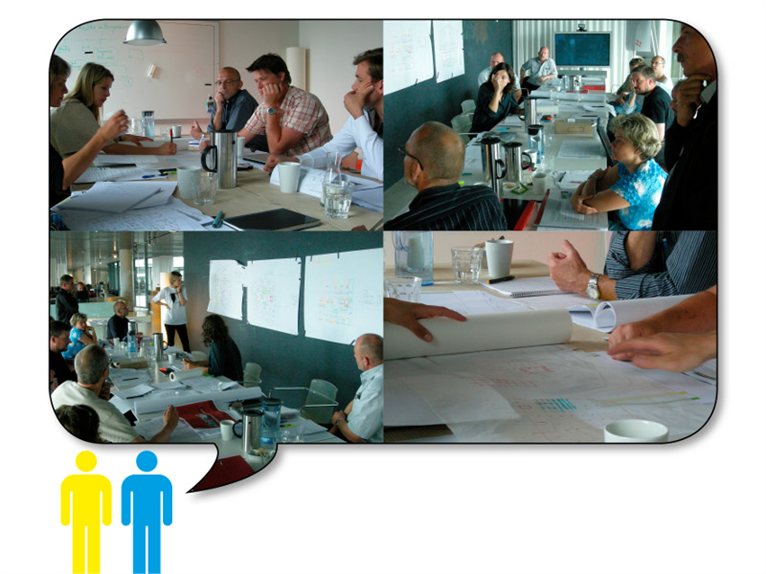 20/09/2012 - SHL - schmidt hammer lassen architects and the City of Aarhus have been selected to receive a Best Collaboration Award 2012 for their extensive cooperation in creating the largest public library in Scandinavia: Urban Mediaspace. The Best Collaboration Award, an EU-initiative, rewards the best examples of collaboration between partners from the creative industries sector and local governments in the North Sea Region of the European Union.

The jury has selected the team behind the Urban Mediaspace project because of the broad and intensive collaboration process between the municipality, the architects, the citizens and future users. According to the jury report, “the intensive implication of citizens will be positive for the further development of the library as a public space for information and exchange of ideas.”

Associate Partner at schmidt hammer lassen architects Trine Berthold explains: “The users assumed ownership of the building and their passionate participation has resulted in a library, which truly has the value of a ‘house of the citizens’. There were constructional facts that influenced the design, but the users’ ardent dream about the library’s future use and organization has definitely had an impact on the result. Summing up, we now have a building, which already before the inauguration has become a positive story in the conscience of many people.”

The philosophy behind the user involvement is that an active library will only come to life by actively involving the people who are going to use it. Therefore, citizens of Aarhus and the future staff of Urban Mediaspace have been engaged in the design process. Concurrent with user-group and citizen meetings information, images and movies about the future library were issued on the Urban Mediaspace website, which also hosts online dialogue, comments and opinions from citizens.

”One of the most important elements of the new Urban Mediaspace is to rethink the library as a public meeting place in the city. Urban Mediaspace represents a new generation of modern hybrid libraries with a long list of diverse potentials for use,” explains Partner at schmidt hammer lassen architects Mr Kim Holst Jensen.

The City’s Project Manager of Urban Mediaspace Aarhus, Marie Østergård elaborates: “Urban Mediaspace will be an outstanding space for civic learning, experience and knowledge based activities. The ambitions are to create a democratic space that stimulates network, informal learning and personal growth; combine interactivity, media, people and space; facilitate and develop new formats for citizens’ involvement and create partnerships to ensure co-creation of activities.”

Five European teams have won a Best Collaboration Award 2012. The overall winner among the five will be announced at an Award Ceremony in Groeningen, the Netherlands on 20th of September 2012.