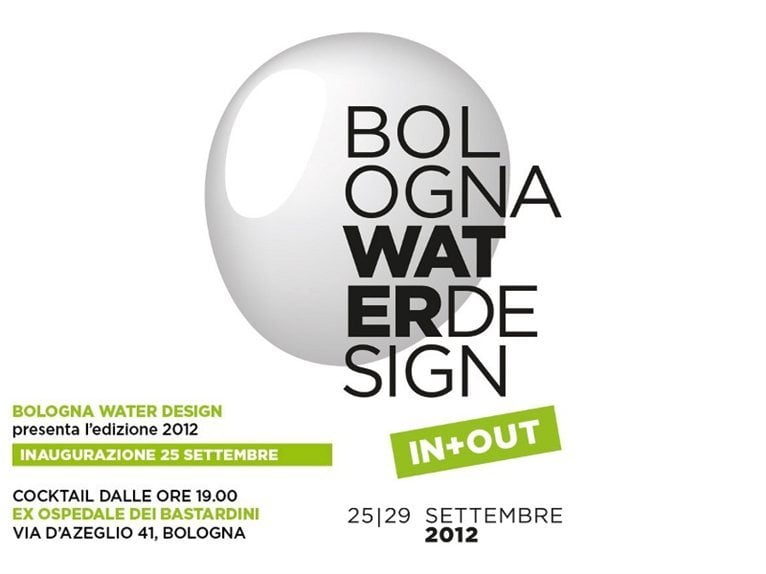 Preparations are well underway for Bologna Water Design, the 'post-expo' exhibition sponsored by the Municipality of Bologna, the Provincial government, the Cineteca di Bologna, Bologna Welcome, the Museo Internazionale e Biblioteca della Musica di Bologna, the Professional Association of Architects, the Ascom and, this year by Cersaie - International Exhibition of Ceramic Tile and Bathroom Furnishings which will be taking place simultaneously

The exhibition will open its doors, as mentioned, for the same five days as Cersaie, from 25 to 29 September, publicising design dedicated to water and outdoor spaces: a journey of excellence which will involve Bologna's most prestigious locations.

Water, historically a key figure in the city's history, will be interpreted by some of the most respected international designers as well as the leading companies in the sector through exciting installations, innovative products and shows established in places of art and culture, palaces and gardens, showrooms and shops, architect and design studios.

Apart from providing the opportunity of meeting some of the protagonists of Italian architecture like Michele De Lucchi, Mario Cucinella, Lorenzo Palmeri, Roberto Palomba and Ludovica Serafini, the agenda of Bologna Water Design is enhanced by the presence of leading design companies, extraordinary sets and unmissable events.

The exhibition kicks off with Franco-Italian art critic Philippe Daverio's irreverant look at the toilet ‘Breve processo all’eccesso del cesso’ which will take place at 7 pm in the 15th century palazzo in via d’Azeglio, also known as Ospedale dei Bastardini.

Archiportale, Archilovers and Archiproducts are again media partners of the event.

From the rooms of the old Hospital called "dei bastardini" to the garden of the cavaticcio, to the Museum of Music, to the Cinethèque, in the less famous areas of the city, there will be a series of outdooe installations that will illustrate how the open spaces can become pleasant places to stay and live in.

Our editorial offices will be present during BWD to review, photograph, interview the companies and the designers, and to bring you the information day by day along with photos and videos.

10,000 archiproducts-archilovers-BWD bags, which are now cult items in the world design events, will be distributed to keep all the information you collect while you are there. All teh visitors can pick up their own bag on the shuttle buses and in teh official locations of BDW.
10,000 BWD/CERSAIE guides will be available to help you get round the city both inside and outside the fairgrounds, in your search for news and events.