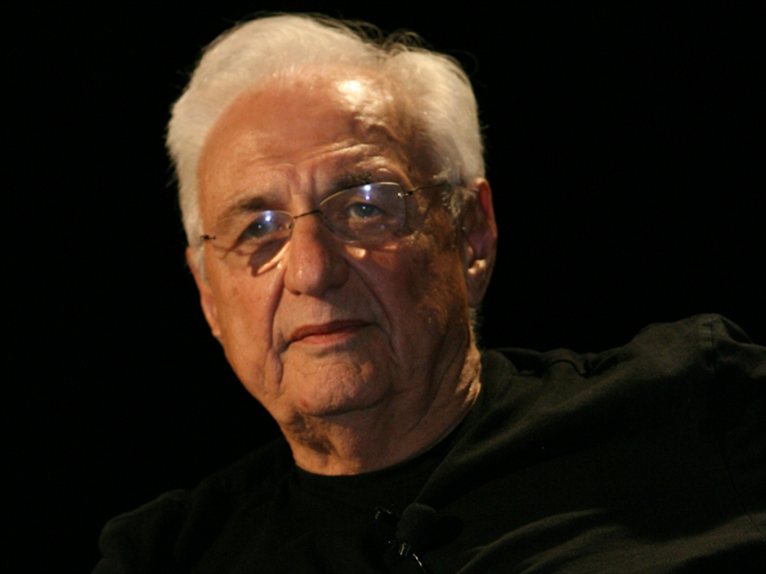 07/09/2012 - SCI-Arc today announced it has received a transformative $100,000 gift from world-renowned architect and SCI-Arc trustee Frank Owen Gehry, and his wife, Berta. The noteworthy contribution will go toward the establishment of the Gehry Prize, to be awarded annually to the best thesis projects selected by critics and jurors in the Graduate Thesis Weekend hosted in September.

SCI-Arc Director Eric Owen Moss suggested a quote from Thucydides which conveys the spirit in which the prize is given: “They were born never to live in peace and quiet themselves and to prevent the rest of the world from doing so.” He also praised the donors, after whom the graduate thesis prize will be named, for the generosity of the donation and its prestigious nature. “The entire school community, including students, faculty, staff, administration and board, is extremely appreciative of this extraordinary gift to SCI-Arc,” said Moss. “Thanks to this contribution, we can warranty that SCI-Arc’s advocacy for architecture as a rousing, speculative adventure will endure.” The first Gehry Prize will be awarded at the 2012 graduation ceremony held September 9, 2012.

A SCI-Arc trustee since 1990, Gehry has kept close ties with the school, attending lectures, reviews and special events, and having an active role in the evolution of the institute beginning with its 1972 founding. Gehry’s long-time commitment to SCI-Arc will also be celebrated at the school’s 40th anniversary reception forthcoming in April 2013.

Frank Gehry has built an architectural career that has spanned four decades and produced public and private buildings in America, Europe and Asia. His work has earned him several of the most significant awards in the architectural field, including the Pritzker Prize, the Arnold W. Brunner Memorial Prize in Architecture, the Wolf Prize in Art (Architecture), the Praemium Imperiale Award, the Dorothy and Lillian Gish Award, the National Medal of Arts, the Friedrich Kiesler Prize, the American Institute of Architects Gold Medal, and the Royal Institute of British Architects Gold Medal. He is Design Partner in the firm he established in 1962, currently known as Gehry Partners. He is also co-founder and chairman of Gehry Technologies, a global leader in applying technology to building industry challenges. Recent and current projects include 8 Spruce Street, the Campus for New World Symphony, The Pershing Square Signature Center, The Luma Foundation/Parc Des Ateliers, Dr. Chau Chak Wing Building for UTS, The Panama Puente De Vida Museo, New West Campus for Facebook, Eisenhower Memorial, and the Foundation Louis Vuitton pour la Creation.