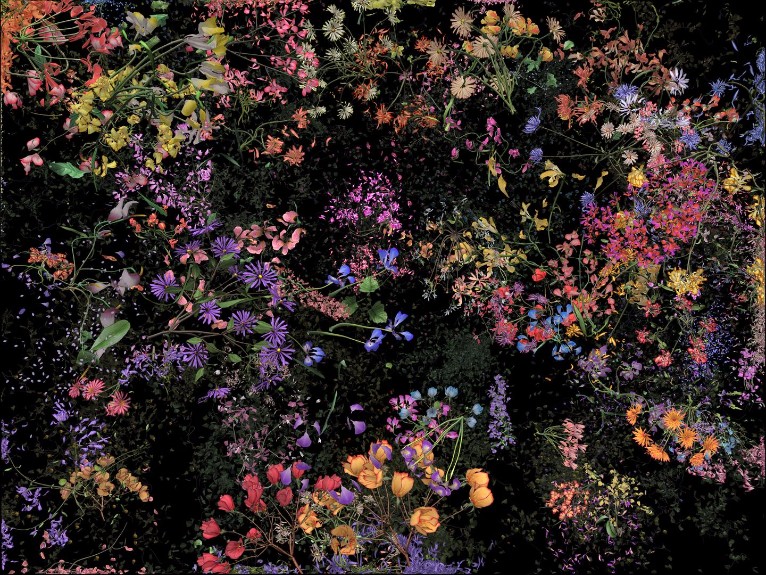 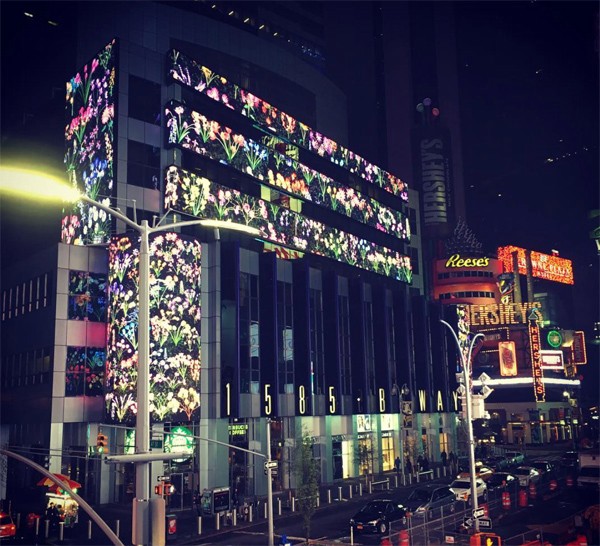 This month, starting the fifth year of the program, Jennifer Steinkamp's film Botanic lights up the Times Square billboards every night from 11:57pm to midnight.

Botanic consists of flowering condolence plants floating inside a cubic framework. The flowers are blown by an unseen force, causing the plants to collide with each other and the edges of the frame. With each collision, they break apart into a collection of seeds, twigs, leaves and petals. The animations loop forward and back, transitioning between breaking apart and coming back together.

By placing the animations on multiple screens in Times Square, the container of the video expands to the space of the city, where the imagery of nature contrasts against the man-made architecture. 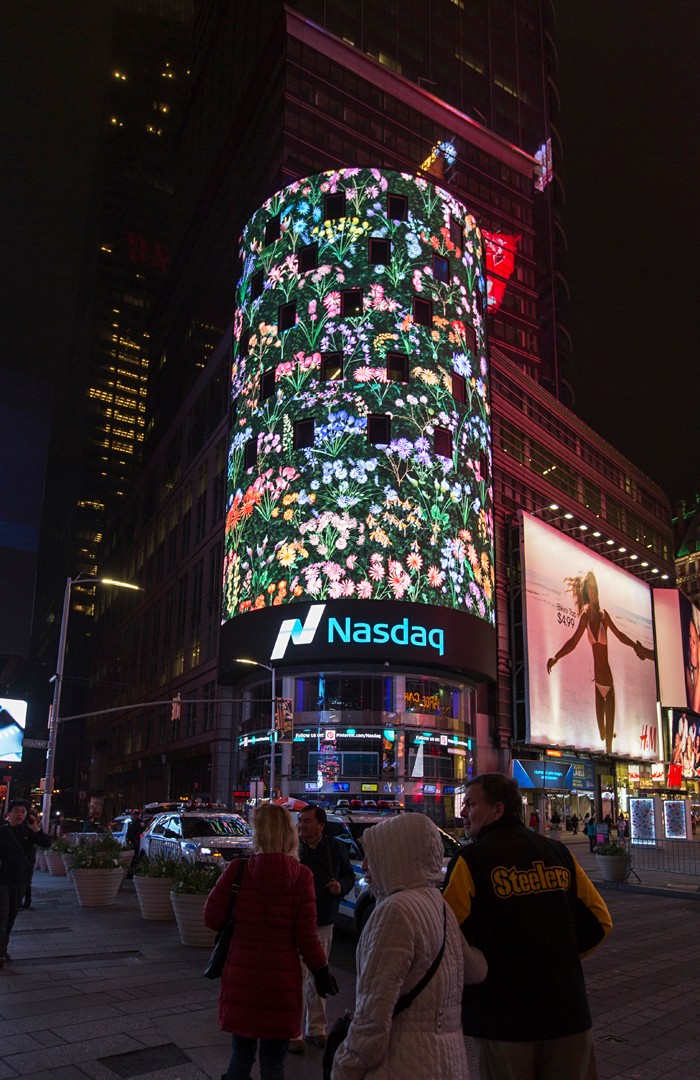 Jennifer Steinkamp said, “The opportunity to create artwork on such a grand scale within extreme iconic architecture is amazing for me. I am excited about my work being presented in this context, and the meaning that the artwork can lend to the context and vice versa.”

Jennifer Steinkamp employs computer animation and new media to create projection installations in order to explore ideas about architectural space, motion, and phenomenological perception. Her digitally animated works make use of the interplay between actual space and illusionistic space, thus creating environments in which the roles of the viewing subjects and the art objects become blurred.

Jennifer Steinkamp teaches at UCLA's Design Media Arts Department. She has exhibited widely at prominent institutions and biennials worldwide, and her work can be found in numerous public and private collections.