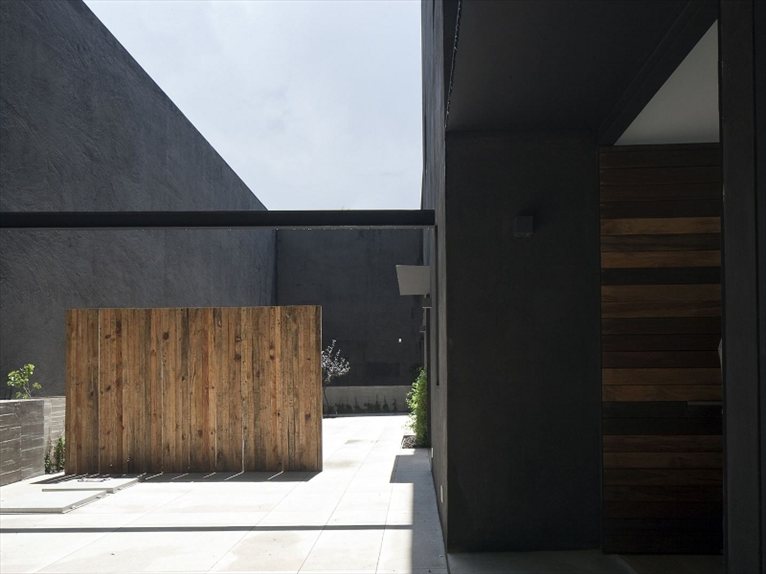 The young architecture office DCPP Arquitectos of Mexico City has completed a residential project in the southern part of the Mexican megalopolis: Cerrada Reforma 108.

The basic concept of the project is to investigate the idea of positive space and negative space, trying to make a play of parts and counterparts to reciprocally define each other.

The designers have decided to build only half the available area: a longitudinal block of 5 x 20 metres, which corresponds to the house. The remaining space, a mirror image, is the negative space. Designed as an open space or public area, it is exactly the same size, is clearly defined, but not physically occupied.

The dialogue between the constructed block and its open counterpart is carried out through a transparent façade for the entire length, with other types of screening for private areas such as bathrooms and bedrooms. The counterpart of the transparent façade is a solid wall of the same height which marks the open space. This helps to close the visibility to neighbours, ensuring the right degree of privacy.