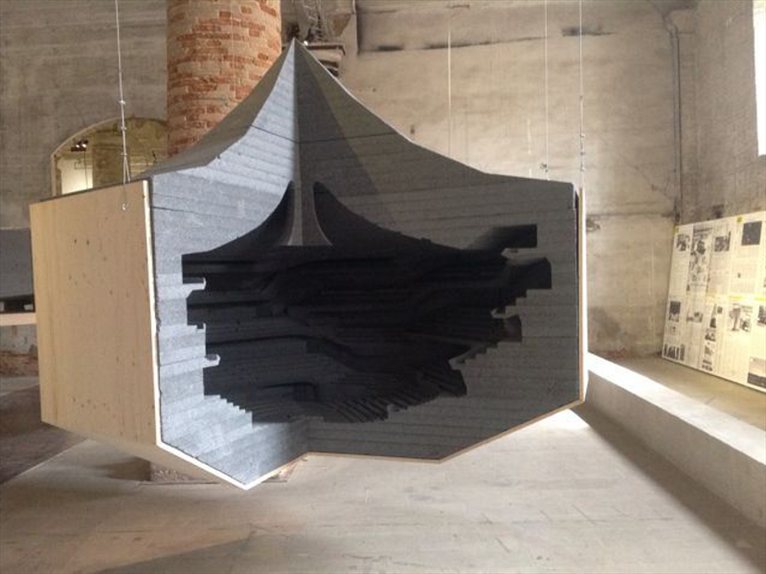 Swiss architects Herzog & De Meuron Architekten's contribution to the Venice Architecture Biennale's theme of common ground is somewhat unusual and controversial. They have taken their highly ambitious unfinished Elbphilharmonie concert hall project in Hamburg, have carved some of its spaces from layered foam blocks and suspended them from the ceiling of the Arsenale. Then they have lined the walls behind the models with newspaper cuttings regarding the controversy to provide an, as far as possible, impartial chronology of the events leading up to the suspension of the construction work explaining the diverging interests involved.

For those who do not know the trials and tribulations of this project (Elbphilharmonie), here is a brief summary of what has happened since work began in April 2007 with planned completion in 2010. The city of Hamburg in Germany wanted a cultural icon and tourist magnet, and Swiss architects Herzog & de Meuron delivered. Their project was for a glass-walled concert hall sitting on top of a red brick warehouse by the Elbe River, first built in 1875 then rebuilt in the 1960s. Their complex included a 2,200-seat concert hall, a multi-purpose hall with 660 seats, a hotel and restaurants. As work progressed it soon became what the client (the city of Hamburg) had requested: “a landmark visible from afar, lending an entirely new accent to the horizontally conceived city of Hamburg – as an expression of reaching out into new territory, into the harbor area along the shores of the River Elbe.” However, the first signs of problems were heralded in 2008, just a year after work began, when the contractor Hochtief, was forced to renegotiate the original contract of €241 million for the new figure of €503m as a result of rising costs. However, the final straw does not seem to have been the increased cost (although a cheque 150% higher than originally planned and a 300% higher bill for the taxpayers of Hamburg did, I am sure make a difference!), but the delayed completion date. Indeed recently the chief of the Hamburg Elbphilharmonie, Christoph Lieben-Seutter, gave up on planning an opening date for the new concert hall, describing the continuous delays as a “joke across the world”. He told local newspaper Hamburger Abendblatt: “You can delay the opening once, that happens a lot. Twice is very unlucky. But you can’t delay it three, four, five times.” The City of Hamburg, thus decided to take legal action to ensure that the contractor admitted the delays were their fault. They did not and also blamed the architects for changing designs and turning in plans late. 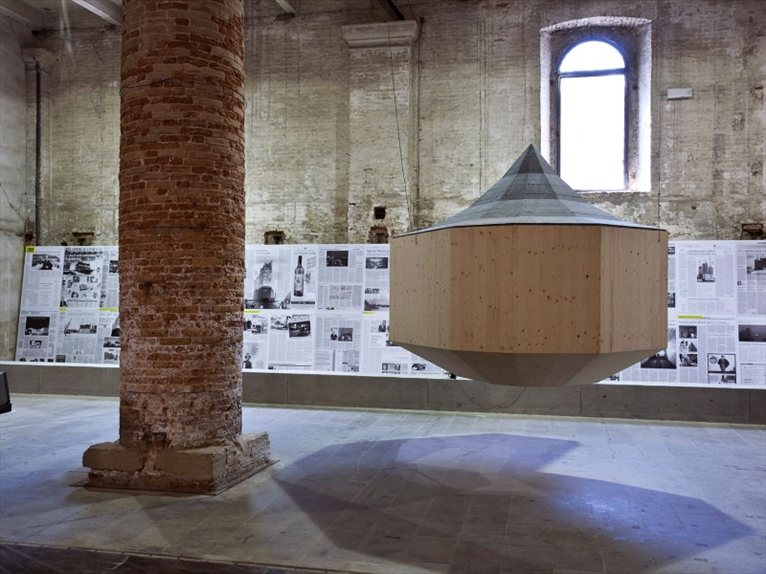 The dispute goes on, and last year the contractor stopped work, putting back the opening date even further and triggering the above-mentioned comments of the chief of the Elbphilharmonie. However, the City council calls the lawsuit “a nomal part of the contruction process” and this is where Herzog & de Meuron's suspended model comes in. The model gives visitors not only the opportunity to see what the project will look like when completed but also gives an insight into the problems afflicting construction sites as a result of conflicting interests, although as the council says: “It’s the building that the city deserves. It will put Hamburg on the map and people will have forgotten about all this soon after it has been completed.” …. but when will it be completed?