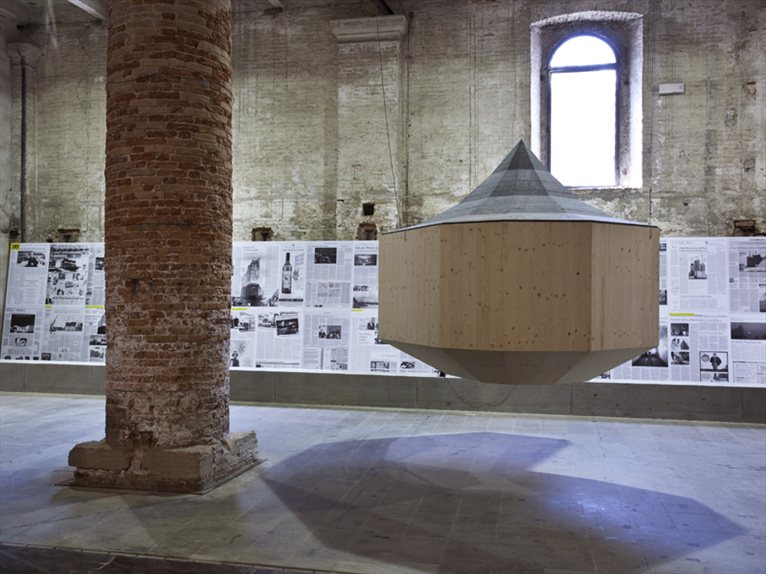 For the Venice Architecture Biennale Herzog & de Meuron suspended from the ceiling of the Arsenale layered blocks of wood-and-foam model of the Elbphilharmonie performing arts center in Hamburg, still under costrunction. Behind it, they installed a long wall plastered with several reports regarding the controversial project which served to improve the project and make it less difficult to share. This is the way the Swiss architects interpreted "common ground", the main theme of this year's Venice Biennale.

Herzog & de Meuron: “The history of the Elbphilharmonie is an almost incredible example of a bottom-up democratic project, informed with euphoric energy, driven by architectural beauty, cultural-political vision, and civic pride. This energy exhausted itself in the face of exploding building costs and seemingly endless prolonged construction, culminating in a temporary building stop in November 2011.

The large-scale construction site increasingly mutated into a battlefield involving the three main players: the client (the City of Hamburg, and its representative ReGe), the general contractor, and the architect/general planner. Ideally, the construction site of every building project is a platform of interaction that engages these three main forces; in this case, it relentlessly exposed conflicting interests and requirements. The story of the Elbphilharmonie provides, as an example, an insight into the extremes that mark the reality of planning and building today.

Our installation for the Biennale presents the project without taking a stand or attempting to analyze the complexities of its evolution. The only comments provided are uncensored press reports, demonstrating that this project has been a focus of public interest and ongoing debate for years. The installation includes representations of the complex building services; camera shots walking through the construction site; and large-scale models, whose spatial and physical presence represent what the architects wished and still wish to foreground: architecture”. 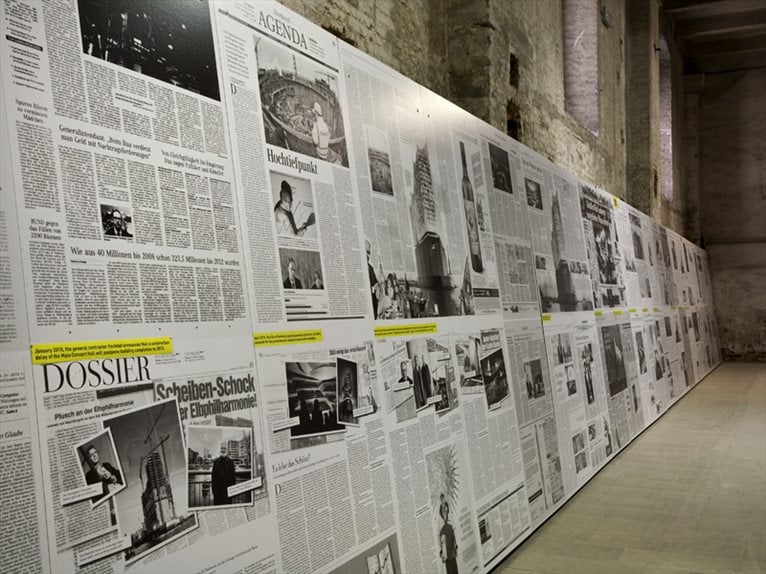 Elbphilharmonie - The construction site as a common ground of diverging interests