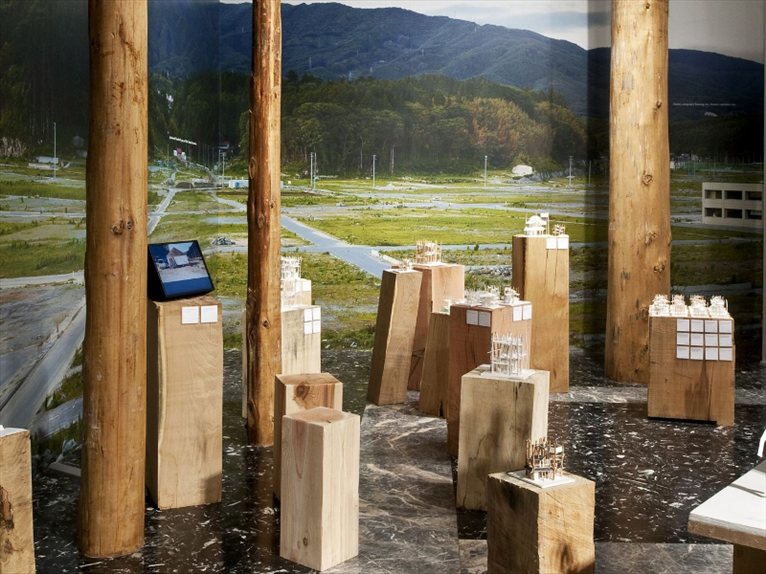 The International Jury of the 13th International Architecture Exhibition of Venice, made up of Wiel Arets (Netherlands), Kristin Feireiss (Germany ), Robert AM Stern ( USA), Benedetta Tagliabue (Italy / Spain) and Alan Yentob has just revealed the official awards of the Biennale of Architecture 2012.

Under the title "Home for All" the Golden Lion for Best National Participation goes to the Japan Pavilion, for the "great humanity" with which the project addresses and tries to give a concrete and humane answer to the enormous discomfort of the 2011 earthquake.

Other special mentions for the Polish Pavilion, the Russian Pavilion and the USA Pavilion .

The Golden Lion for the best project of the International Common Ground Exhibition (at the Arsenale) goes to Urban Think Tank for the “Torre David / Gran Horizonte”. Special Mention for Cino Zucchi for Copycat. Empathy and Envy as Form Makers and silver Lion to  Grafton Architects for their new university campus in Lima.

We are still waiting to find out who the Silver Lion for the most Promising Young architect of the International Common Ground will go to:

The award ceremony, scheduled for today starting at 11 am, is being held at the Gardens of the Biennale, at the same time as the inauguration and the opening of the exhibition to the public. In today's ceremony, the Golden Lion was also awarded to Alvaro Siza for Lifetime Achievement, a decision that had already been announced by the Board of the Biennale di Venezia, chaired by Paolo Baratta, upon the proposal of the Director David Chipperfield.

Thanks to Brunella Angeli, who is following the ceremony for us in Venice and is updating us in real time on the results.