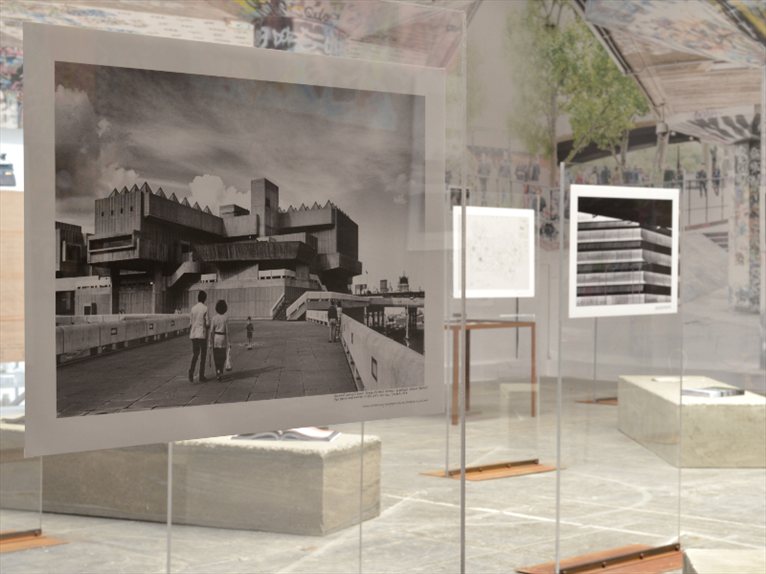 On August 27th at the Venice Biennale Office for Metropolitan Architecture (O.M.A.) unveils the exhibition Public Works, showcasing architectural masterpieces realized for the greater good by bureaucrats: 15 buildings, across different European cities, designed by architects employed by the public sector. The exhibition is curated by OMA Partner and Director of AMO/OMA Reinier de Graaf and by OMA Associate Laura Baird.

Forty years ago the public cause proved a powerful source of inspiration. Given the numbers of architects that chose to serve it, one might even speak of a common ground. In the age of the 'starchitect', the idea of suspending the pursuit of a private practice in favour of a shared ideology seems remote and untenable. In the context of the 2012 Venice Architecture Biennale, this exhibition hopes to provide a small contribution towards finding that common ground once more… - Reinier de Graaf, August 2012

In the late 1960s and early 1970s, large public works departments were common in Europe. Many of these departments employed architects, who, as civil servants, worked to serve the public cause. Even today, the legacy - the public buildings that remain standing - looks refreshingly modern and innovative.

Reinier de Graaf calls the 60s and 70s - the heyday of public architecture - "a short-lived, fragile period of naïve optimism - before the brutal rule of the market economy became the common denominator." De Graaf notes "a strange paradox, that precisely the benign ideology of the welfare state chose to be represented by an architectural style known as Brutalism." On display will be work by architects employed by the Greater London Council, the Public Works Department of Amsterdam, the Dutch Rijksgebouwendienst, the Senatsbauverwaltung of West Berlin, and work from various architects in France and Italy as members of special 'Architect Councils', 'guiding' the public sector on matters of architecture and urbanism.

The exhibition is a mix of photographic record of the buildings in their current state and archival material. It is located in the Central Pavilion of the Giardini, and will be open from 29 August until the 13th Architecture Biennale closes on the 19 November, 2012.