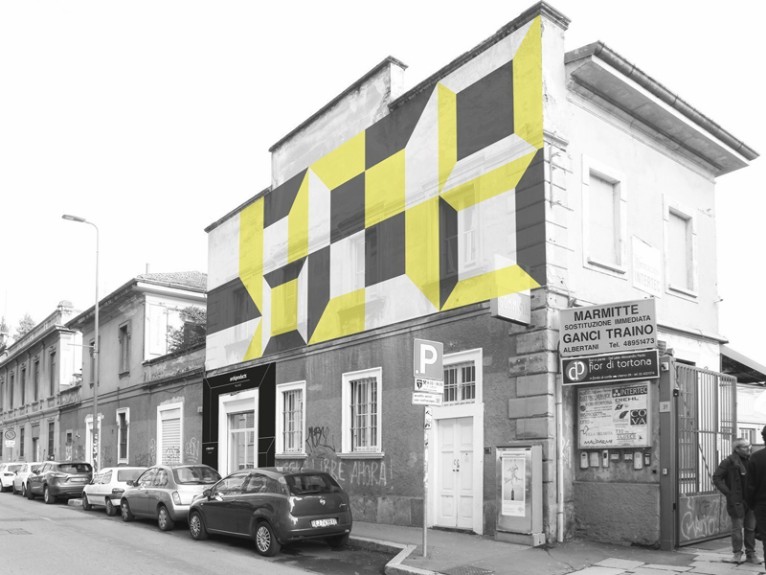 A composition of incredibly lightweight aluminum mesh, created by KriskaDecor and designed by Diego Grandi, covers the facade of the turn-of-the-century building set to host Archiproducts Milano, the first co-net-working design space in Milan.

Its address is via Tortona 31, in the heart of the new Milan, among art, fashion, design, and business.The inauguration will be held from April 11th, on the opening day of Milano Design Week 2016.

It certainly won't be difficult to point out. Upon looking up, it will be instantly visible: a precious, brilliant gold and black tent, composed of countless anodized aluminum chains. It will bear the mark of Diego Grandi's pencil for Archiproducts Milano. A strong mark, characterized by graphic and geometric elements.

"It's one of the few buildings which haven't yet been restored - explains Enzo Maiorano, co-founder of Archiproducts - and which retains the heritage of the old Tortona. As there has not yet been a definitive intervention, we decided to embellish the facade to signal that something new is happening inside". 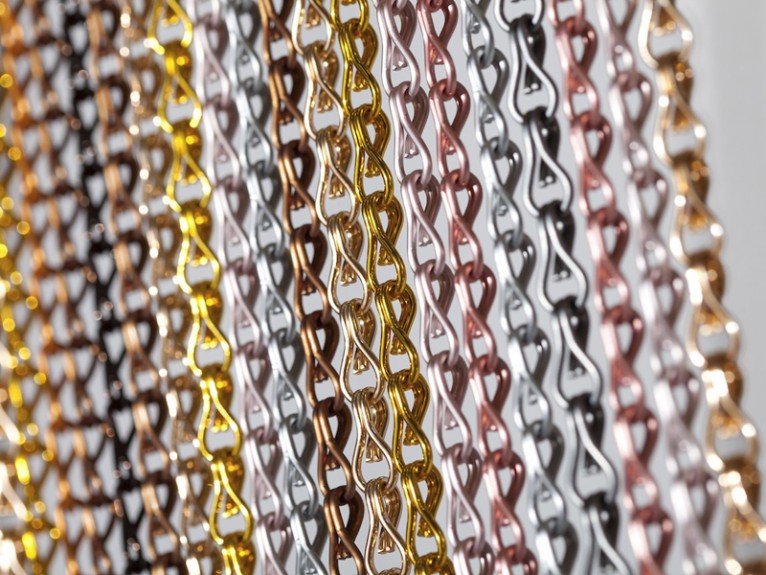 The aluminum chains were furnished by KriskaDecor, the Spanish brand which invented the Kriska® aluminum chain and the special anodizing process which, by offering a wide range of colors, allows for the creation of truly unique compositions.

"The large-scale surface project highlights the entrance and outlines Archiproducts' 'physical portal”, through which the web platform and virtual space manifests itself for the first time as a physical space. Starting from this physical aspect, the pattern suggests three-dimensionality through a series of two-dimensional backgrounds which conceptually recall the internal spaces. 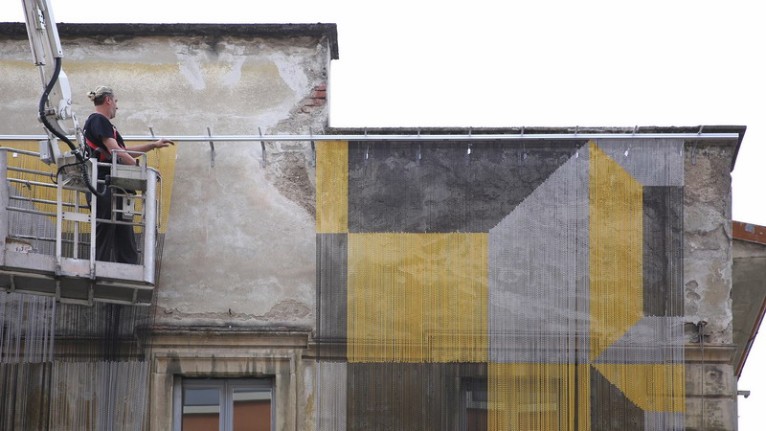 The chromatic harmony and the depth perception evoke an ideal construction composed of volumes and boxes which develop as a sequence of infinite rooms", Diego Grandi. 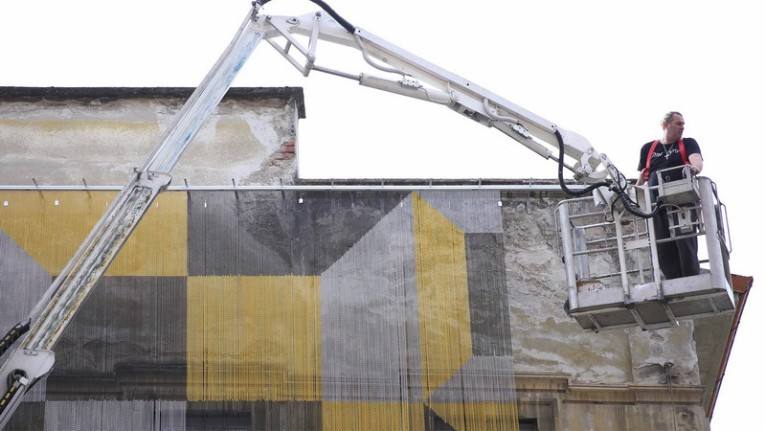 "The pattern which redesigns the facade - Enzo Maiorano continues - alludes to the passage from the web to the city. With this design, Diego Grandi has perfectly interpreted the linguistic caliber of the Archiproducts Milano space, the generating principle of which is in the three coordinates of the three-dimensional Euclidean space. The three axes which generate the infinite sequence of volumes allude to this passage, from a virtual space to a real space". 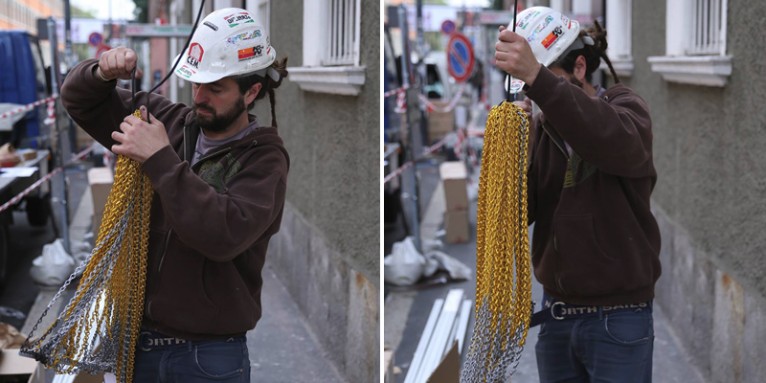 From the web to the city: Archiproducts Milano is a hub in which Architects, Designers, and Brands in search of inspiration and opportunities meet to collaborate on projects and value sharing and networking. 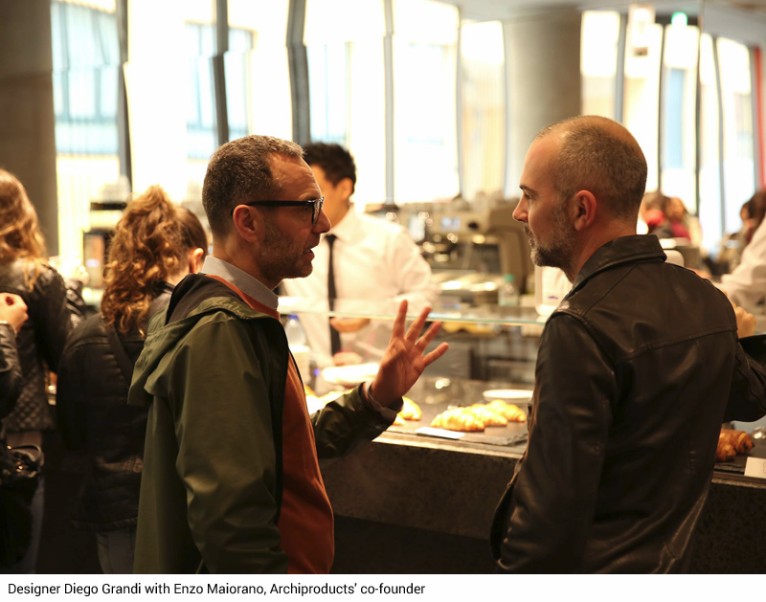 Photos and videos of the finished installation will be available soon: stay tuned!