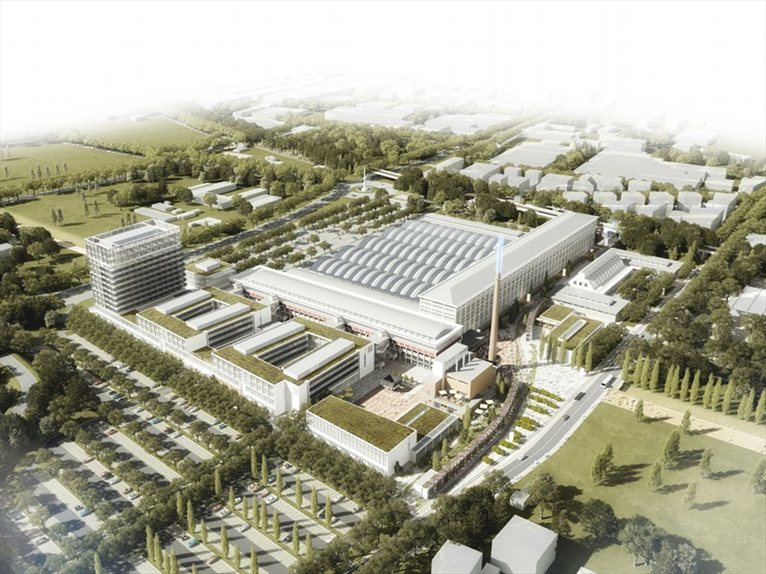 The office of architects von Gerkan, Marg and Partner (gmp Architekten) will transform the industrial monument of the former Tobacco factory, north of Bologna, into a Modern Technology and Innovation Centre. The project of the German team was awarded first prize of one of the most important international architecture competitions published in Italy in the last few years and launched by the Region Emilia Romagna in February 2011.

The work of Gmp Architekten firstly envisages, the restoration and recovery of the existing buildings designed by Pier Luigi Nervi in the period between the 1950's and the 1960's, which shall be consolidated and renovated both from the seismic viewpoint and in terms of energy, while respecting the original colours and materials.

The new Technology centre will cover an area of 110,000 square metres, including laboratories, offices, exhibition rooms, teaching classrooms, conference rooms and several services including hotels, restaurants, a creche and connections with the surrounding environment.

The newly constructed buildings will be arranged starting from the main square, which includes the power station, along four axes, according to a windmill arrangement.

Gmp Architekten's project stands out for preservation and attention to the functionality and accessibility of the technological complex, beating the eight other architectural offices competing and which included the Dutch group Office for Metropolitan Architecture (O.M.A.), who finished second and the Spanish architects Mbm Arquitectes, who came third.

The Technology Centre is destined to become the new nerve centre of the Region of Emilia Romagna and comes within the regional system of Tecnopoli for industrial research, innovation and experimentation and technological transfer.