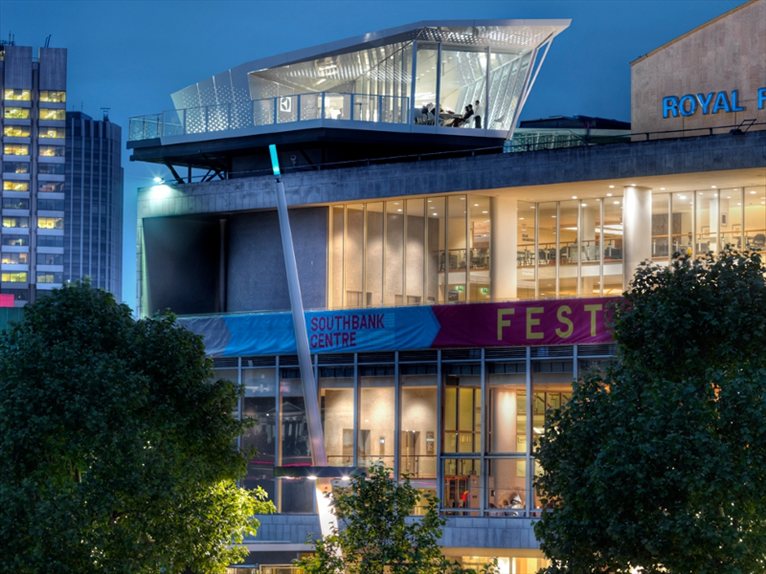 The European tour of The Cube continues in London and Stockholm. The Cube is a nomadic, stateless and cosmopolitan architecture, a contemporary pavilion to be used for a specific time to accommodate a small restaurant.

The roving restaurant is a project commissioned by Electrolux to the events agency Absolute Blue in Brussels, which was responsible for devising and organising it. The design office Park Associati of Milan, took care of architectural and interior design and Studio FM devised the logo and the texture of the skin of the pavilion.

After its inauguration in Brussels, where the restaurant was active from April to July 2011, on the arch of the Parc du Cinquantenaire, in December 2011, the restaurant moved to Milan, perched on the roof of a building in Piazza del Duomo, just a few meters from the spires of the Cathedral, where it stayed until the end of April 2012. Now, thanks to two twin structures, the structure is active simultaneously in two different places: in London, on the roof of the Royal House Festival from June 1st to September 30th (as we mentioned in the story about London 2012) and in Stockholm, hosted on top of the Royal Opera House, from June 18th to October 21st.

The inside of The Cube has been designed to adapt to different configurations. The pavilion is made up of a vast open space with an open-plan kitchen and a single large 18-place vanishing table which raises towards the ceiling to form a lounge area for after-dinner purposes. The total area of approximately 140 sq m is divided into an open space and the 50 sq m terrace.

In the kitchen, equipped with high-tech household appliances in the style that characterizes Electrolux, there is a continual turnover of internationally renowned chefs, offering guests a service of show cooking with a specially created menu.

The Cube is designed as module which can be disassembled and reassembled and which can adapt to any climatic situation, even the most extreme ones, always expressing maximum living comfort with the highest aesthetic and material value.

The construction retains the lightness and versatility of an exhibition booth with the design complexity of a building. The materials used, technologically highly innovative in terms of their eco-sustainability and energy savings, can be constantly re-used.

The formal simplicity of the pavilion is underlined outside by the white and moving colour in the volumes also thanks to the use of laser cut aluminium “skin” which forms a texture with a geometrical design covering the whole external surface. The base of the building, in a slightly raised position compared to the floor it rests on, accentuates the idea of lightness and formal cleanliness which characterises the whole structure. High-tech solutions are also used inside for lighting, the heating and conditioning system, sound diffusion and of course for all the kitchen equipment.