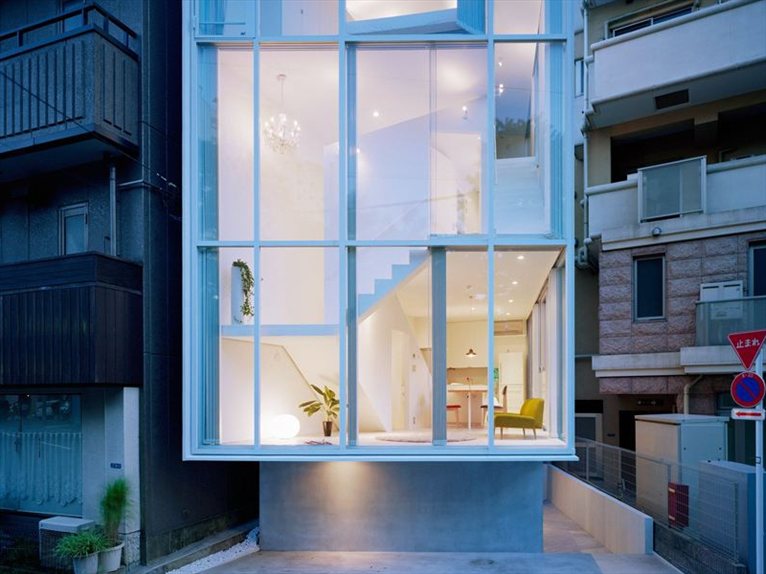 Life in spiral is a Tokyo house, designed by Hideaki Takayanagi, which explores the concept of opening and closing to the surrounding city.

Built in a very cramped site, as is the wont in the Japanese capital, the house exploits less than 30 of the lot's 50 square metres, developing itself narrowly between two buildings.

The four storeys of the house are focussed around the staircase, a volume in the shape of a ribbon which winds its way through the functions of the house. The staircase is the key element for the whole project. Indeed the glass façade means that passers-by can see it as it winds its way through the house, separating environments and providing shade and privacy to the most private areas.

These large glass façades, inspired by classical Japanese porches (Engawa ), also avail of overlapping blinds that add a further level of protection of the interior from view of passers by.