Seen from the outside, Santa Barbara in Llanera Church designed by architect Manuel del Busto in 1912 and located in Asturias looks like any other old church dating back to the first half of the 20th century. But once people step in, they can’t believe their eyes.

Thanks to the initiative of a group of skaters and artists led by Madrid-based street artist Okuda San Miguel, a Spanish 100-year-old historic church has been converted into the temple of art and skate. 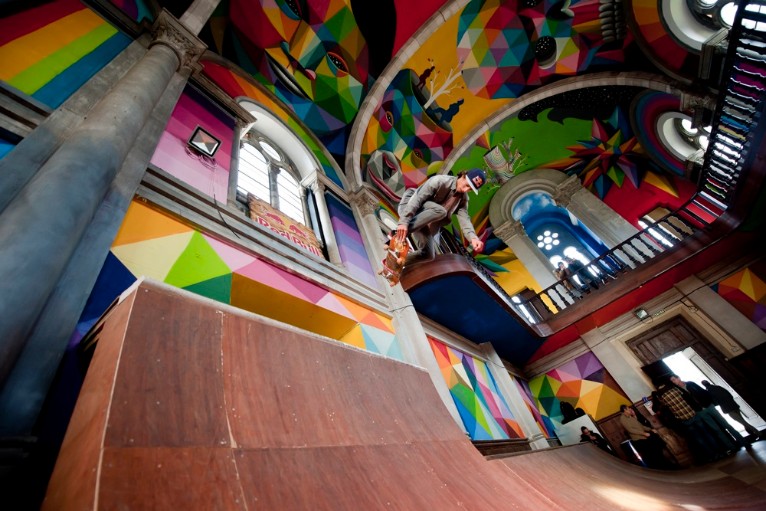 But let’s step back in 2000s. A collective of skaters known under the name of The Church Brigade decided to purchase the church abandoned in the 30s during the Civil War, persuaded it could be the right scenario to install a skate ramp and create a unique place for skaters to meet.

Because of its bad condition, the collective had to run an online fundraising campaign through Spanish crowdfunding website Verkami to get the budget required for the reconditioning of the building, in which Red Bull took the role of official sponsor.

When street artist Okuda San Miguel knew about the project, he offered to add his personal touch. After seven days of intensive work, the site changed completely: church interiors were covered by colorful geometrical skulls and faceted figures, which are the artist’s trademark.

Kaos temple – that’s what the church has been renamed - is now like a rainbow skate park where passion for skateboarding, DIY, art and self-expression coexist, as well as a true conquest of a classic scenario by urban art. 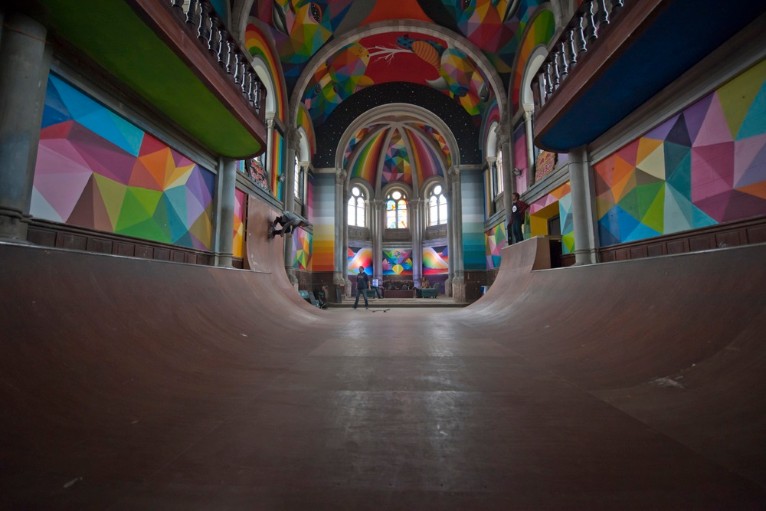 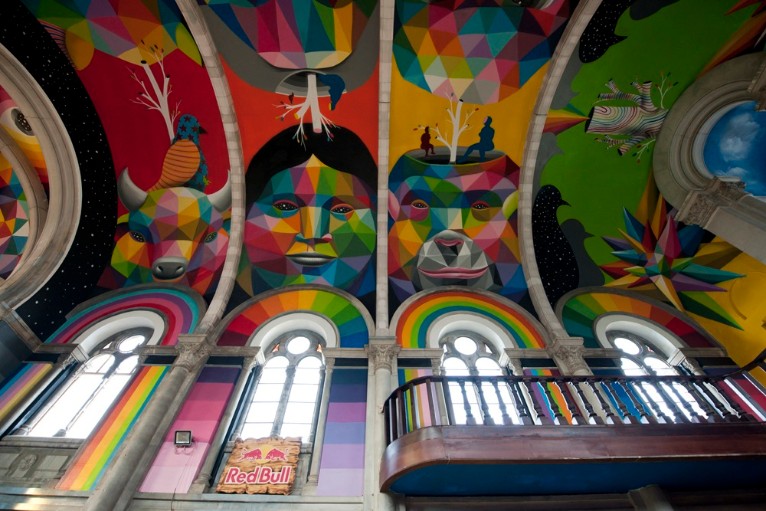 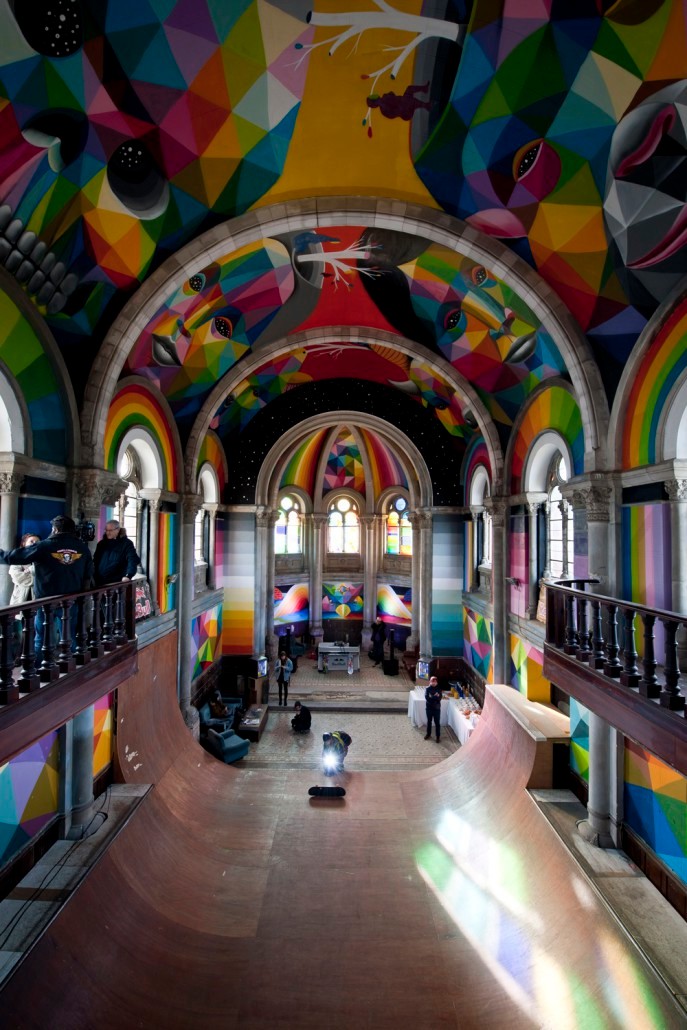 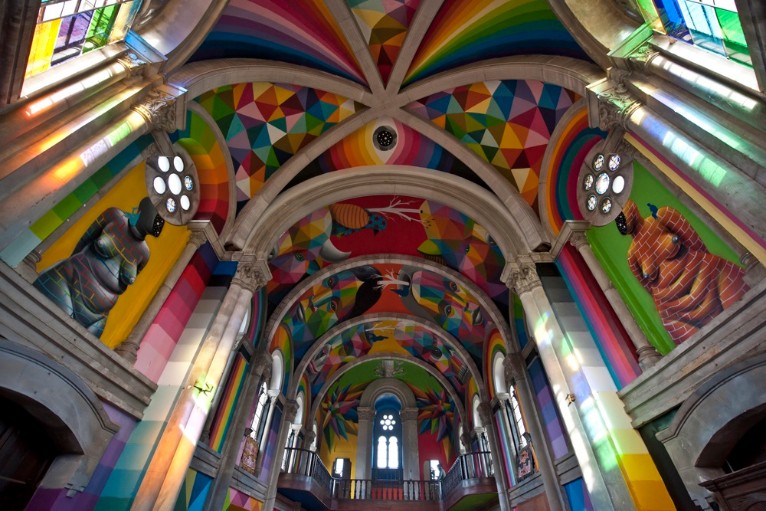 Watch the video interview Okuda released about the project he defines as “his personal Sistine chapel”.