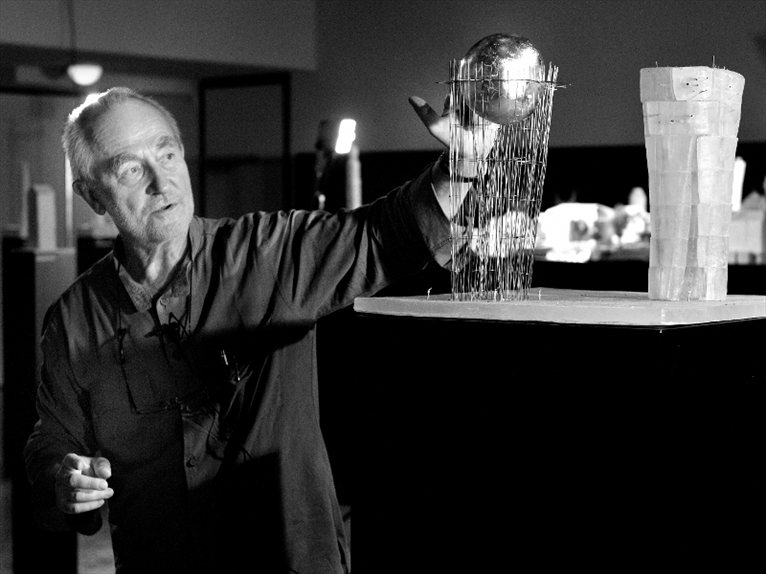 In presenting Peter Zumthor’s architectural models the Kunsthaus Bregenz is opening a part of its hitherto little-known collection to a broader public. Few are aware that even before the opening of the Kunsthaus in 1997 purchase of works by contemporary Austrian artists as well as works at the crossroad of art and architecture by international artists had already begun. Significant donations by Donald Judd, Per Kirkeby, and others to accompany exhibitions and publications with the KUB have further extended the collection. Moreover, in the past three years there has been a policy of purchasing works from the big solo exhibitions or of artists donating them to the institution as a form of return service. One of the largest groups of works in the collection consists of architectural models by Peter Zumthor. Some of these exhibits have been in storage at the KUB since the architect’s solo exhibition in 2007. Further models have been or are still being added to the collection as permanent loans.

As of June 2012 a selection of these models by Peter Zumthor will be on show in the 200 square-meter space on the first floor of the Post Office building directly adjacent to the Kunsthaus Bregenz. The curatorial conception and design of this showcase has been developed in close consultation with Peter Zumthor by Thomas Durisch. Realized buildings as well as projects that remained in the design stage will be on show. In its variety the exhibition demonstrates the outstanding role that working with models and original materials such as wood, metal, or clay play in Peter Zumthor’s studio.

In addition to the majority of exhibits, which are presented on a system of display shelves specially designed for the purpose by the architect, three specimen projects will be individually displayed. These three projects, all involving cultural spaces in the broadest sense of the word, are of recent date. All three buildings serve in different ways as gathering places for the presentation of cultural products such as handicrafts and music or (Redevelopment of De Meelfabriek, Leiden) revitalize an industrial heritage. Two of the projects (Werkraumhaus, Andelsbuch, and New Town Gate, Isny) are also notable for their geographical closeness to Bregenz.

1943 Born in Basel, trained as cabinetmaker in his father’s workshop and studied design and architecture at the Kunstgewerbeschule, Basel, and the Pratt Institute, New York. Since 1979 he has had his own architectural practice in Haldenstein, Graubünden, Switzerland. Visiting professorships at South California Institute of Architecture, SCI-ARC, Los Angeles, 1988; at the Technical University, Munich, 1989; and at the Graduate School of Design, GSD, Harvard University, Boston, 1999. From 1996 to 2008 professor at the Accademia di architettura, Università della Svizzera italiana, Mendrisio.