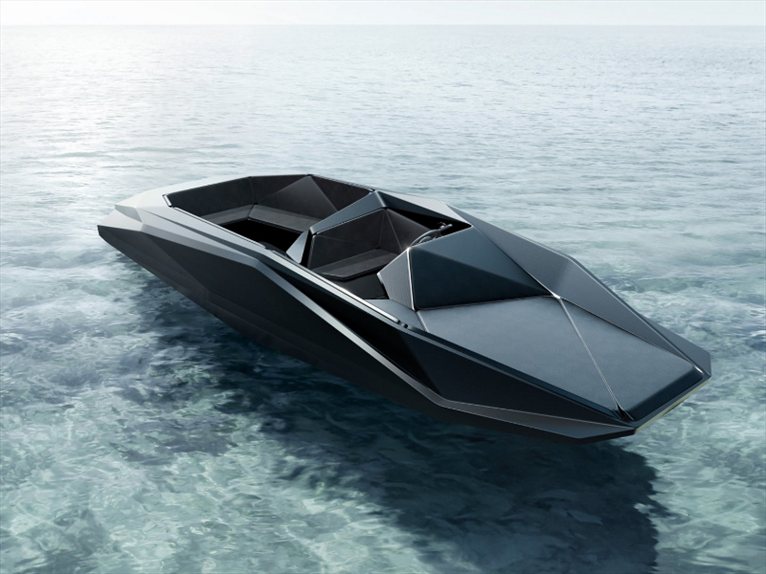 After Z-Car, the Stirling Prize winning team of Dame Zaha Hadid and Patrik Schumacher (for the Maxxi) have turned their design skills to the water, with a limited edition boat, also commissioned by UK-based American art dealer Kenny Schachter's Rove Cars.

Some writers have said that the boat bears an uncanny resemblance to Darth Vader, others that it is the boat version of the Batmobile, while the official design blurb says it has “a sculptural appearance”, we'll leave you to judge for yourselves from the two pictures so far released by Zaha Hadid Architects.

Anyway the boat will be 7.5 metres long and 2.5 metres wide. When loaded the length under the water line will be 6.6 m and it will be able to carry up to eight passengers. At top speed (about 40 mph) the consumption will be about 2 miles per gallon, but that is irrelevant to anyone who can fork out the initial $ 450,000 for the boat.

The first is expected to be completed by next spring and it is said that it will be French company Shoreteam, based in Caen Normandy, who will make the boats, 12 in all, coming in different colours; grey, white and blue being the ones so far confirmed. The Boat will be made of fibreglass and carbon fibre while the interiors will, according to Schacter, be “spec-ed out with a vinyl material new to the market.”

It follows (not so) hard on the heels of the Z-car (2005-2008), also designed by Dame Zaha Hadid and Patrik Schumacher with Jens Borstelmann, the three-wheeled car of the future commissioned by Schachter again, but which remained in the prototype phase never going into production. Hadid later developed a four-wheel version, Z-car II, which Schachter hopes to put into production soon and which is based on the Mitsubishi In-wheel motor Electric Vehicle. 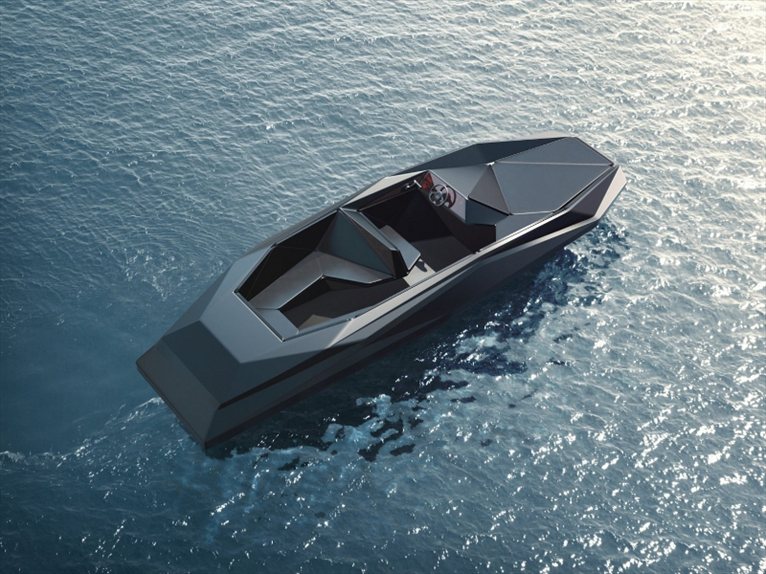 We wait to see whether this boat will ever see the light of day, let's hope it does, if not for its undoubted design merits, then at least for Kenny Schachter's bravery. Indeed, undaunted by the global economic crisis, he is at least trying to keep the ball rolling in the luxury sector.