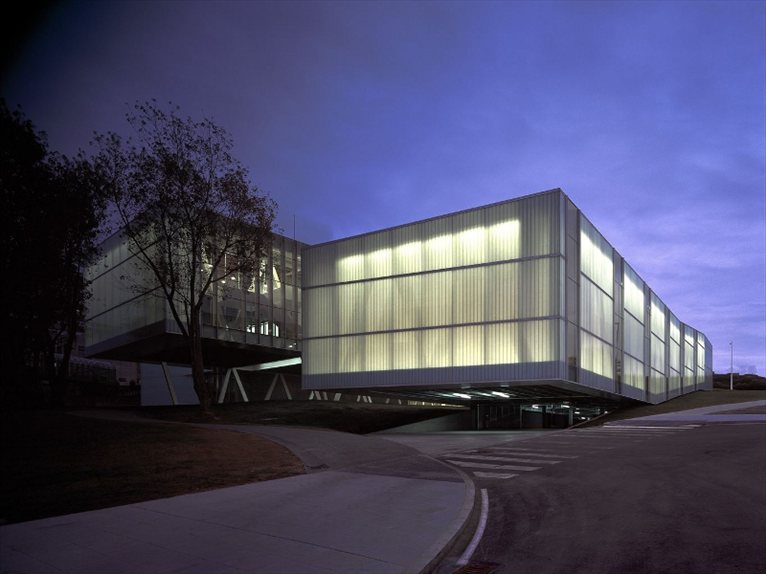 The AGORA SOCIOCULTURAL CENTER, in the Spanish city of A Coruña (Corunna in English), was designed by ROJO/FERNÁNDEZ-SHAW as an accessible space open to all citizens. Its public and collective character faces a dual architectural challenge linked on the one hand to the complexity of the many functions and on the other to the qualities of the context in which it is inserted.

The architects have worked on the design of an architecture built on the principles of landscape and iconographic simulation to protect the memory of the natural and rural environment characterising it today, which is, moreover, the distinctive feature of Galicia.

“We are planning an architecture that is integrated with natural land topography and continuing with it. That’s why the roof is modelled as landscape, with green and hydroponic systems, calling to a simulated and decorative fiction of a rural landscape associated with original one. Magic Mountain - the name given to it by the designers – sets out to provide a vegetable and protective shell in which architecture integrates into the city and its surroundings, so that we remember history and tradition of a region linked to the natural and rural environment, and to promote an idea of a city based on sustainability and balance.”

The formal order of the centre is a reflection of two impulses: a spatial one that seeks a balance between the new architecture and the landscape in which it is to integrate and a functional one that meets the needs and the relationship between areas which house 10,000 sq. m of related, but different functions.

“That’s why we are proposing an architecture that balances architectonic and landscape configuration, integrating volumetric form and moulded landscape. For that purpose, we are proposing a formal structure, spatially and structurally dense, in which geometric and transparent solids are integrated with continuous and fluid empty spaces that run between them.”

The final result is a balance between interior and exterior and between compactness and fragmentation, whose porosity and transparency must guarantee its accessibility and public character, and whose density and compactness must guarantee the capacity of architecture for building a recognizable environment protected from the urban context.