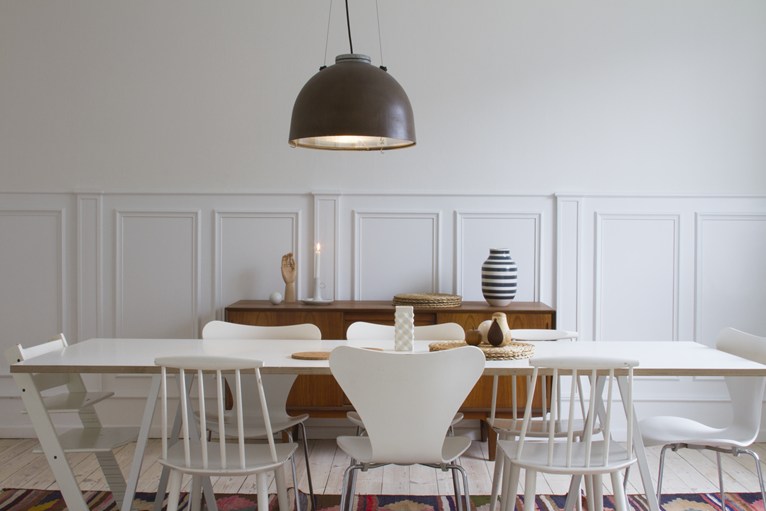 My meeting with Marcia wasn't planned. We met two years ago when our "digital-paths" crossed on Instagram and have been in touch ever since.
I was spending some time in San Francisco when I saw on Instagram a picture in which she was promoting her book signing event in the city. It was such a great opportunity to meet this talented photographer in person and ask more about her book "How we live".

Q: 2 ½ years, 24 countries and 18 designers’ and artists’ homes. What made you decide to create this book? For whom is it intended?

A: I decided to create this book 3 years ago when I returned from Rome, Italy, which was my first time outside my country, the United States. I suddenly realized there was a much larger world and cultural experience that I needed to explore. I was curious to discover the origins of design aesthetics such as the modern classics of Italian and Scandinavian designs. Also, I wanted to understand how the landscape, culture, economics, politics etc. affected the way a designer or artist lived and worked in their city. I wanted to juxtapose the major design cities alongside the more unexpected and raw cities such as Mumbai, Beirut, and Marrakech, for example.

Q: How did you start researching the homes, and which were the most important criteria upon which you based your research?

A: The research for the project started with first chosing the cities I wanted to visit and profile, which would satisfy the concept of the book. Once I selected the cities, I conducted so much research to find talented designers and artists with also beautiful homes that reflected their personality and acknowledged the landscape of the city. Important criteria for the selection was designers and artists who are independent thinkers, invested in their city, and their homes have a beautiful design aesthetic, character, and soul. 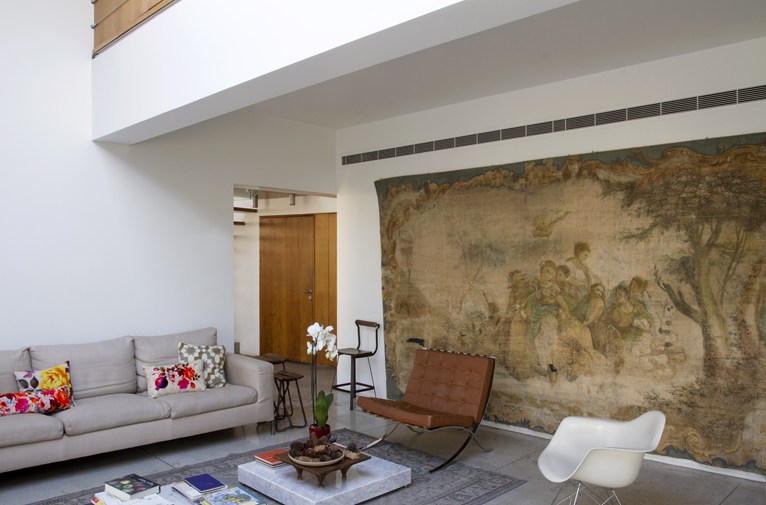 Q: You defined Mumbai, Reykjavik and Guadalajara as “unexpected cities”.  What did you find when you got there?

A: I purposely selected a handful of cities that were not as high profile design cities such as London, Milan, and New York City. Mumbai is a fascinating place because it is completely chaotic, overcrowded, overrun with poverty. Its contrasts between rich and poor, the vast shades of browns juxtaposed with vibrant colors of women’s sarees, the energy of agitated yet peaceful – all of these strong contradictions make Mumbai a very interesting study of how this type of environment affects how designers and artists live and work in such a situation. Mumbai is also incredibly photogenic.

I added Reykjavik, Iceland, to the list of cities to feature in the book, but really didn’t know much about Iceland before my visit. It has a geographic landscape unlike anyplace in the world with a close proximity to the Artic Circle. It is the country of fire and ice, a rural place made up of villages with only one city – its capital, Reykjavik. Because of the unusual geographic landscape, Iceland has attracted many artists, designers and musicians.

I found Guadalajara fascinating and unexpected. The city is often overshadowed by Mexico City in regard to art and culture, but I learned that Mexico’s famed architect, Luis Barragan, actually started his practice in Guadalajara.

Q: Beirut, Marrakech, Mexico City, do you think that the houses you captured reflect the culture, the life and the soul of the city in which they are located?

A: Capturing homes that reflect the local culture was an important part of this project. What I love about architect Raed Abillama’s flat in Beirut is the pool and deck that overlooks the changing cityscape below. The exterior design is inclusive of the surrounding area – taking in the sights, sounds, and smells of dynamic Beirut. Paul Lozano’s home in Mexico City reflects the creative and imperfect that is Mexico City. His way of living and working is to really enjoy. The day of the photoshoot he had a few friends over and we drank as he made ties and we all listened to music. Fashion designer Artsi Ifrach’s riad is deep in the medina in Marrakech – you pass artisans and street vendors while on the road to reach his place. His home is over 250 years old and has been in his family this entire time. The architectural elements such as the tile, doors, and lighting hasn’t been changed or altered over time, so it is very reflective of the decorative style of living in Marrakech. 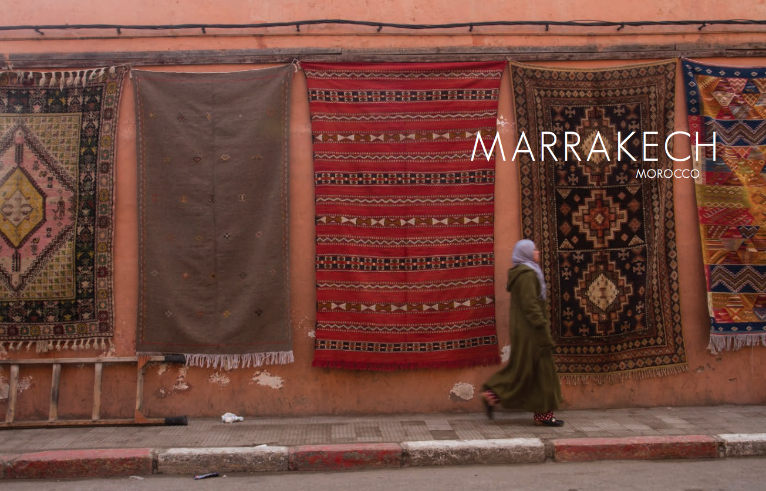 Q: Can you describe the relationship between the owners - whether they were Artists or Architects - with their own houses?

A: The general observation was the owner’s work was apart of their home – not just in the studio or office inside their home, but more of an infusion into their living quarters. Furniture designers had their own pieces as part of the furniture arrangement. Guadalajara based artist, Jose Davila, had his own and friends’ art hung throughout. The homes of designers and artists become a think tank for their work – a place that gives and receives inspiration for the artist.

Q: Do you think that houses like the ones in your book, in the hands of designers or artists (great and creative minds) could ever be considered 'finished' or are they always under a development process?

A: The curious minds of designers and artists keep them in constant search and study of a even more beautiful combination of aesthetics. As they interact with their reality, ideas and perspectives shift that makes them look at the same work a bit differently. Thus, an artist or designer’s work or home is never complete. 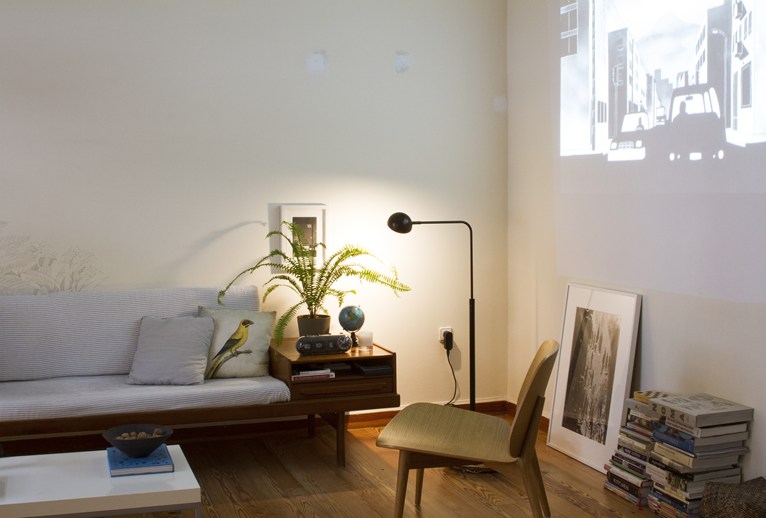 Q: How did the owners welcome you?

A: Every owner welcomed me with such curiosity and an open mind and heart. There was a beautiful cultural exchange. I met most of the owners for the first time when I knocked on their door for the photoshoot.

Q: You say “I hope to encourage others to be more adventurous and give in to unusual experiences when they travel” and I love this purpose, but what do you mean by it?

A: I mean to encourage others to infuse themselves into the city – stay with locals, make new friends, have dinner with new people, travel alone, venture away from touristic sites, visit cities off the popular destination list, go to places that challenge oneself – culturally, politically, economically, etc. To travel is this manner really opens one up to discover and learn. 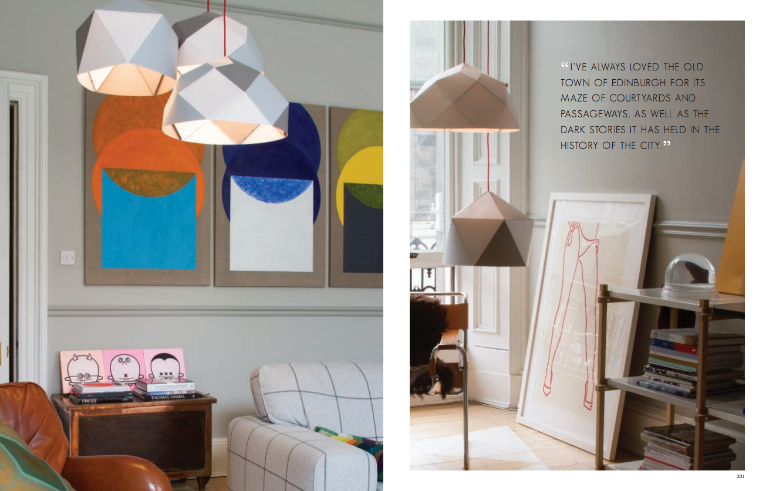 Q: Which is the most fullfilling experience you've brought home after this trip alone?

A: The most fulfilling experience was seeing how open and trusting strangers were around the world. I was just a girl contacting strangers and selling my project. I was received with so many “yes!” and open minds. Being invited into someone’s home is a very important and intimate gesture that requires a lot of emotional trust.

Q: Should we expect a B volume of How We Live?

A: Let’s see… I do have another idea for a book that would require some traveling, but the concept would be slightly different from How We Live. 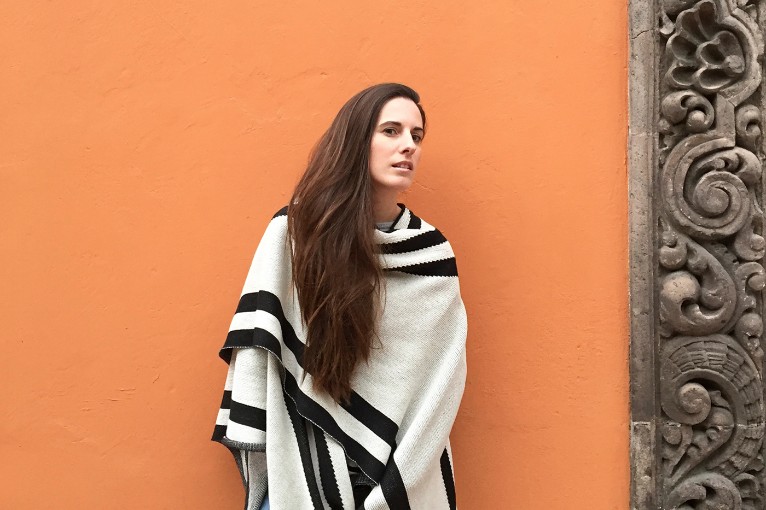 Marcia Prentice is an American photographer whose style captures the intersection of emotion and design in the home. Starting her career less than five years ago as a self-taught photographer with a background in interior design, she combined both of her sensibilities and built a career as an interior photographer working with designers, home brands, and media. Marcia has established her niche of photographing the homes of designers and artists with her unique intimate approach, and has now photographed over 150 homes of creatives.

Her work has been featured in such publications as Architectural Digest, Casa International (Beijing), Vanity Fair (Italia), Grazia UK, and the Freunde von Freunden book. She has hosted an interior photography workshop for designers and given a lecture at ESAD Matosinhos College of Art and Design in Porto, Portugal.