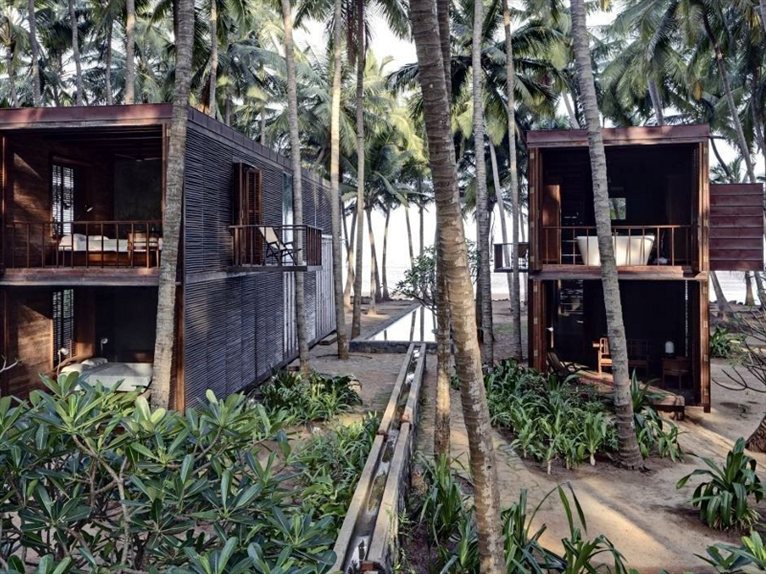 Studio Mumbai (India) has won the third BSI Swiss Architectural Award, the international award sponsored by the BSI Architectural Foundation, under the aegis of the Swiss Federal Office for Culture in Bern and the Mendrisio Academy of Architecture (Università della Svizzera Italiana), and organised by the Archivio del Moderno in Mendrisio.

This is the third BSI Swiss Architectural Award, which is presented every two years, and aims to draw the public’s attention to young architects from all over the world, whose work has made a significant contribution to contemporary architectural theory and practice, and who have shown particular sensitivity to landscape and the environmental context.

The 2012 winner, Studio Mumbai, was selected from 26 candidates from 12 countries. The jury voted unanimously to award the prize to Studio Mumbai for the quality of the works presented and the originality of the process from which they were created: “a process based on a refined craftsmanlike knowledge that is reinterpreted and enhanced through the constant interaction of design and construction, and a collective working method in which the various contributions come together inextricably to create the end result. In these works the relationship with local tradition stems from the concrete action of creating (rather than from a specific formal or typological repertoire) and throws the very nature of the creative act into question, drawing from an empirical orientation that paves the way to fertile developments".

As Mario Botta, chairman of the jury, explains, “what is striking at Studio Mumbai are the methods involved in the creative process and the search for a relationship with history and the memory of place. This evolves into a contemporary language constructed on 2/3 embedded layers of knowledge, rather than a sinking into nostalgia. I am pleased to think that in these years of globalisation there is a return to expert craftsmanship such that architecture can once again be, first and foremost, a cultivated and erudite expression of human endeavour”.

Thanks to its aim, the highly-esteemed jury and the excellent quality of the candidates, selected by an advisory committee comprising internationally-renowned architects and architecture critics, the Award has, since 2007, taken on a leading international role. The first award was won by Solano Benitez (Paraguay), for his “architectural research, carried out in a difficult politico-economic context, a long way from the manufacturing processes dictated by globalisation” and, in 2010, it was the turn of Diébédo Francis Kéré (Burkina Faso/Germany) for his “essential, intelligent architecture that makes no concession to any superstructural components”.

The award ceremony, which will be held on 20 September 2012 at the Academy of Architecture in Mendrisio, Switzerland, will provide an excellent opportunity to debate the most topical issues in the field, such as the social and environmental value of contemporary architecture. The works submitted by the candidates, which will also be collected in a monograph published in both Italian and English, will also go on display in the Academy gallery.