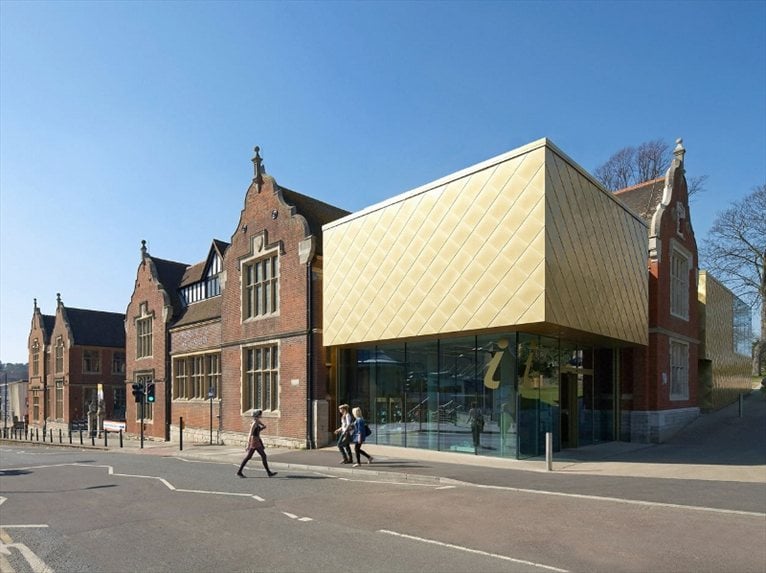 The new Maidstone Museum East Wing, in the English town in the county of Kent was designed by London firm Hugh Broughton Architects to fit into a context of great historical and scenic value.

The original part of the Maidstone Museum is actually housed in a charming Elizabethan manor house in the centre of Maidstone, the county town of Kent in the lush green countryside to the south east of London. The new wing certainly provides the museum with a rejuvenated look and it now has the opportunity of becoming a cultural centre for the city and all the surrounding area.

Covered with a golden skin, which fortunately does not recall (too much) the scales of a reptile, but rather the woven fabric of a precious rug, the new extension somehow seems to allude, with its exterior aspect to the collection of the museum, to those 'treasures' hidden inside it.

The volumes play on the slopes of the area, mixing impenetrable golden surfaces with glazed parts in a subtle play of references to and counterbalancing the red brick volumes of the old museum. The largest discontinuity with previous exhibition is given by large openings that offer visitors a spectacular immersion into the surrounding gardens.

This blend with nature would almost certainly have convinced even the early Victorian founders and would have satisfied the ambitions for this little gem in the countryside.