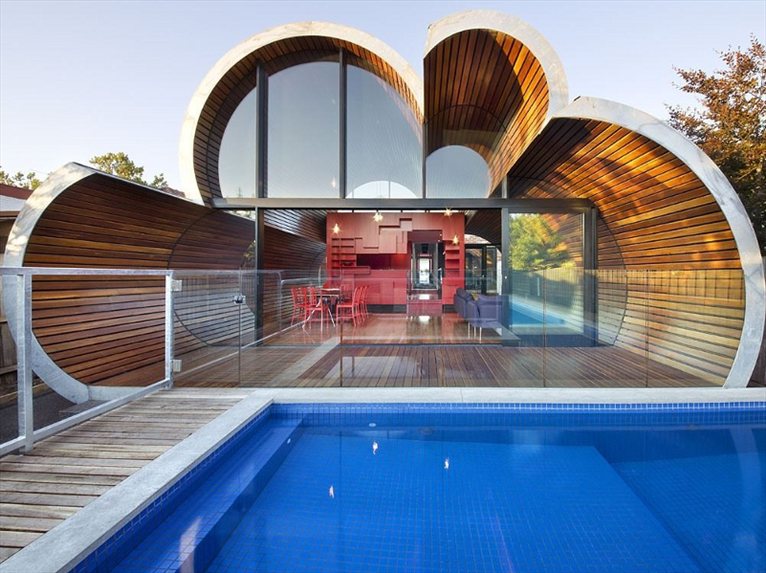 From the street front it looks like a traditional Edwardian house in a peaceful street in North Fitzroy, a suburb of Melbourne in Australia. However, the back of Cloud House hides a bold and unusual extension work designed by McBride Charles Ryan. 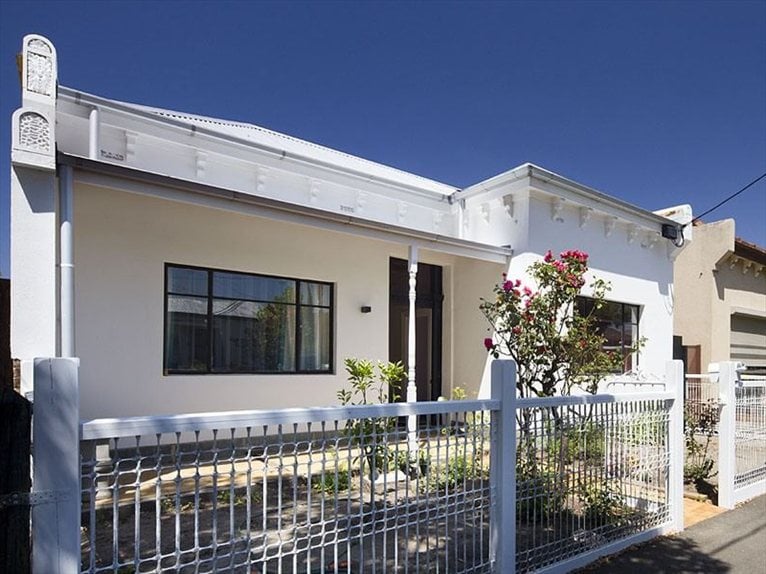 The project consists of three parts which provide a sequence of distinct and unexpected "episodes", with views that permit a preview of the spaces as you pass through the house.

The original façade overlooking the street was left untouched to show respect for the customers as regards the evolution of the territory; the modest intervention work carried out here masks the true extent of the renovation work. The spaces within the original structure are largely white and connected to one another by a passageway characterized by a floral pattern carpet.

This "journey" through space is followed by a red 'box' system consisting of inward or outward extruded models, as if it were a disintegrating volume. This space contains the kitchen, the heart of the new structure, which acts as a bridge between the major areas.

A cloud-shaped extrusion - hence the name of the house - is the final and unexpected space that "gives a playful touch to the area where family and friends can eat and have fun surrounded by the curved form." The annexed part to the south allows control of the contribution of sun and transversal ventilation and its cloud-like shape creates a dramatic internal effect that seamlessly blends walls, floors and ceiling into one.