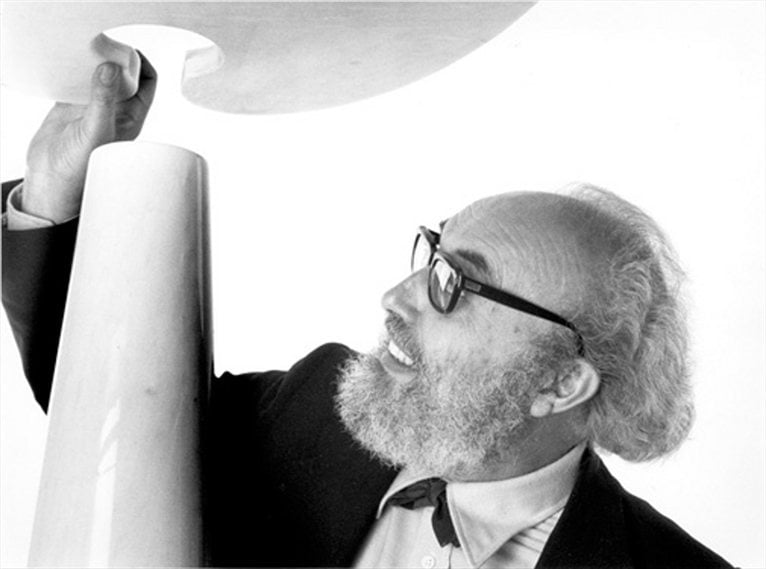 One of the great Italian architects, designers and sculptors, and one of the few capable of exporting his ideas, Angelo Mangiarotti, has died. He leaves us with the message beamed from his homepage “Happiness comes from correctness”.

As a designer he collaborated with many Italian and international design companies including Agape, Artemide and Feg winning the ADI compasso d'oro in 1994 for his contributions to industrial design. As an architect, from his first residential projects, Angelo Mangiarotti's work showed his very special way of communicating his love for his profession and the relationship between deisgn and architectonic truth, later in his hometown Milan he designed the underground stations of Repubblica and Venezia. As a sculptor, he started later, but it was a continuation of his research on design and construction. Many of his works can be found in public spaces and many have an underlying dualism of solid and void, interior and exterior and great attention to the oriental world, indeed one sculpture “Datong-simbolo” was a gift from the city of Carrara to China in 1997.

Listing his achievements would take too long, let us just say that his career began in the 1950's and his last exhibition in Japan “The philosophy of the Maestro” at the Italian Institute of culture in Tokyo ended on June 30th, just two days before his death.