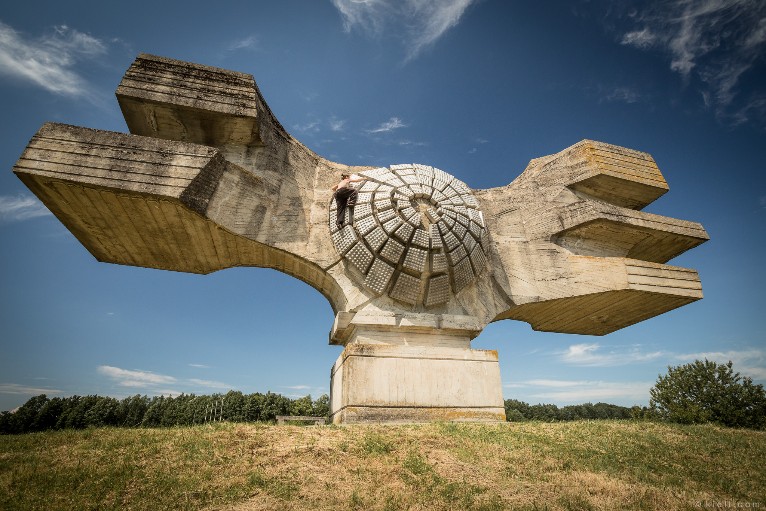 Andy Day (@kiellgram) is known for combining his passion for the practice of parkour and architectural photography. He has documented a dynamic series of images thet bring together urban exploration, memories and monumental architecture. 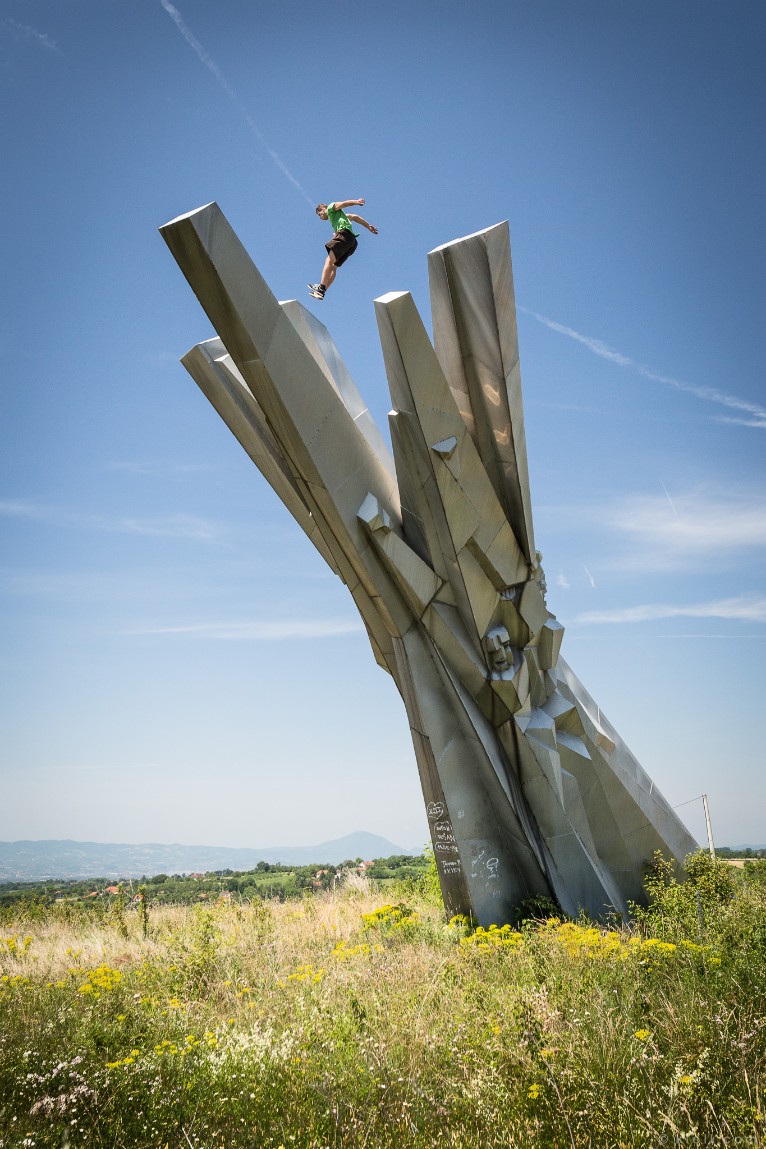 "I've been photographing and practicing parkour since its emergence in the UK in 2003. - Andy says - I attended the third ever organised gathering of practitioners as part of some research I was doing for some postgraduate studies at the University of Birmingham. Having never really taken photographs before, I took a camera along in order to at least attempt some sort of naive visual ethnography. 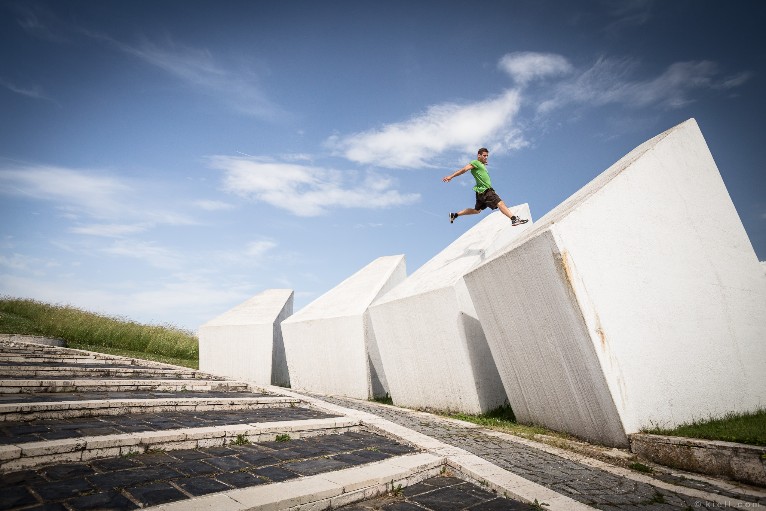 Everyone who attended seemed to love the images and my involvement grew from there, learning about photography, beginning my own training and fascination with movement in relation to the urban environment. In effect, neither came first; I learned parkour through photography and vice versa. One very much informs my understanding of the other. These days I'm much more interested in climbing, especially climbing on buildings which has a long, rich and fascinating history". 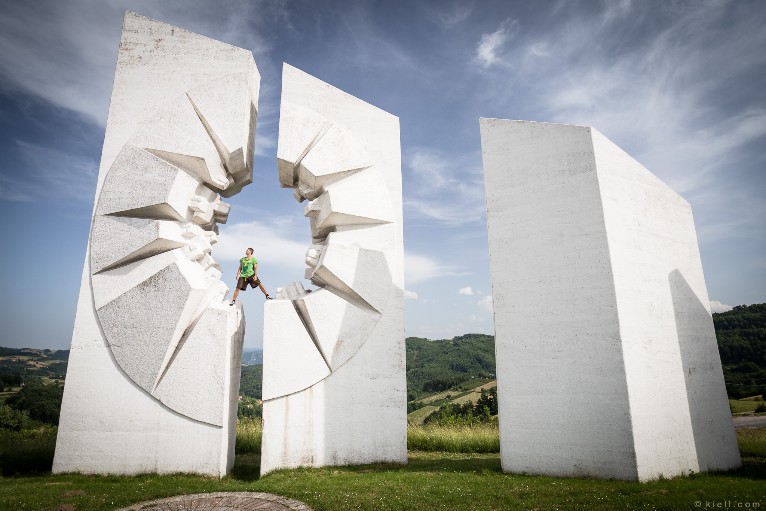 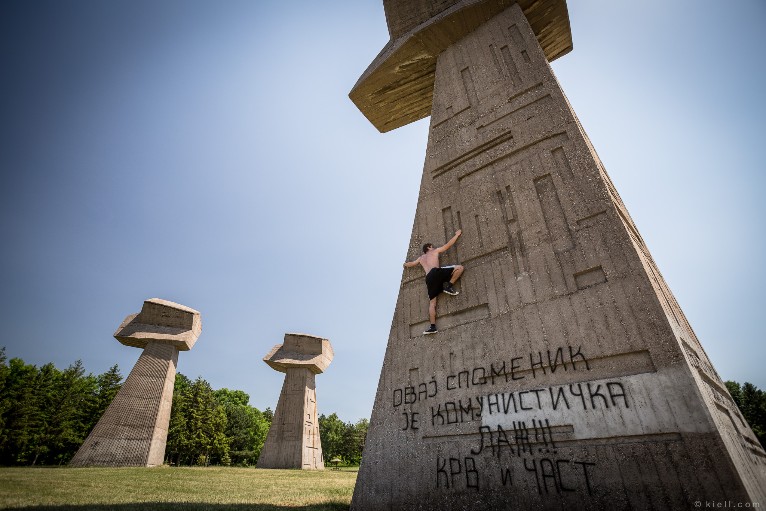 "Between April and June 2015, - he continues - I made three trips to Serbia, Croatia and Bosnia collaborating with several parkour athletes from the region in order to seek out various ‘spomenik’, World War II monuments commissioned by the regime of Marshal Tito and scattered across former Yugoslavia. 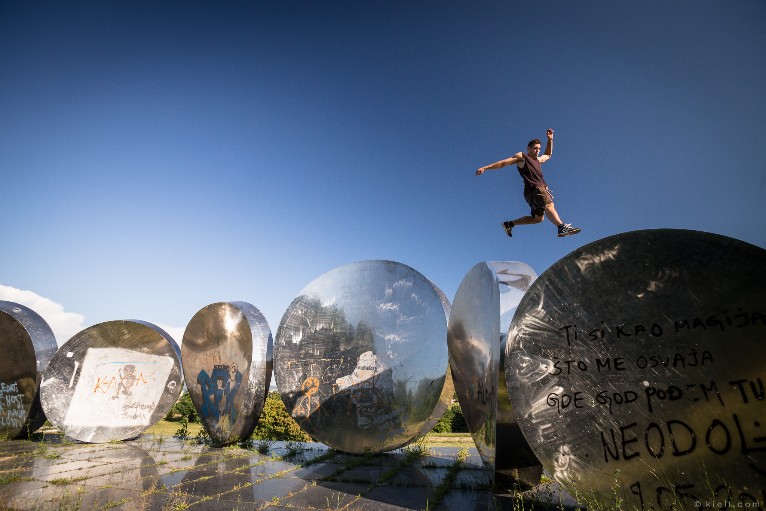 We were inspired by the photographic works of photographer Jan Kempenaers whose project and resultant book, Spomenik (2010), portrays twenty-six mysterious, otherworldly objects seemingly lost deep in the Balkan countryside". 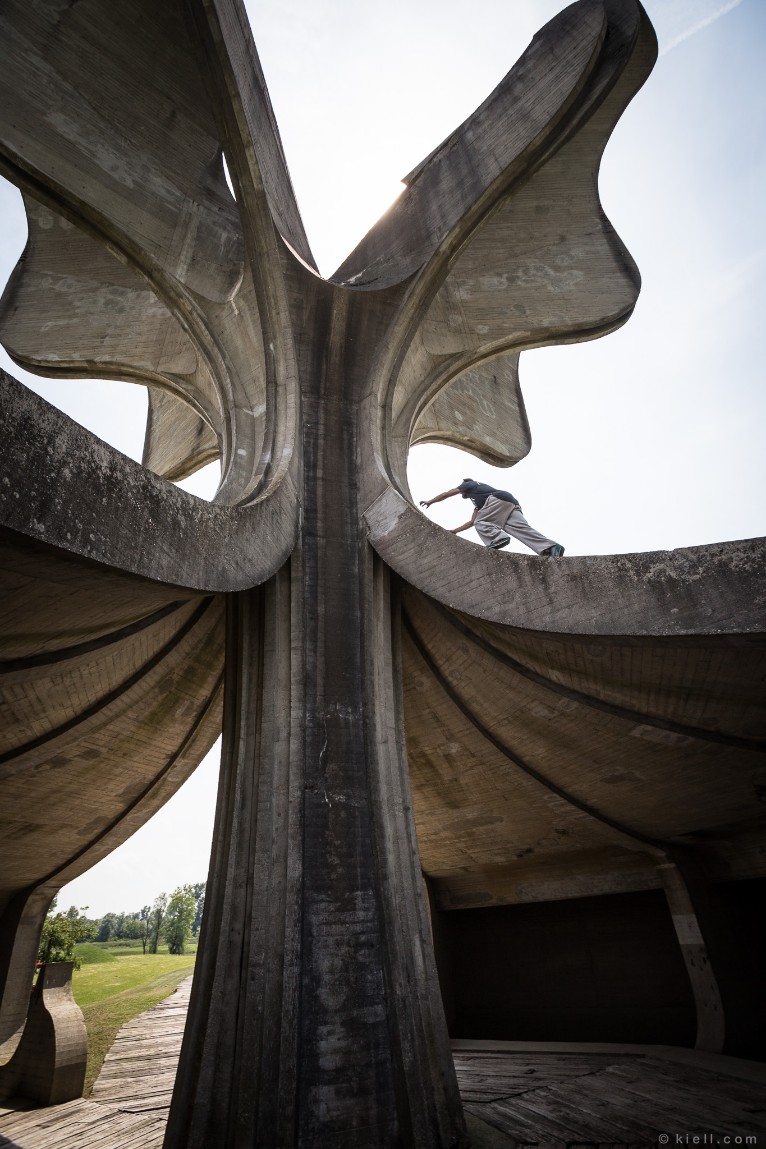 "Each of my three trips was about six or seven days, the first being a recce visit that coincided with a community training event in Belgrade, Serbia followed by a road trip across the border with some respected athletes, to Zagreb and Zadar in Croatia. 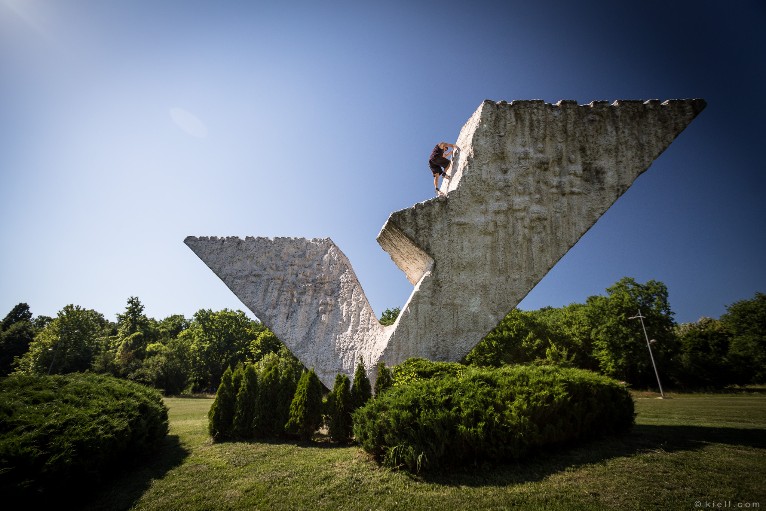 It was vital to get to know the people I was working with, develop relationships, build trust, and ensure that I understood what I was doing and that they understood what I was trying to achieve. Photography for me is a process of collaboration and I often describe my images as self-portraits on behalf of the athletes, such is their level of involvement in creating the photographs". 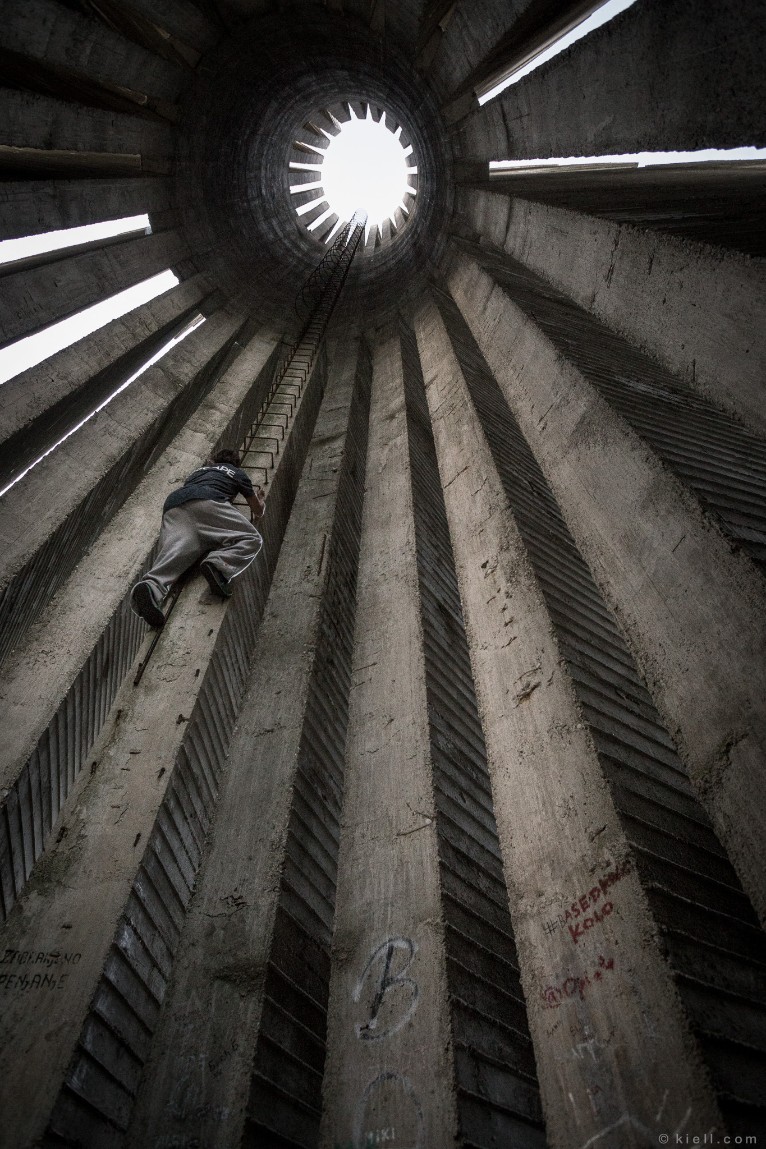 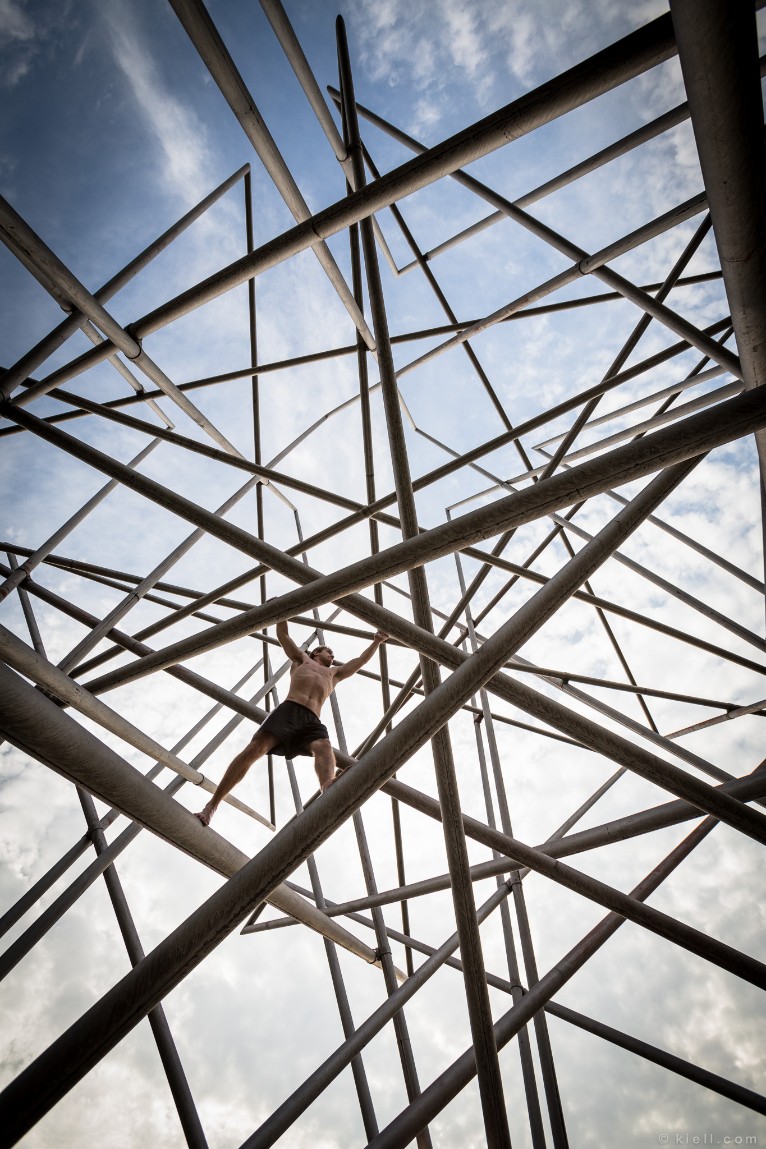 "The performance of parkour is a dynamic emplacement: a means of forging identity and subjective self-knowledge through an inventive, creative relationship with a place. It actively seeks a presence that does not attempt to resolve the tensions of the past and present, instead establishing a role within their context as a means of contemplating the self in relation to the future".

To find out more: http://www.kiell.com/