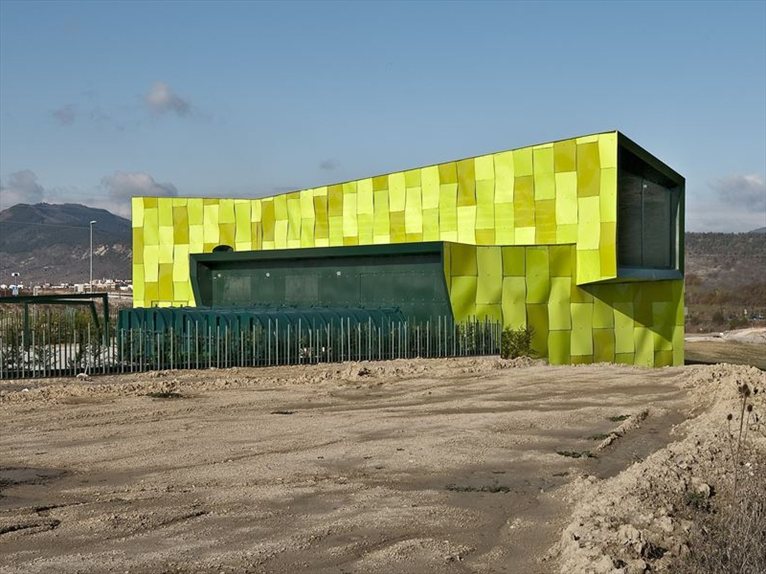 Vaillo + Irigaray Architects have designed the CUSWC Central Urban Solid Waste Collection in Huarte (Spain ) so that, unlike similar structures, it is capable of coexisting with others in the city. Most of these industrial buildings look like true factories, "blind" and insensitive to the environment.

The CUSWC in Huarte has, however, been designed as a centre with biomorph traits, capable of enhancing its own 'personality': "a building that looks and smells, with eyes and a nose." The rather noisy machines inside it have made it necessary to clad the building with several layers of soundproofing, looking like fish scales. A characteristic cladding whose recognisability may be due to the particularity of the place and to the culture that it should generate: an ecological and "green" culture.

The structure is entirely clad in a patchwork made up of large but thin recyclable painted aluminium sheets (2.5 m x 1.5 m). Its construction system is based on a process of "optimization of the cladding material" and thus exploits the deformation of this thin sheet metal: this provides an image of "swollen" scales that give the impression of a sort of swelling due to gases produced internally by the process.