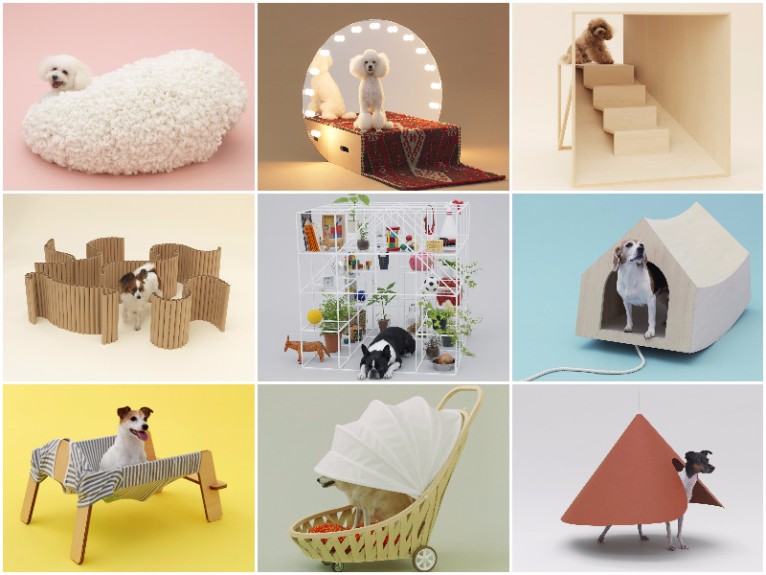 Curated by Kenya Hara, famous Japanese designer and art director of MUJI, Architecture for Dogs is a new collection of sincere architectural dog-houses, developed in collaboration with world‐class architects and designers, with the shared mission of bringing a new kind of joy to the relationship between dogs and humans. 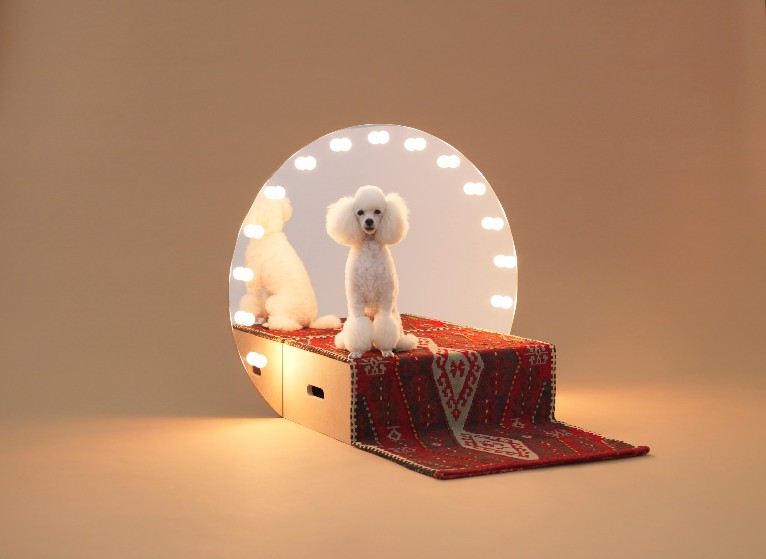 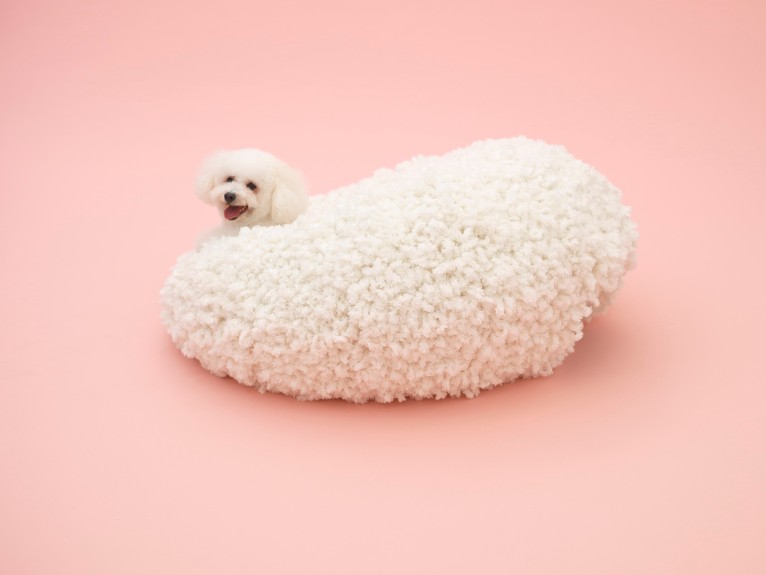 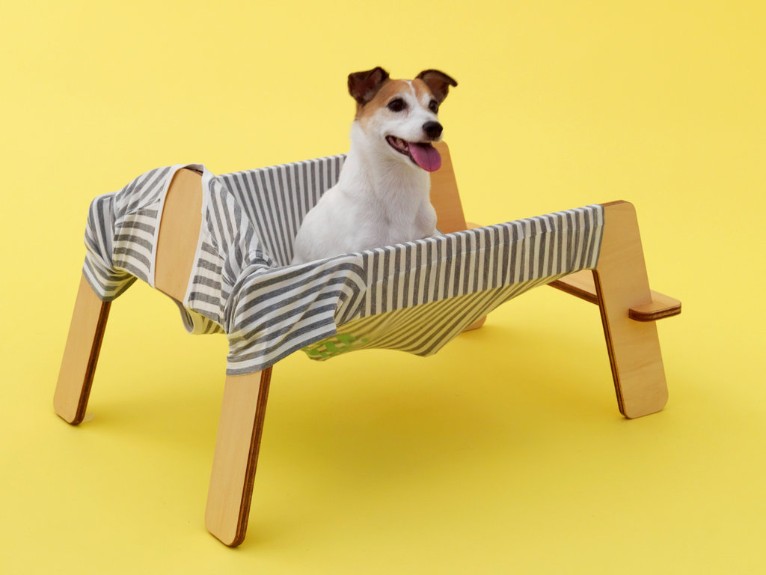 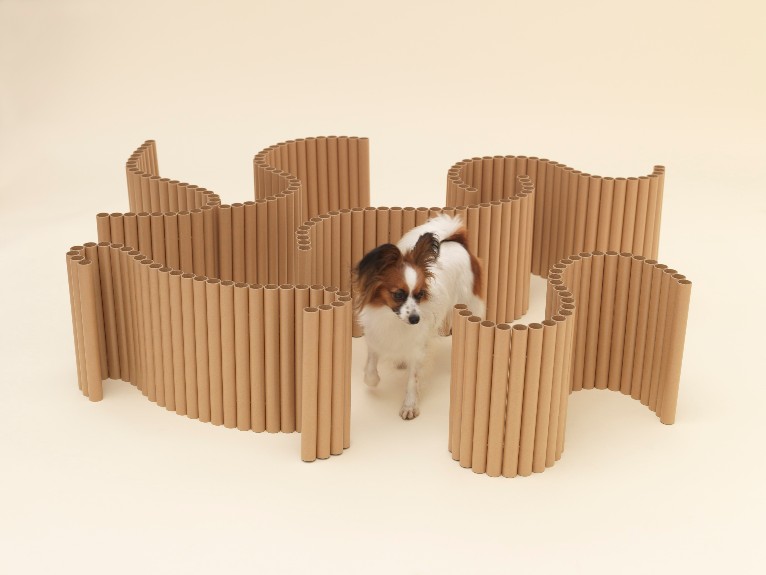 Hara said: "Practically everybody on earth is familiar with dogs and has some interest in them. The ‘dog’ represents a universal and broad-ranging theme". 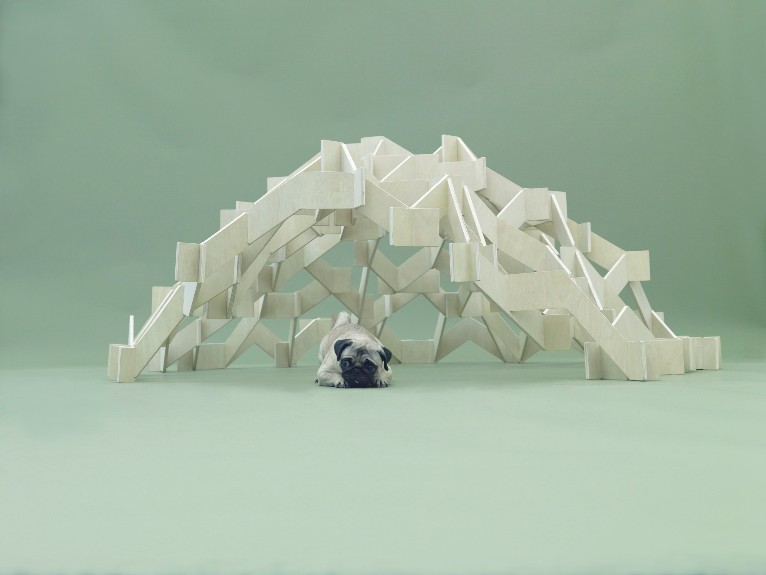 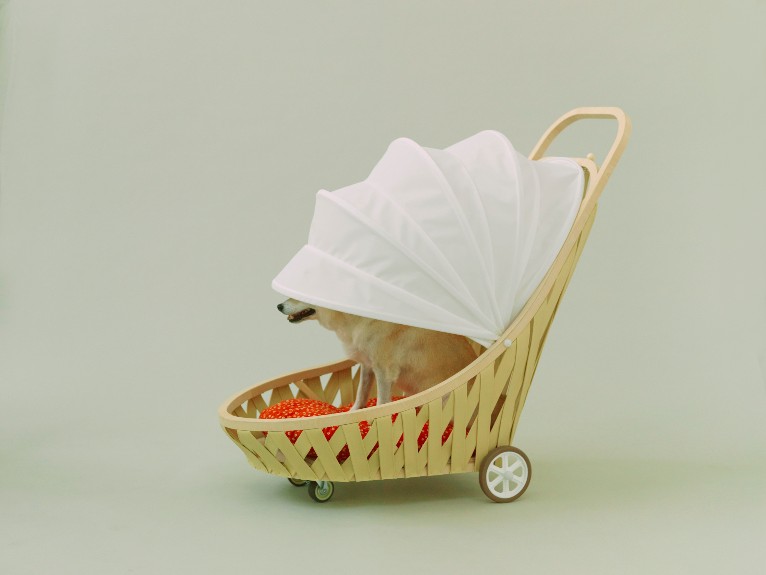 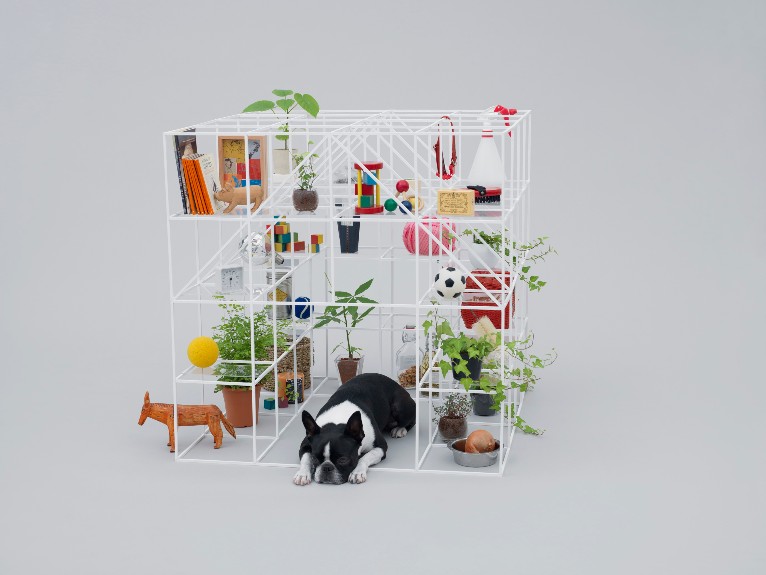 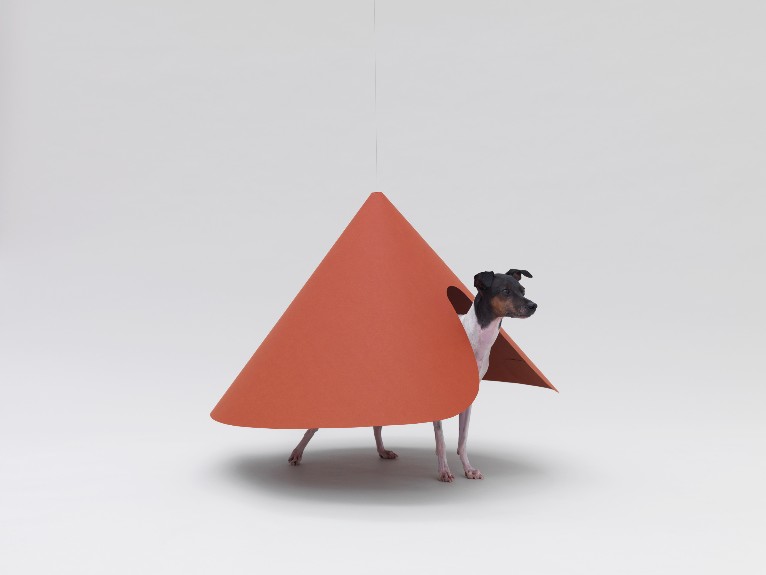 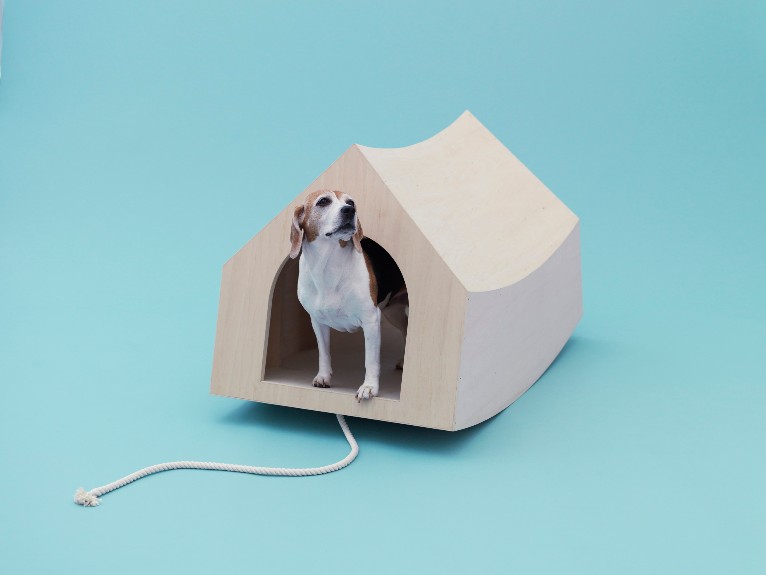 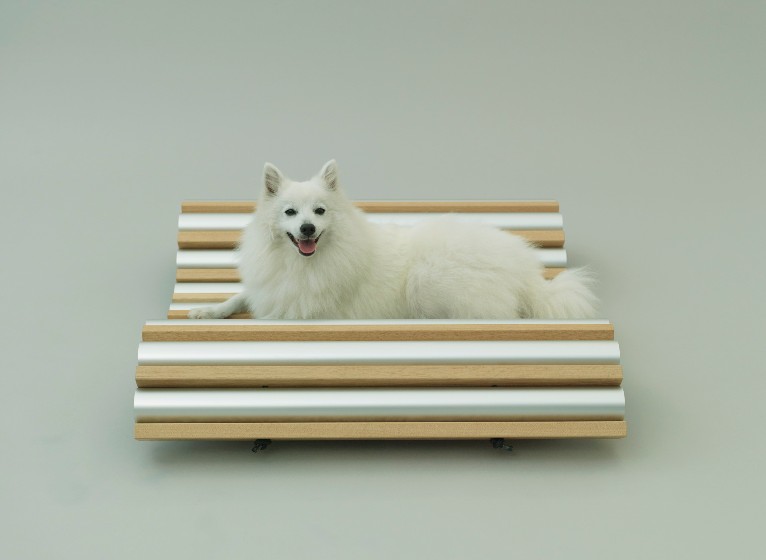 This project has started in 2012 in Miami, and has since then traveled to Los Angeles, Tokyo, Chengdu, and Kanazawa, changing form and growing with each exhibition. 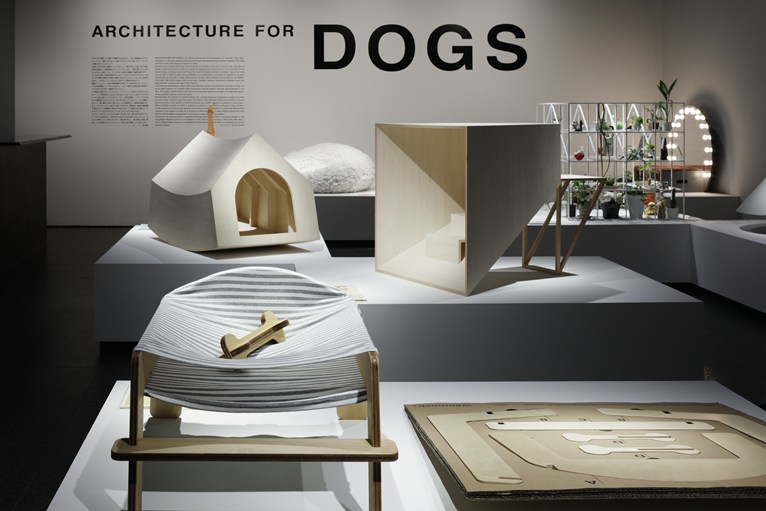 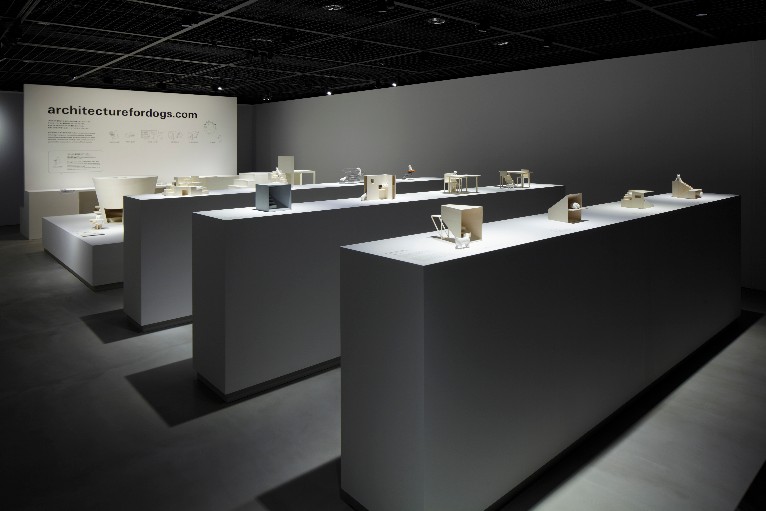 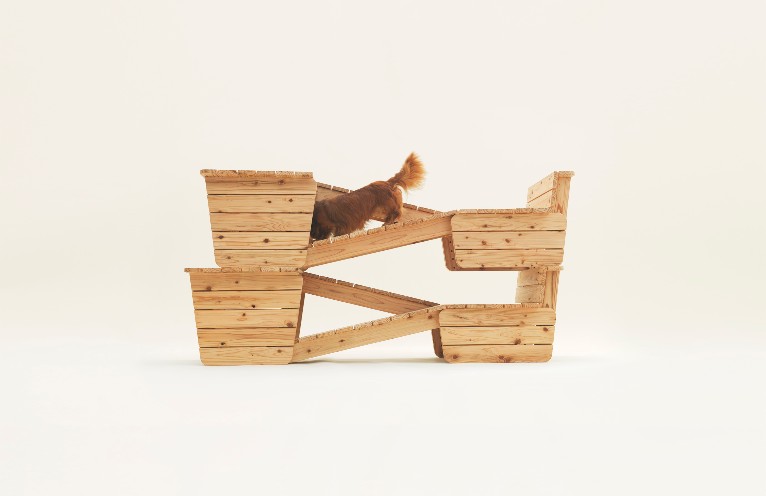 The acclaimed tour exhibition has just concluded its sixth stop at Shanghai Himalayas Museum (on October 11th). In the Shanghai exhibition, newly welcomed Chinese architect Ma Yansong adds even more volume and depth to the project. 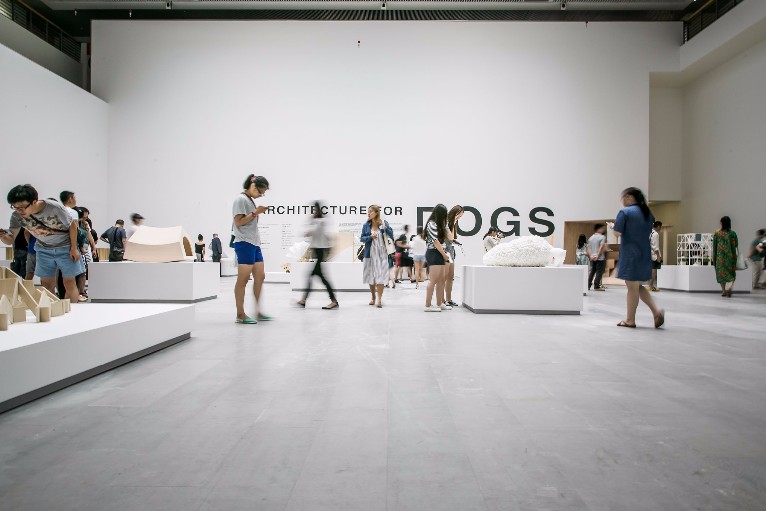 The exhibition intends to inspire people to take a new and different point of view on questions such as “if we were to imagine an environment based on the scale of dogs, what would it be like?”.