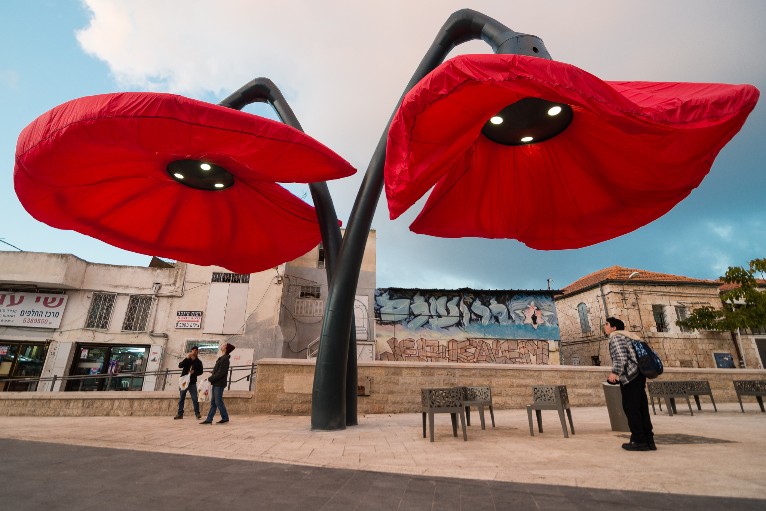 “Warde” - An urban installation located in Vallero Square, in the heart of Jerusalem, positioned at the entry of the main open market and a tram line station, is composed of four 30’ high and 30’ wide inflatable flowers. This installation, created by HQ architects, is part of the municipality’s effort to improve the urban space of the city center.

The existing square is in poor condition. Divided by the tram line into two urban spaces, with no supported program around them, and filled with inevitable urban facilities such as waste composter and electricity sub-station, which a patchwork of ongoing landscape attempts to fix the non-coherent environment couldn’t save. 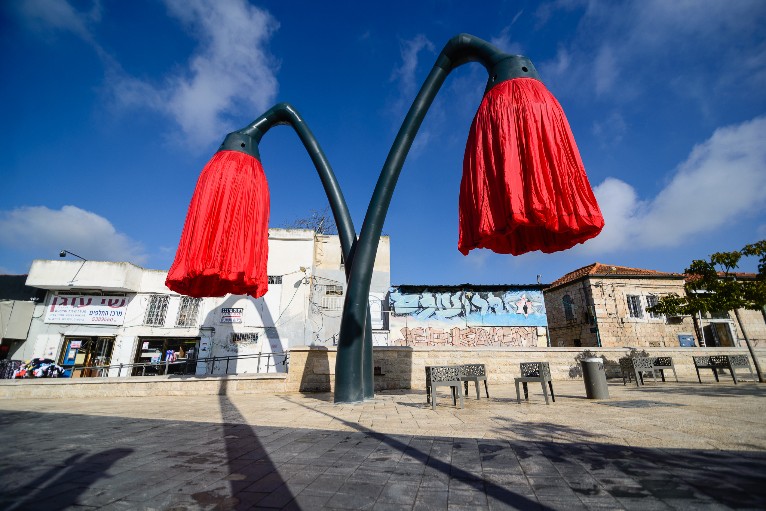 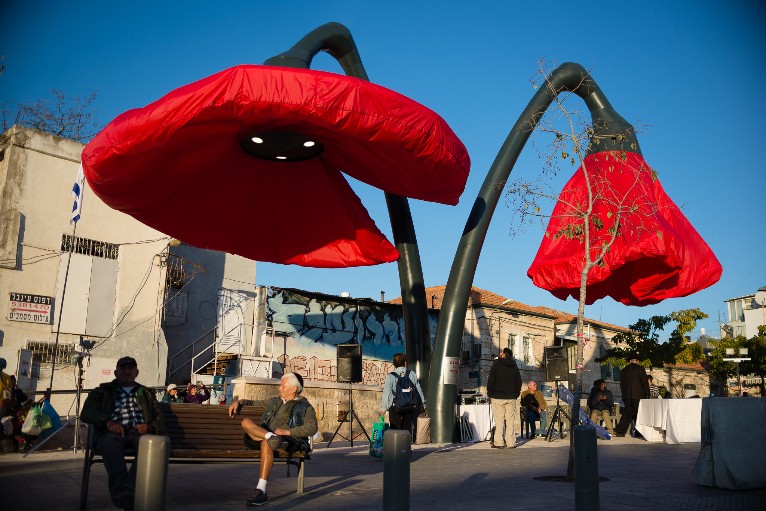 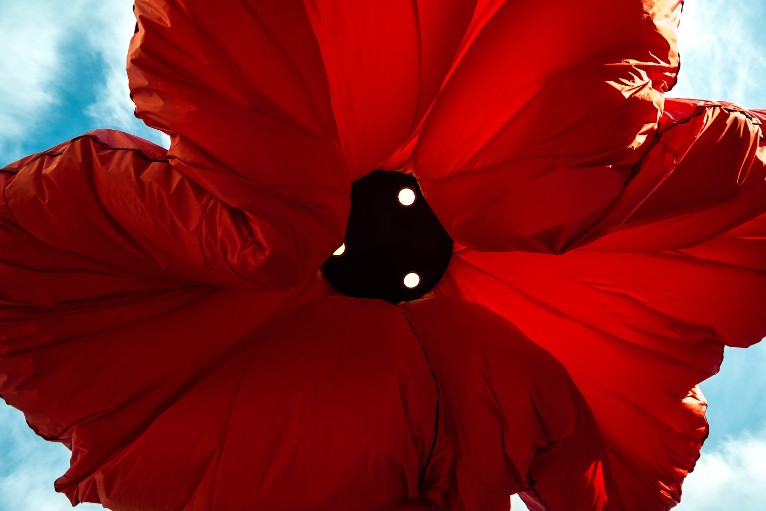 Warde's attempt was not to fight the chaos, but instead to try and “tighten up urban space”, to spread around such fantastic elements that would overcome the reality of the square on one-hand, and will be able to stand for themselves in the non realistic situation of Jerusalem on the other. 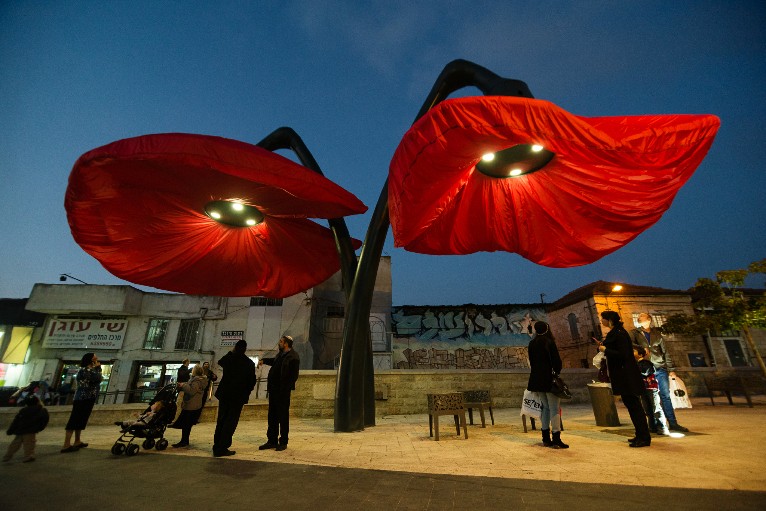 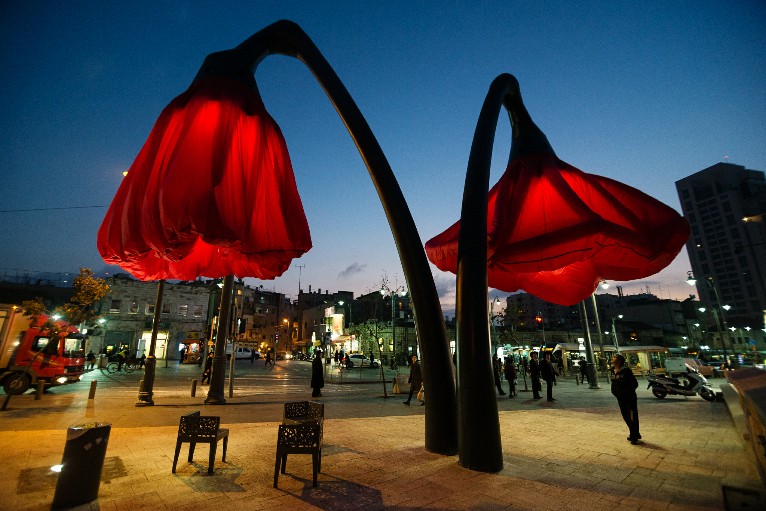 Four giants flowers were carefully positioned to be viewed from all around the square, and from the market near by, each is separately inflated and reacts to the situation around it, so that whenever pedestrians walk by, the flowers inflate and open up, and then deflate and close as the people walk away. 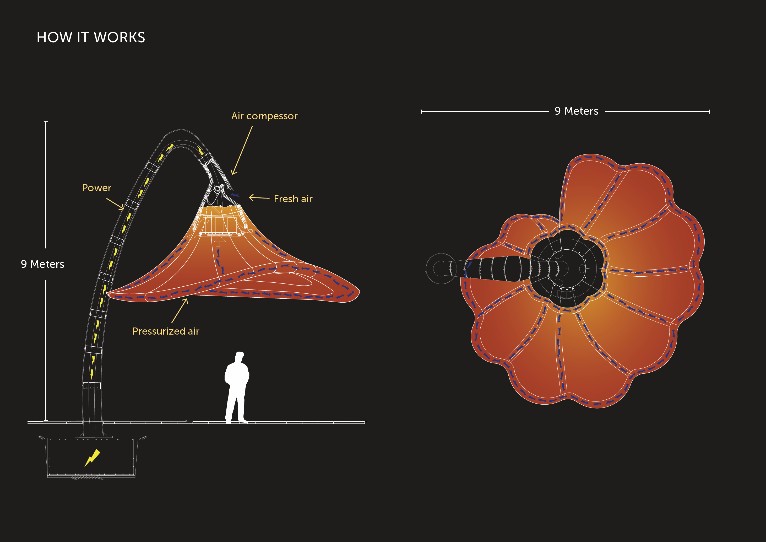 If a by-passer is looking for a moment of shade during the hot summer days, the flower will inflate and stay open until the person leaves. When the tram is approaching the station - all four flowers will inflate at once and signal the shoppers to hurry if they want to catch the tram. The Urban space suddenly reacts to the people using it. 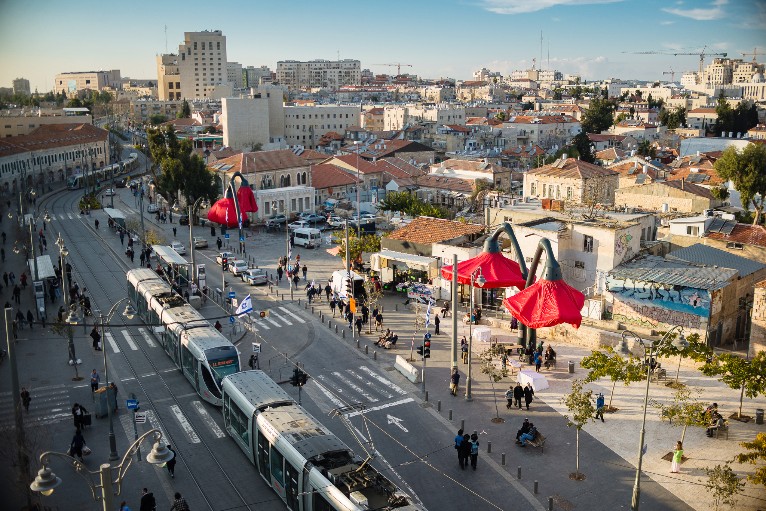